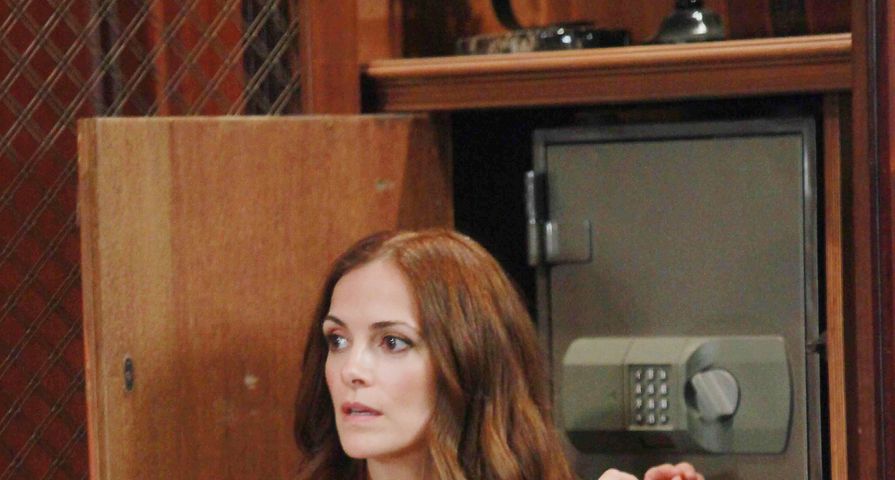 The land of daytime drama can be a revolving door when it comes to some actors/actresses and their characters, while others seem to last the long haul. Port Charles is no exception to this rule, with people coming to visit the little town, staying for a while, and leaving unexpectedly. As such, below are some General Hospital (GH) character exits no one saw coming.

Here’s an instance when a character can leave a show, only to end up coming back with a splashing return. Jax is set to arrive back on GH and soon; however, back in 2011, he simply decided to leave Port Charles. In fact, vanished after he was at ease knowing that Carly would safely raise and protect their daughter Josslyn away from Sonny’s influence. Boy, was he way off on that one.

When Alan suffered a heart attack during the Metro hostage crisis in early 2007, many fans thought there would be hope once he was taken to the hospital. That hope was lost when he passed away after Monica professed performed surgery on him, and professed her love to him one final time. As a long-time character, not only were GH fans shocked to see him exit, they were devasted as well.

Nothing overly dramatic around Griffin Munro’s recent exit; however, in the land of social media and the Internet, these things tend to get leaked out rather quickly. Munro would leave Port Charles in a quiet fashion, in need of a fresh start after his girlfriend Kiki died, but it was something most GH fans didn’t see coming.

Speaking of, while actress Hayley Erin promised her fans that her primetime jump to Pretty Little Liars wouldn’t affect her GH stint, in the end, it did. When Ryan’s first major character victim ended up being Kiki Jerome, it completely made sense; however, in a lot of ways, Jerome’s death was very unexpected.

Whenever serial killers are out on the loose, no one is safe. Having said that, when a victim is murdered, it still sends shockwaves with viewers. Such was the case when Georgie Jones was strangled at the hands of the Text Message Killer in late 2007. No one expected that Georgie would be the killer’s next target, as at the time, it seemed to be Carly.

Villains tend to have nine lives in the land of daytime drama; therefore, the death of Cesar Faison earlier in 2018 was unexpected to say the least. More so in the fact that one would expect Faison to have fallen down a cliff or be on a boat that exploded, leaving a window of opportunity for the character to return. Not this time around! Faison was killed, with his dead body in the GH morgue to solidify his shocking exit.

Which leads to another exit around the above storyline — Nathan West. Not only was this character a major player in Port Charles at the time, one-half of a super couple, and recently married to his love Maxie, but he was also a beloved fan favorite. Nobody expected Nathan to die and in such a final way.

When Sam realized that Jake Doe was really Jason (even though it would end being he wasn’t), it seemed as if all bets were off when it came to her relationship with Patrick. What unfolded after that was really quick, and if fans missed a couple of episodes in January 2016, then it would seem confusing because Robin and Patrick would be reunited, decide to remarry, and then move to California.

No major characters were killed off during the General Hospital serial killer storyline back in 2016, well, except for poor Sabrina Santiago. GH fans knew that at some point, someone from the main cast would be in the line of fire, but Sabrina getting strangled at the hands of Paul Hornsby was something no one saw coming.

Anna Devane and Duke Lavery made quite the super couple in their day; however, his involvement in the mob always plagued the relationship. Just when fans thought they would finally get their happily ever after, Julian Jerome would get the last laugh on Duke, having Carlos Rivera shoot his nemesis in the stomach, resulting in Lavery’s death and exit from the show.

GH viewers fell in love with Hayden Barnes fast and furiously, with the character establishing roots in Port Charles only after a mere two years of living there. Her super couple relationship with Dr. Finn Hamilton was fantastic, which made her exit in 2017 very unexpected. Sadly, Hayden was pregnant as well, without Finn knowing. This leaves a huge opening for a big storyline and return, one that many fans wish would happen sooner than later.

One of the most popular and legendary characters to come out of GH has to be the “Stone Cold” Jason Morgan character, which made his exit in 2012 something that was not expected by fans in the least. Not only was he shot, but he also fell into water, and by accounts seemed gone for good. But this is the land of daytime drama, where no one is really “dead” and much to the delight of fans, Morgan would eventually return.