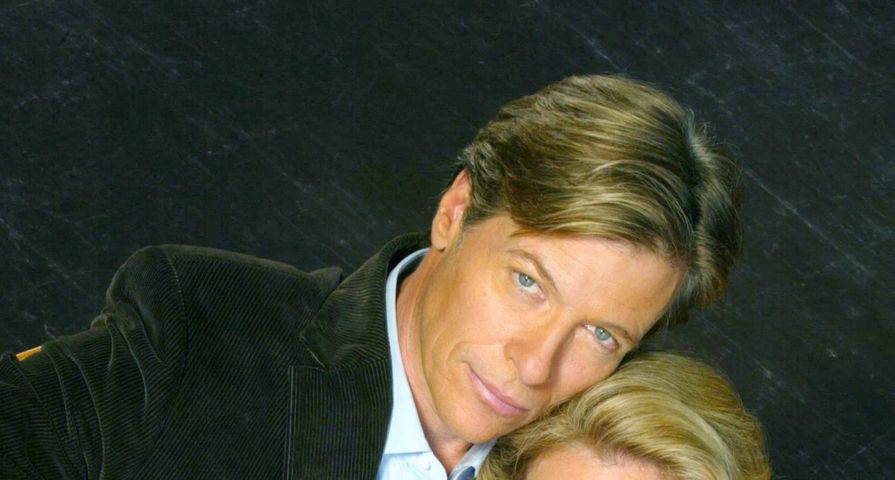 Super couples make the world go around in the land of daytime drama and there is nothing fans love more than a good love story. There are those twosomes out there that simply work, and then there are those that don’t. There are also relationships that seem like perfection, but don’t make it for the long haul. Below are 12 General Hospital (GH) couples that should have made it but didn’t.

These two were the ”it” couple in the 1980s within Port Charles. Robert’s humor mixed in with Holly’s charm lit up daytime screens everywhere. Sadly, the two went their separate ways in the late ‘80s when Robert’s ex, Anna Devane, showed up with their daughter Robin. In a world where couples reunite all the time, these two have oddly never hooked up since.

Speaking of Anna and Robert, wonder if Holly would’ve bowed out of their relationship had she known that they would not end up together when all was said and done? Anna and Robert have remained good friends over the years, and still have a ton of onscreen chemistry; however, the life of a super spy for Robert has kept these two apart in the long run.

Julexis rode a high wave a few years ago and the two were a huge GH couple with a large fan following (thus the two having their own name viewers could refer them as). This super couple was destined to live their happily ever after until Julian got pulled back into the mob, thanks to his family. Things went very crazy after that with Julian even trying to kill the love of his life mere months after they wed. There is still a small chance for these two, but only time will tell.

Forget Sam — how many GH fans would like to see Jason end up with Robin? These two had a very intense relationship and Robin revealed a very softer side to the “Stone Cold” character. At the end of the day, while these two made an incredible couple, Robin couldn’t live with Jason’s career choices and they sadly went their separate ways.

Frisco and Felicia made a solid super couple in the ‘80s and ‘90s, and their love produced two incredible daughters, Georgia and Maxie. This couple had chemistry, great communication, and created some light humor during their time onscreen. The only issue between them? Frisco’s need to jaunt off all across the globe for the WSB and his super spy career. They really should have made it in the end, but they didn’t.

When push comes to shove, Brenda has had two great loves in Port Charles, both very different men. Sonny was the bad boy and mob boss, while Jax was the pretty boy with a flair for adventure. While no one feels sorry for Brenda that she constantly was being pulled in each direction from these two, had there been no Sonny around, Brenda and Jax probably would have made it in the love department.

Speaking of Jax, there was a time when he was able to forget about Brenda and forge a pretty healthy relationship with resident bad girl (who cleaned up her act), Carly Corinthos. What kept these two for making it to the end? A mob boss called Sonny Corinthos. It’s interesting how two men that are so different can have the exact same taste in women.

There’s something about dating your best friend’s sister, and this can become a recurring theme in both real life and the land of soap operas. When Jason hooked up with Courtney, big brother Sonny wasn’t too thrilled, but the idea eventually grew on him. Unfortunately, these two didn’t last for the same reason that many of Jason’s relationships in the past: his affiliation with Port Charles’ mob scene.

GH fans literally watched these two teenagers fall in love, grow into adults, and build their own family. The couple went through their ups and downs over the years, which included affairs, substance abuse issues, and general marital problems; however, the ultimate downfall was Liz’s affair with half-brother Nikolas Cassadine.

Has anyone wondered why the writers over at GH have not created a Lucy Coe/Kevin Collins reunion now that they are both in Port Charles again? Laura and Kevin do make a cute pair; however, Lucy and Kevin were simply magical on daytime screens. Kevin brought out the best in Lucy, and Lucy helped bring out the adventure in Kevin.

Brenda and Sonny had something truly special on daytime, and not many couples share a chemistry like these two had back in the day. Even when they would simply look at each other, sparks would fly everywhere. While they had their ups and downs, break ups and make ups, things didn’t work out with this couple because of bad timing and Sonny’s mob job.

Still standing as the most-watched daytime hour in American television history, Luke and Laura’s wedding was a pop culture phenomenon. The twosome became the benchmark of soap opera super couples, and fans continue to watch their romance on reruns, wondering where it all went wrong? It’s hard to say with Luke and Laura, the two were amazing together and perhaps the reason they didn’t end up together had more to do with actors that played them (and their contracts, schedules, and personal opinions when it came to storylines), versus the characters themselves.