MTV’s Teen Mom: 11 Latest Scandals And Surprises From The Cast 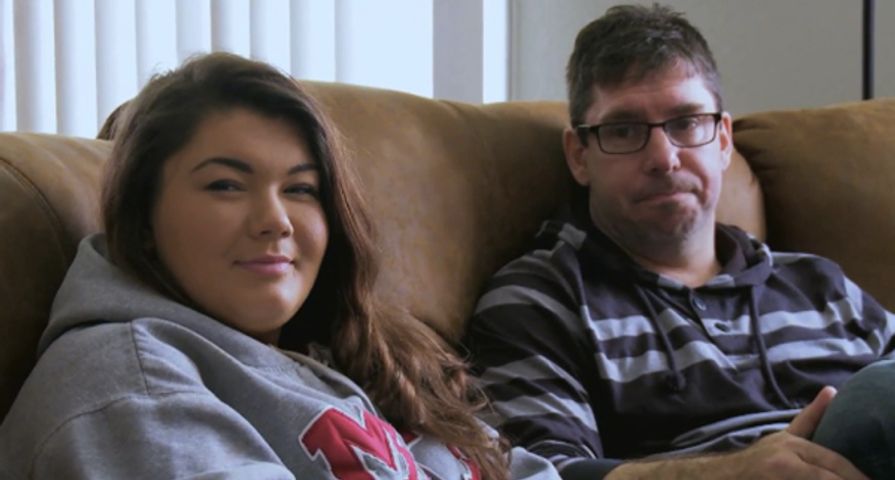 MTV has created quite the popular franchise with 16 and Pregnant which has spun-off to Teen Mom OG and Teen Mom 2. The latest season of Teen Mom OG has just finished, leaving us with more questions than answers about the four moms and their families, and March 21st will mark the season premiere of Teen Mom 2‘s seventh season. Drama is no short supply for all eight ladies, and even when cameras aren’t rolling, big things are happening in their lives, and just recently there have been a ton of shocking news and big scandals for the various cast members. Before the new seasons gets going, get all caught up with the 11 lates scandals and surprises from Farrah, Caitlyn, Maci, Amber, Leah, Kailyn, Jenelle, and Chelsea!

When it comes down to it, Chelsea Houska has the least eventful life (in a good way) out of all the Teen Moms. The Teen Mom 2 star has a solid job, a nice house, a great support system and an awesome relationship with her daughter Aubree. Now things have only gotten better for her after she met the seemingly perfect guy, Cole DeBoer, and they became engaged in November 2015. Given how quiet Cole is, it was surprising how fast the relationship has gone downhill and the only drama in her life remains Aubree’s father Adam Lind who is preparing to take her to court on the newest season of Teen Mom 2.

Last season of Teen Mom 2 saw Leah Messer get accused of being dependent on drugs, and her ability to parent was questioned after her children were late for school several times and she was filmed giving them dinner at midnight. The newest season will see Leah lose primary custody of her twins to her ex Corey Simms; however, at the end of this past January, their custody battle took another turn when she already won back shared custody. Basically reverting to the schedule they had before, which was all surprisingly fast after Corey finally got full custody which he has been battling for for years.

A few of the Teen Mom stars have underwent plastic surgery over the years. Some of them have even had it documented on the show, but many were surprised by the major plastic surgery Teen Mom 2 star Kailyn Lowry underwent in January. According to reports, Lowry got liposuction which included a tummy tuck as well as got a Brazilian butt lift done by the famous celebrity plastic surgeon Dr. Michael “Miami” Salzhauer. Lowry posted photos with Dr. Miami afterwards. While he also shared some pretty graphic before and after pictures, Lowry has now taken down the pictures and has not mentioned her surgery since.

In the last few episodes of Teen Mom OG season five, Caitlyn’s husband Tyler, as well as his mom questioned whether or not Caitlyn was suffering from post-partum depression. Although Caitlyn knows she now struggles with anxiety, which has also been addressed on the show, it wasn’t until the last episode did she realize she might actually have postpartum depression.

Ever since getting into a relationship and then having a baby with Taylor McKinney, Maci Bookout has been all about the wedding talk. She repeated that she did not like her family asking why she had two babies from two different dads, but no ring on her finger, and she and Taylor even got in a fight with her persistence to get engaged on the recent season of Teen Mom OG. Although he talked about it with his friends too, Taylor really seemed to be dragging his feet on a proposal until mid-January when he planned the whole thing out and surprised Maci with a ring… finally!

Farrah had a lot of big moments in the finale of Teen Mom OG season 5, but one of the most shocking was the discussion of a possible engagement to her on-again, off-again boyfriend Simon Saran. The two have had less than an ideal relationship for quite awhile which has included heated interactions and severe attitude from both, not too mention Simon just doesn’t really seem that into Farrah. It was unbelievable when the two looked at engagement rings together, but $17k was too “cheap” for Farrah’s taste. Regardless, we have no idea where the couple stand now in their relationship.

Jenelle Evans always has drama, and she always has a new boyfriend that she gets serious with way too quickly, which her mom Barbara pointed out in the trailer for the new season of Teen Mom 2. Jenelle has now been dating David Eason for awhile since her dramatic and nasty split with her second son’s father, Nathan. The trailer also revealed some bad news; however, when Nathan states that Eason was in jail for domestic violence, something Jenelle sadly is no stranger to. The trailer also showed that Barbara is no fan of David’s, calling him Jenelle’s “worst boyfriend yet” which we know is something considering all Barbara has gone through with Jenelle’s exes, most notably Courtland and Keiffer. Needless to say this relationship is bound to be as dramatic as all the rest for the troubled reality star. https://www.youtube.com/watch?v=fqZVhvoRoBk

An absolutely huge shock of the Teen Mom 2 season 7 trailer was when it was revealed that Kailyn Lowry and her husband Javi Marroquin suffered a miscarriage. The two have also had a rocky marriage while parenting Kailyn’s son Isaac with her ex Jo and their own son Lincoln, and no one was aware they were trying or prepared to have another child together, but it was exceptionally sad when a tearful Javi stated, “You know how much I wanted that baby.”

Maci Bookout has already had two surprises starting with her son Bentley whom she shares with her ex Ryan and started her journey on 16 and Pregnant and then Teen Mom. She then welcomed daughter Jayde in May 2015 with Taylor McKinney, and then on Valentine’s Day 2016 she announced that she and Taylor are already expecting a baby boy! Even more surprising, Maci later revealed that she didn’t know she was pregnant until she was 21 weeks along and only found out two days after Taylor proposed. She also stated she was actually at the doctors to get her birth control prescription when they told her she was already pregnant which means their son is also due in May, one day after Jayde’s first birthday!

Although Farrah’s possible engagement was very surprising, she also couldn’t go through an episode without a scandal, and did she ever deliver! On the Teen Mom OG season finale, Farrah rips into Teen Mom producers because she is angry her contract doesn’t let her sign on to do a therapy show with her mom. She had a classic Farrah meltdown which included some very harsh insults aimed at producer Larry, but she took things to a whole other level when she physically shoved him. MTV have always been very strict about physical violence on their shows, and although Farrah insisted she quit the show for real this time, it will be interesting to see not only if she does return, but if she will be allowed to for her actions against the producer.

Amber Portwood has been doing very well lately. She has calmed down and matured considerably and has bought herself a nice house all to ensure she can get some sort of custody back of her daughter Leah from her ex, Gary. The one thing causing drama in her life, however, is her fiance Matt. Fans of the show as well as Amber’s family have expressed concerned about Matt who is nearly 20 years older than Amber. This last season it was revealed that instead of the two children he said he had, he may actually have seven and apparently he is not paying child support for any of them. Surprisingly, Amber stayed by his side, but now things have gotten worse as it seems to be proven Matt has been preying on the Teen Mom stars for fame. Amber has always been open that she and Matt met on Twitter, but a look into his Twitter past shows she isn’t the only one he has gone after. Radar Online dug up old tweets in which Matt was hitting on Farrah in early 2014 writing to her things like “u r very beautiful” and “I think they should do a teen mom beauty pageant THAT would be great tv. Although @F1abraham would win in a landslide #teenmom.” He also offered to take her out after she tweeted about online dating. If things couldn’t get much worse, in more old tweets Matt bashes Teen Mom 2 stars Kailyn and Jenelle. Some of his most offensive tweets are aimed at Kailyn, like, “What was the topic of Kailyn’s book? How to bang ugly dudes, cheat in a shower and have my face always look like I’m allergic to shellfish?” This is not looking good for Matt, especially after everyone watched him be all nice and polite to Kailyn when they all attended Caitlyn and Tyler’s wedding on this season of Teen Mom OG.