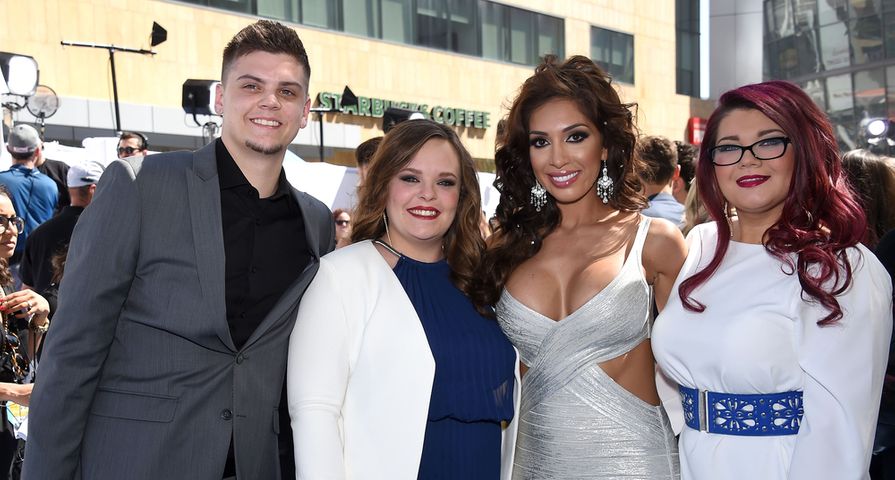 Teen Mom and Teen Mom 2 have quickly become not only one of MTV’s most successful series on television, but one of the most popular reality TV series on right now. A lot of fans have watched right from the star’s 16 & Pregnant episodes, and have seen almost all of the couples break-up when faced with being young parents, except of course for fan favorites Catelynn Lowell and Tyler Baltierra. Considering fans have watched the young couple grow together for many years now from struggling with placing their first daughter to be adopted to getting married and welcoming another daughter, many think they know everything there is to know about the pair!

Fans of the couple are well aware that they got together young, but it was actually when they were only 12 years old and met in their 7th grade music class. Over the years they have reminisced about starting their relationship so young, but Tyler’s reasoning wasn’t very romantic. In their book Conquering Chaos, which they co-wrote, Tyler explained what first attracted him to Cate. “She’s got bigger tits than any other girl in the 7th grade,” Tyler wrote of his very first thoughts on being interested in Cate. Luckily he has said more romantic things too, such as, “I have loved her since the moment I saw her. Her punk rocker hair and attitude matched perfectly for my edgy, hyper personality.”

Although Tyler wasn’t a virgin when he and Cate started dating, she was, and she wasn’t about to just have it happen despite Tyler constantly asking. In the book, Catelynn wrote about her decision to wait with Tyler, despite some pressure from him. “Tyler really wanted to have sex, but I made him wait for about nine months. I never worried that he’d dump me liked he’d dump those other girls. Not because I was sure he wouldn’t, but because if he did, that would just mean he wasn’t the right guy for me. It was that simple. I wasn’t going to compromise my self-respect.” However, when the two did begin having sex they said they did it “all the time,” and admitted they didn’t use protection. “We were doing adult things with a child’s level of understanding,” Tyler explained of how they ended up pregnant at 16.

Unfortunately, both Tyler and Catelynn were raised in households which were fueled by partying, drugs and alcohol and both struggled with having parents who were addicts. There is a lot of respect for both Catelynn and Tyler for being able to separate themselves from that lifestyle as the cycle usually repeats itself, but that’s not to say they weren’t involved with drugs at all. Both have recalled scary experiences from getting high from all kinds of methods, and Tyler admitted he even started using cocaine, but when Catelynn found out she put an end to it. The two were adamant about cutting out smoking weed once they became pregnant with Carly, but recently Tyler shocked fans when in a Twitter exchange he admitted that he smokes weed “when i have free time.” He added, ““Marijuana is only bad if the user makes it bad. Alcohol is only bad when the user abuses it… crack, heroin & meth? #ScrewAllThat.” In the season premiere of season six of Teen Mom OG, Catelynn also admitted that she smokes weed at least twice a day as a way to try to deal with her depression. 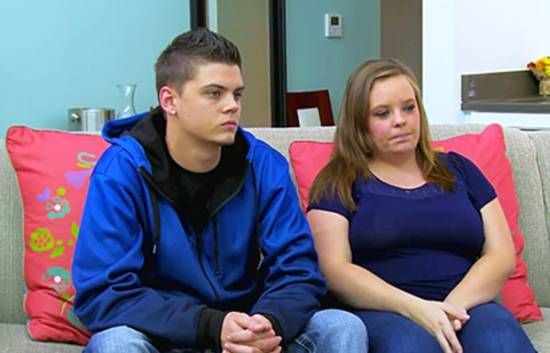 Both Tyler and Catelynn did not hold book when writing their memoir, and Tyler ended up revealing some things about his past that were truly shocking. The reason Tyler wasn’t a virgin when he met Catelynn when they were only 12 is because he was molested by a friend of his older sister when he was only 9 years old. “One day I went over to her house with my sister and some other people, and for some reason or another, everyone else left but this older girl and me,” he recalled in the book. “For the next several hours, it was sex act after sex act after sex act. It went on all day. She had us doing everything she could think of, one thing after another.” He says he felt confused: “I didn’t know what the hell had happened.” He also revealed that because of what happened, he had a skewed perspective of sex. “It made me think sex was something kids could do, which influenced me to act too sexual when I was too young.”

Catelynn and Tyler made a huge step both in their relationship and lives in general when they bought their very own house in Michigan after growing up in trailer parks where their homes were fueled by drugs and alcohol. Many fans don’t remember when the young couple moved into an apartment at the beginning of season 3 when they were 19 years old. It flew under the radar, but apparently that living situation didn’t work out so well as they were evicted in the summer of 2011 for not paying rent! They moved to the apartment in August of 2010, but according to documents, stopped paying their rent in December 2010 leading to their eviction.

Catelynn and Tyler’s entire story has been about how they decided to put their daughter Carly up for adoption, and how they chose parents for her and how they have dealt with it afterwards. A couple of months ago the pair hinted at something new they are working on away from Teen Mom OG which sounds like it could be a new show. Catelynn posted a photo of herself with Tyler and their daughter Nova, and wrote, “Are you looking for a loved one? We want to help you find them!@tylerbaltierramtv & I are working on a new project, email us at cateandtyproject@gmail.com so we can help reconnect you with your estranged family members!

Although Tyler and Catelynn have been together for so long, their relationship has been relatively drama free. They always face problems head-on and together, and rarely have drama with each other. Instead they have it with friends and family. As it turns out, however, there was a rocky point in their relationship not many know about. Before the pair welcomed Carly at 16, Catelynn admitted she had a brief thing with another guy while she lived with her grandmother in Florida briefly. “He was this older guy who was chill and always had weed and cigarettes. I was always willing to hang out and smoke weed, and one thing led to another,” Cate said of the fling. Instantly everyone assumed she was admitting to cheating on Tyler, and he made it seem that way too when they were on Couples Therapy together, but when a Twitter follower called her a cheater, Cate snapped back, “never cheated get it right we were broken up.” 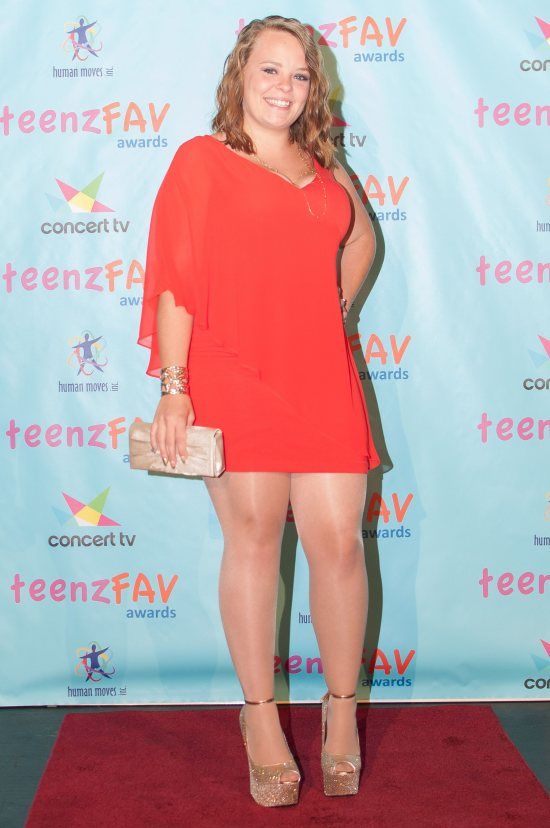 In August of 2015, Cate and Tyler got their fairytale wedding, but it wasn’t an easy road. The pair were originally supposed to wed on July 13, 2013, but only months before Tyler called it off, devastating Catelynn. He talked about what happened for him to change his mind when the two participated in a season of VH1’s Couples Therapy. “I thought I was ready, but as the time gets close, I just don’t think so,” he stated. He eventually revealed that he had a hard time getting past the betrayal he felt when Catelynn slept with someone else. “I could not stop thinking about the sex,” he confessed. “The movie in my head was just them having sex. My stomach would turn, I’d feel nauseated. And I thought if I asked her everything and got the dirty nitty gritty nasty details, I could make the movie go away.” On Couple’s Therapy he also said, “Obviously it has a lot to do with what’s happened in the past and how much she’s lied. It just won’t get out of my head. I don’t cheat, I don’t lie, I’m bold, I’m blunt, I’m honest. So it’s hard to understand how someone can be so dedicated and committed and still be betrayed in the end.”

Although Catelynn and Tyler had been through more as teenagers than some adult couples ever go through, and stuck through it together, things only seemed to get more difficult for the pair. After the couple welcomed their second daughter, Novalee “Nova” Reign on January 1, 2015 Catelynn’s post-partum depression became worse than ever. As Catelynn began to seek treatment for her mental health and suicidal thoughts it forced the pair to take a deeper look at their relationship. Things only became more difficult when in 2017 the pair happily revealed they were expecting their third child, only for Catelynn to have a miscarriage but had to re-live the trauma when the season aired featuring the loss. As Catelynn was in and out of treatment in Arizona, Tyler held things down at home, parenting Nova and trying to get their new house ready. Tyler then began opening up about the pressure on him to always be strong and having to suppress his own unhappiness for the sake of Catelynn and Nova.

In early to mid 2018 there was a lot of speculation that the longtime couple might be splitting and when the new season began to air, Tyler made it more clear than ever that he was unhappy in their marriage. Just as everyone was expecting for them to call it quits, they instead revealed they were expecting again! The duo found out after returning from an intensive couple’s therapy treatment in Arizona, and they revealed that they were not trying and did not expect to be welcoming a child while going through a difficult time in their marriage. Soon after they held a gender reveal party and discovered they were welcoming yet another baby girl.

In a rather surprising move, after revealing they were indeed expecting again, the duo also revealed that they had decided to go through a mini-separation. Due to the state of their marriage, they discovered in couple’s therapy that they needed time as individuals and to self-reflect and decided they would live apart for 30 days. As many fans assumed this meant a split, they were quick to clarify that they were not heading for divorce and were not going to be seeing other people. Regardless, many were shocked that they decided to go through the 30 day separation even after finding out that another baby was on the way!

Luckily the pair persevered and married on August 22, 2015, and they have now been together for 11 years and married for one, and they have the key to keeping their relationship so strong despite being reality stars and receiving constant criticism and attention because of it. Tyler recently came under fire for stating, “I don’t want no heifer for a wife,” and many accused him of fat-shaming his wife, but Catelynn just laughed about it. Tyler took to his Twitter to respond to a lot of the haters over his comment and said, “We aren’t afraid to hurt each other’s feelings, because we know how strong our love is for each other.” He and Cate then engaged in a fake Twitter feud about hurting each other’s feelings, and stuck by their opinion that is healthy to be brutally honest with each other even though some perceive it as being disrespectful. 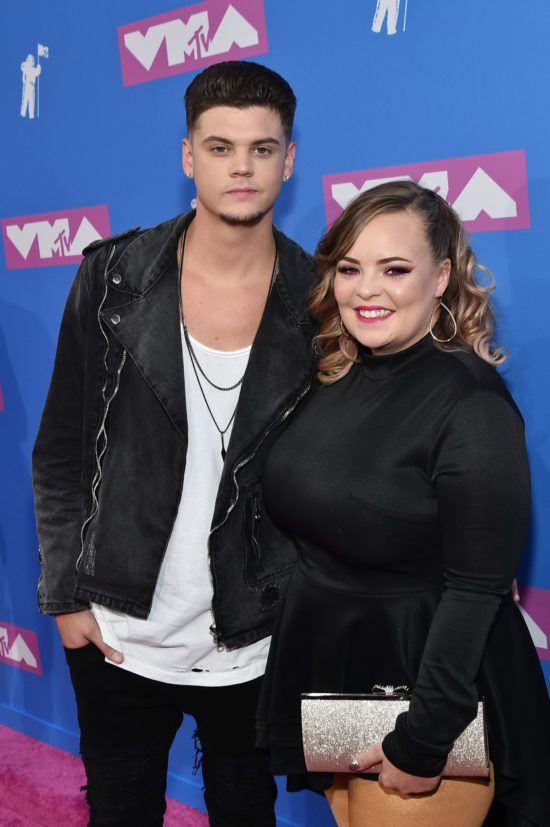