General Hospital: Behind The Scenes Secrets 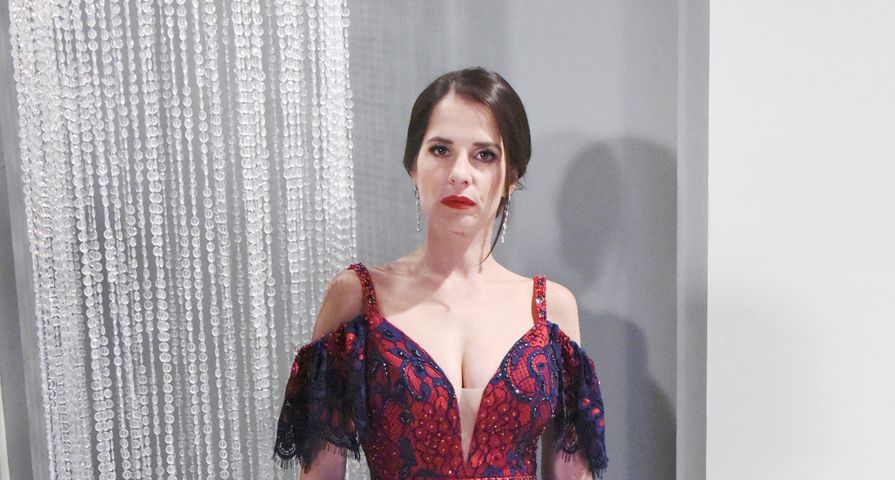 In the 50 plus years that General Hospital (GH) has been on the air, fans have seen some interesting stories unfold. Centered around the trials and tribulations that take place in the little town of Port Charles, audiences have seen how the mob works, spy action and adventure, devious dealings from the Cassadine family, and many love affairs over the years. But what about the craziness that occurs behind the camera? Below are 12 behind-the-scenes secrets of GH.

Long-time GH fans may have noticed that quite a few Port Charles residents had an interest in ordering BLT sandwiches at Kelly’s for a few years after 2012. It was revealed during a 2015 Ok! TV USA interview that this became an inside (and running) joke between the crew and cast members, as well as some fans when character Heather Webber ordered the sandwich after one of her escapades.

Daytime dramas have some crazy schedules, thanks to being broadcast on a daily basis. A CNN 2012 interview of cast members revealed that the show tapes about 80 pages of dialogue each day. To place that in even more perspective, primetime shows usually only tape about 10 pages daily. Those soap opera stars work HARD for their money!

In May 2018, the Positive Mom blogger paid a visit to the GH set and as a huge fan of the show was in complete and utter awe. One thing she noted was the Metro Court bar and the fact that some drinks were about three years old! Another interesting tidbit? When GH actors/actresses are drinking alcohol in a scene, the cup is usually filled with water-down pop, tea, or ginger ale.

Whether it’s everyday life in Port Charles or the glamour of those galas and Nurse’s Balls, the entire cast of GH has some pretty incredible wardrobe selections. GH’s wardrobe room is like one gigantic closet, with each character having their own section (labeled with their character’s name) of clothing to grab from for scenes. There’s even a lingerie section composed of bras (for those steamy love scenes), scrubs (for those doing hospital scenes), police uniforms, and a shoes and accessories area (labeled according to character, of course). Everything is cataloged and actors/actresses are not allowed to take anything from wardrobe home with them. In fact, older pieces of clothing may be placed in back stock for extras, sold (to cast members if they choose), or donated to special causes.

8. Time For A Little Make-Up

GH’s make-up department works hard to prep the actors and actresses for their scenes. When it comes to a big gala or event (where our leading ladies need to get glammed up), GH’s make-up department sets up a board and has pictures of the different actresses wearing the dresses/outfits all lined up (sans make-up). This helps the make-up artists (as well as hairdressers) co-ordinate the appropriate coloring (and ‘do up) to place on the GH ladies to help make them look fabulous and stunning. Not that they need much help to do that!

Who doesn’t love Robert Scorpio? The super spy is one the most popular GH characters to grace the show. He was once a main staple, who pops up every now and again, much to the delight of Port Charles fans. Not many know this, but producers originally hired Tristan Rogers for a mere two days as a guest appearance, but thanks to his incredible talents, he ended up staying with the show for twelve years.

6. What’s In Those Hospital Files?

Ever wonder what’s really in the hospital files doctors and nurses of GH carry around? Cue cards prompting the actors/actresses when it comes to the illnesses they are explaining? Photos? Jokes? Perhaps the lines to the script of the scene that they are in? Nope, none of those at all! Turns out those GH hospital files are simply binders with scribbles in them. Who knew?

All My Children (AMC) fans still mourn the loss of their favorite soap that was canceled in the fall of 2013. The good news is that there are pieces of that show that still exist in Port Charles. Both shows aired on ABC and when AMC got the ax, some of their production sets were sent to GH. Remember Pine Cone Motel? Well, it now exists as the sketchy motel located at the Port Charles’ docks. Ava Jerome snagged Erica Kane’s penthouse; Anna Devane’s home is actually the Chandler Mansion; Port Charles’ skating club is really the Pine Valley yacht club; and even the cabin Ryan Lavery owned was altered into a set for multipurpose needs. Seems like a little piece of Pine Valley will always live in Port Charles now.

4. Beauty Secrets Of The GH Stars

What are some of the backstage beauty secrets of the GH stars? In an ABC 13 interview in 2015, Nancy Lee Grahn said that she wears dresses that resemble giant Spanx to ensure all areas that she wants covered are covered. Meanwhile, Lynn Herring (Lucy Coe) swears by utter-balm honey for skincare. Former GH star Ian Buchanan (ex-Duke Lavery) stated in the above interview that he waxes his nose. Apparently, it doesn’t hurt, but it will make you want to sneeze.

There may be times when an actor or actress needs to add a (fake) tattoo to their daily makeup regime for a role on set … and then there are times when tattoos need to be covered up as they might fit the actor’s style, but not his character’s. Such is the case when it comes to tattoo-loving Bryan Craig (ex-Morgan Corinthos) who required a daily cover-up of the tattoos located on his forearm (near his wrist).

It seems that another little hospital show that airs on ABC happens to be located right next door from GH. The set of primetime hit Grey’s Anatomy is considered the soap opera’s neighbor, as both hospital dramas are located side by side. While Grey‘s has wowed audiences for 12 years now, airing once a week with a summer hiatus, GH has been blowing fans away daily for over five decades. Not that anyone is comparing!

Remember that song that a very young Lucky sang to a very young Elizabeth back in the day? Turns out the song (entitled) “Elizabeth” was written by the actor who originated the role, Jonathan Jackson. In fact, Jackson sold the rights to the song to ABC, so that they were able to still use the song whenever it fits storyline purposes, whether Jackson was playing Lucky or not. Interestingly enough, Jackson is a lover of music and is part of a band called Enation. To boot, he currently resides on the primetime hit Nashville, where he plays a singer, songwriter, and producer.