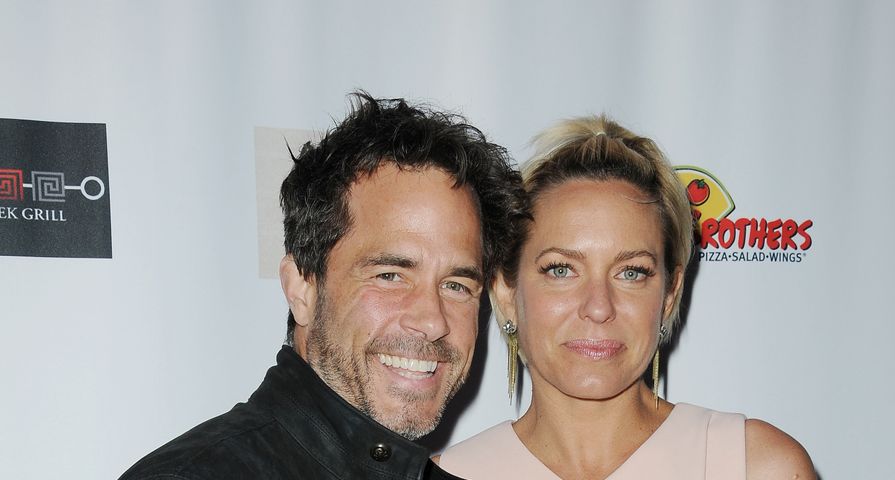 When fans tune into the popular daytime soap opera Days of Our Lives (DOOL), they know they will be entertained by some dramatic storylines, plot twists at every turn, and of course, steamy love scenes. When it comes to the small town of Salem, love and romance rule the land — with people falling in and out of love daily. Therefore it is natural for cupid to hit his arrow of love on some daytime actors, behind the scenes at the soap, and it happens more than you think. Below is a list of the top five real-life couples of DOOL.

Chad DiMera and Melanie Jonas had quite a love affair in their younger years, but way before that was even a glimmer in the eyes of DOOL writers, actors Casey Deidrick and Molly Burnett enjoyed a little fling of their own. Meeting on the DOOL set in 2009, the two actors briefly dated for approximately a year, ending their relationship in 2010. While the relationship was not serious and the two were never engaged, married or had any children, they both were able to have fun, yet still sustain a productive and professional working relationship. Interesting enough, well after these two split up, they found their characters Melanie and Chad falling in love in 2012.

While Brady Black and Nicole Walker had little success when it came to love on DOOL, it seems that life imitated art when these two met on the set and fell in love. Lowder and Zucker married 2002; however, much like their soap opera characters, they stumbled a bit, and separated in 2007. However in true soap fashion, they decided to give it another go and ended up re-connecting in 2008. The reconciliation resulted in a wonderful baby girl in late 2009, which they named Isabella. Unfortunately, in the end, the two were unable to make things work, and the pair filed for divorce in early 2014.

Speaking of Arianne Zucker, it seems the soap opera actress has made it a trend to find love at the office. While things didn’t work out with Kyle Lowder, she is getting her second chance at love with Shawn Christian – another DOOL colleague and one that also happens to play a character (Daniel Jonas) that Arianne’s character (Nicole Walker) was head over heels in love with. The two started dating in early 2014, and while they enjoy romantic evenings together, the duo also participate in philanthropic activities to make a difference. With Arianne and her brother creating Arrow Heart, a leadership camp aimed to inspire troubled youth to get involved in their community, the couple also has plans to continue this work and expand the program.

Meeting on the set of DOOL in 1990, their characters Carly and Lawrence had a rocky on-again/off-again relationship. Digging deep into the DOOL history vault, fans will recall the infamous (and outrageous) storyline where Lawrence’s Aunt Vivian buried Carly six-feet under in a casket as a plot of revenge in Lawrence’s honor. While Carly Manning’s heart has always seemingly belonged to Bo Brady, it is a very different story backstage. Alas, unlike their on-screen characters, Michael and Crystal have enjoyed a lovely, long, and successful marriage. After falling in love (behind the DOOL scenes), the two got hitched in January of 1997 and had two sons.

One of the longest-running soap opera couples in history, Doug and Julie Williams were one of the original supercouples of daytime drama. They defined what on-screen romance, chemistry and love was for the fans of their generation. DOOL audiences young and old look forward to seeing them return to the soap, and while they are not necessarily regular characters, they are always beloved fan favorites. On top of the daytime accolades these two actors share, they also have an incredible love story of their own that has taken place behind the scenes. It certainly explains the natural chemistry these two actors share whenever they step back into their DOOL roles as Doug and Julie Williams, parents to popular DOOL character, Hope Brady. Bill and Susan have been married (in real-life) since 1974, celebrating a successful marriage that spans over four decades.