Days Of Our Lives’ Longest-Running Roles 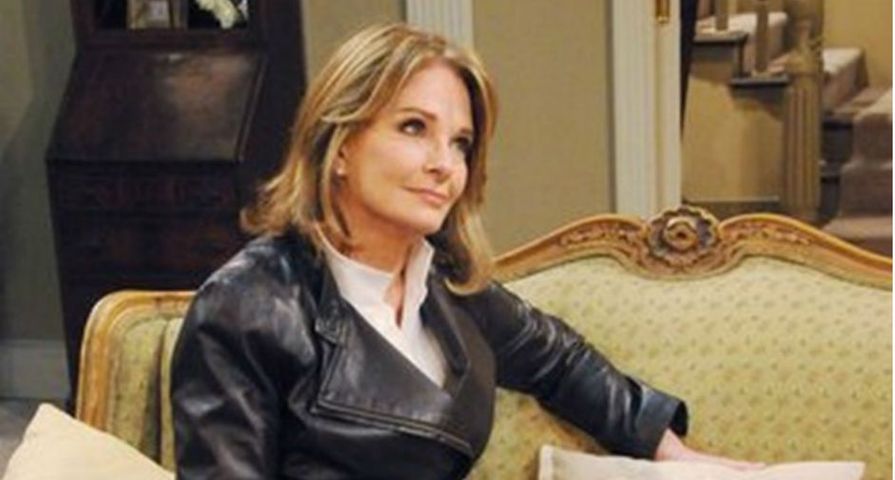 Recently celebrating 50 incredible years on daytime television, Days of Our Lives (DOOL) is a soap opera that is rich in history. Days has had some pretty incredible storylines, feuds and love stories over the years and die-hard DOOL fans have enjoyed every moment of the stories that have unraveled in Salem. As such, fans undeniably grow quite attached to the characters they see daily, who have loved, lost and fought (with other characters) over the years. There are characters who leave Salem to embark on new adventures, sometimes pass away or are killed and then there are those who have stayed the long haul. Below is a list of the five longest-running DOOL roles, within the soap today.

Hitting the bottom of Salem’s longest-running roles list is a DOOL character that had his fair share of ups and downs. The eldest of the Brady siblings, Roman Brady, made his original debut on the show in 1981 and was played by Wayne Northrop. While storyline twists and turns had Drake Hogestyn play Roman from 1986 to 1991, it was later revealed that Drake was not actually Roman, but a brainwashed John Black who had been impersonating Roman for all these years, thanks to Stefano DiMera (of course). As part of the angle, Northrop reprised his Roman Brady role from 1991 to 1994, until he departed from the show. Television veteran Josh Taylor took on the role in 1997 and has been there ever since. Interesting tidbit about Taylor, is that he originally played the DOOL role of Chris Kositcheck from 1977 to 1987, which created a bit of an upset to long-term fans of the soap when Josh stepped into the role of Brady ten years later.

Roman Brady has had an incredible life in Salem, and much of that is thanks to his former love, wife, and mother of his twins: Marlena Evans. Deidre Hall stepped into the role in 1976, and with the exception of a some breaks now and again, she’s played the role onscreen throughout the character’s entire tenure. She’s been in some really outrageous storylines over the years, including being possessed by Satan, part of the Melaswen island angle, was mind-controlled by Stefano, and had hysterical amnesia…just to name a few. Despite all the craziness and being the mother to the infamous, Sammy Brady, Marlena remains a huge DOOL fan favorite, and one of the most iconic female soap opera characters in daytime television.

Sweet, smart and sassy, Maggie Horton debuted on DOOL in 1973. While she is considered one of the most compassionate characters in Salem today, she wasn’t always viewed that way. At one point during her tenure on DOOL, she was considered a judgmental trouble maker, and often got into people’s business when it wasn’t warranted. While she enjoys a wonderful relationship with Victor Kiriakis currently, her heart has always belonged to Mickey Horton, who she started a relationship with from the moment her character debuted on Days.

Some newer DOOL fans that may not know that the sweet and caring Doug Williams, who debuted in 1970 (played by Bill Hayes), actually started off on Days as a convict: he and Bill Horton shared a prison cell. Thanks to Horton’s wonderful words about Salem, as soon as Doug was released, he headed right for the small town. While Williams is not a blood relative of the Horton clan, he will forever be connected to the family through marriage (he’s married to Julie Olson) and through fathering a Horton child (Hope Williams, Addie Horton was her mom, who also happened to be Julie’s mom too). In many ways, Doug and Julie head up the Horton family, and all their gatherings currently, now that Alice and Tom have passed.

1. Julie Williams – Days of Our Lives

There simply is no Doug without Julie – and no Julie without Doug! The character of Julie Williams debuted in 1965 was played by many an actress over the years (Charla Doherty 1965-1966; Catherine Dunn 1967; Catherine Ferrar 1967-1968); however, when Susan Seaforth Hayes stepped into the role in 1968, she simply ‘owned’ it. Even sweeter than the onscreen love affair she shares with Doug on DOOL, is the real-life romance between Susan and Bill Hayes (the actor who plays Doug Williams). The two have been married for over 40 years now as their wedding took place back in 1974.