Home » Entertainment » Celebrities » Cast Of Teen Wolf: How Much Are They Worth Now? 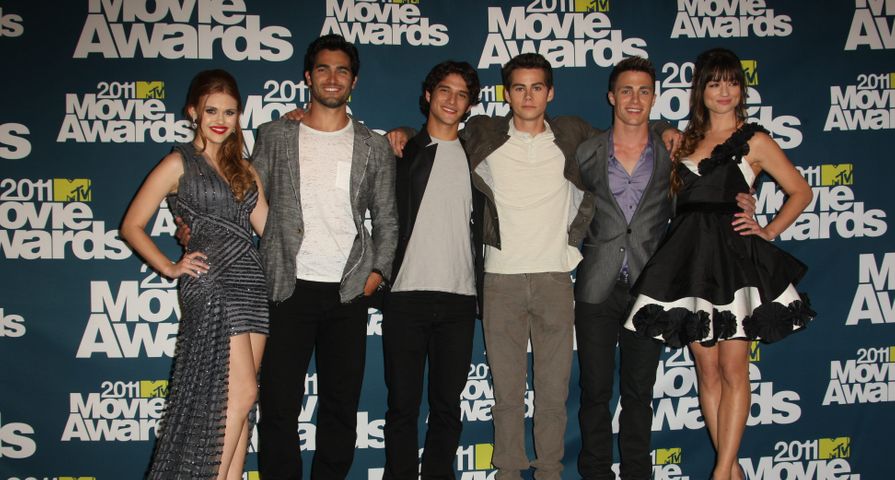 Back in 1985, Teen Wolf, starring a young Michael J. Fox, became a hit film. In 2011, MTV brought it back with a new series by the same name developed by Jeff Davis, and it has quickly became a hit. When the show first aired, the stars were still young and relatively unknown and over the past five seasons fans have watched them change and develop along with their characters on the show. The show has seen some stars go and new ones join, but it has continued to be a success. Check out how much the cast of Teen Wolf is worth almost five years after it first premiered:

Estimated Net Worth: $1 Million. Shelley Hennig began her career as a beauty pageant contestant before landing the role of Stephanie Johnson in the hit soap opera Days of Our Lives. She went on to star in The Secret Circle and in 2014 starred n the films Unfriended and Ouija and was also cast as Malia Tate on Teen Wolf. She appeared as a recurring character for season 3 and was added to the main cast for season four and on, and has already earned herself a nice sum of $1 million.

Estimated Net Worth: $2 Million. After starting on Teen Wolf as a recurring character as Liam Dunbar in season four, Dylan Sprayberry was added as a main character for season 5 and continues to add to his impressive $2 million. He started acting in 2007 and has appeared in movies such as Soccer Mom, and Man of Steel as a young Clark Kent, but he is best known for his Teen Wolf role.

Estimated Net Worth: $1.5 Million. It is surprising that Seth Gilliam is not worth more given his role in many notable projects. Aside from playing a key character, especially in the early seasons, as Dr. Alan Deaton in Teen Wolf, Gilliam has been in the sci-fi hit Starship Troopers, and late ’90s show Oz. As well as appearing on Law & Order and The Wire, Gilliam portrays Father Gabriel Stokes on the hit series The Walking Dead. All together Gilliam has an estimated net worth of $1.5 million, but given the impressive names on his resume, it wouldn’t be surprising if it was more.

Estimated Net Worth: $600 Thousand. Arden Cho has been in many recognizable shows; however, in only single episode spots, making her role in Teen Wolf her most notable yet. Cho first appeared as Kira Yukimura  in season 3 and has become a main character, meaning she will probably quickly be adding to her current estimated net worth of $600 thousand. Prior to the show, Cho had appeared on CSI: NY, Pretty Little Liars, Rizzoli & Isles, Castle and Hawaii Five-O.

Estimated Net Worth: $1 Million. JR Bourne has starred as Chris Argent since the series began and the role along with many others have created a respectable net worth of $1 million for the actor. Bourne began acting in 1994 and has appeared in things such as Side Effects, Thirteen Ghosts, Andromeda, Cold Squad, The Exorcism of Emily Rose, Stargate SG-1, Smallville, The Secret Circle and Revenge.

Estimated Net Worth: $1 Million. While it can’t be easy, Melissa Ponzio has starred as the mother to the Teen Wolf himself as Melissa McCall since the first episode. Although Ponzio has been acting since the late ’90s and had appeared in shows such as Dawson’s Creek, One Tree Hill, Army Wives and The Vampire Diaries. Although she has made many single episode appearances in popular shows, recent years have bolstered her career including a 7 episode stint on The Walking Dead as Karen and a recurring role in Chicago Fire. Along with those works and Teen Wolf, she has managed to make herself an estimated net worth of $1 million.

Estimated Net Worth: $500 Thousand. Linden Ashby only has an estimated net worth of $500 thousand, but with the variety and quantity of his acting credits, he is sure to be worth more. Aside from portraying Sheriff Stilinksi on Teen Wolf, he has had roles on soap operas such as Melrose Place, The Young and the Restless, Days of Our Lives and has been in many more films and television series, including a small role in Iron Man 3.

Estimated Net Worth: $4 Million. Colton Haynes may not be on Teen Wolf anymore, but he will always be a fan favorite after his turn as Jackson Whittemore in the early seasons. Although Haynes only has 17 acting credits to his name, his popularity has landed him big projects with big paydays, adding up to $4 million already. His first roles included spots in episodes of CSI: Miami, Pushing Daisies, and Melrose Place before landing a role on the 2010 series The Gates. Since leaving Teen Wolf, he landed the role of Roy Harper on Arrow and a part in the 2015 Dwayne Johnson led blockbuster San Andreas. Not a bad start at all to a young career.

Estimated Net Worth: $600 Thousand. Fans were not happy when Crystal Reed’s character and Scott McCall’s love interest Allison Argent was killed off after season three. While she will be back for episode 18 of season 5 playing an ancestor of Allison, the talented young actress does not have much in the works since leaving the show. Prior to Teen Wolf, Reed appeared in episodes of CSI, Rizzoli & Isles and Drop Dead Diva as well as the films Skyline, Crazy, Stupid, Love. and Crush. Right now she only has a net worth of $600 thousand, but that is sure to grow with her involvement in more shows and films.

Estimated Net Worth: $2 Million. Tyler Hoechlin was of course the gorgeous Derek Hale, and Scott’s aid in adjusting to life as a werewolf. While he is no longer in the series, he still remains a favorite of Teen Wolf fans and has turned to roles in films since his exit. Hoechlin got his start in the 2002 film Road to Perdition, and gained recognition for his recurring role in 7th Heaven from 2003-2007. Next up he will be seen in The Sticks, Undrafted, Straton and Everybody Wants Some, adding to his estimated worth of $2 million.

Estimated Net Worth: $2 Million. Holland Roden had big things ahead of her, even if she didn’t get into acting. Although the actress is best known for her role as Lydia Martin in Teen Wolf with a reported net worth of $2 million, before getting acting into full time she was studying to be a cardiothoracic surgeon. It turns out acting was her true calling and she has done well, appearing in many TV shows such as CSI, Lost, Weeds, Grey’s Anatomy and Community, just to name a few.

Estimated Net Worth: $5 Million. Tyler Posey may be the lead character, but fans have fallen just as much in love with Scott McCall’s best friend Stiles Stilinski. As it turns out, O’Brien has had the most successful career out of Teen Wolf‘s young actors. With only 11 acting credits to his name, he has already made himself a very impressive net worth of $5 million. While a chunk of that has been to Teen Wolf‘s success and his leading role, he has also had success in films such as The Internship starring Vince Vaughn and Owen Wilson, and of course landing the lead role of Thomas in The Maze Runner and its sequel The Scorch Trials.

MTV's The Challenge: 12 Most Surprising Hookups

Estimated Net Worth: $7 Million. Tyler Posey has been acting since a young age, and before landing the lead of Scott McCall in Teen Wolf, he gained notoriety for playing Ty Ventura, the precocious son of Jennifer Lopez’s character in 2002’s Maid in Manhattan. He also appeared in the Arnold Schwarzenegger led flick Collateral Damage in the same year and from 2001-2004 had a main role as Raul Garcia in Doc. In the following years, Posey appeared in Smallville, Brothers & Sisters, Lincoln Heights and Legendary, but is most well known now for his portrayal of McCall. His hard work has paid off to the tune of $7 million.