MTV’s The Challenge: 12 Most Surprising Hookups 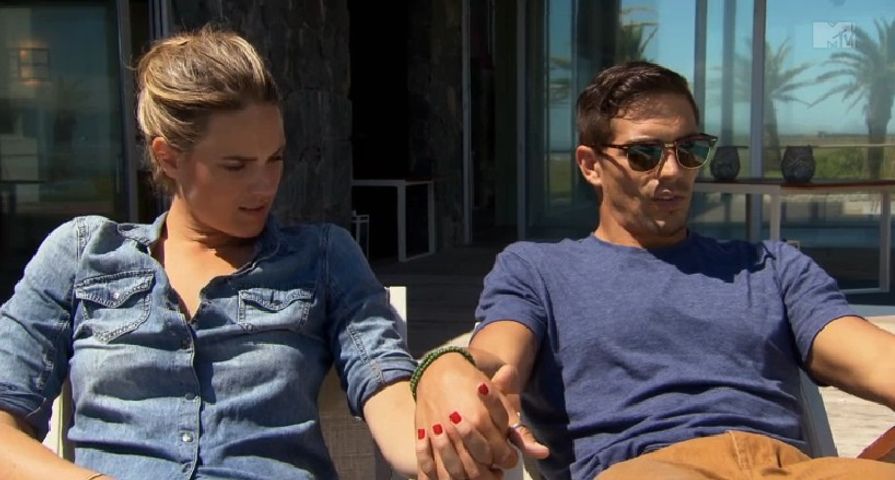 MTV has had extreme success when it comes to reality TV and mixed the best of reality drama and reality competition shows when they began airing The Challenge. As a spin-off from Real World and the now cancelled Road Rules, it combines the best alumni from many seasons of Real World and now Are You the One? to not only live together, but to compete against each other in some crazy challenges. With a lot of different personalities all together and a lot of money on the line, there is a lot of tension and emotions running through the house and, as to be expected, a lot of hookups. There are way too many seasons and hookups to focus on, but here are 12 of the most surprising hookups of all from the most recent seasons of The Challenge.

Leroy Garrett quickly became one of the favorite male contestants on The Challenge after appearing on Real World: Las Vegas. His easy-going nature, and humor goes over well with fans, and with the ladies, as he has had many dalliances, although many are just “rumors.” One of the most shocking hookups he has been involved in was with Theresa Gonzalez on Rivals II. The most shocking and funniest part was that the pair hooked up in the bunk right above Theresa’s former fling Wes Bergmann. Of course, things didn’t go too far for Leroy and Theresa after she ended up voting him into The Jungle.

11. Johnny “Bananas” and Camila Nakagawa — Battle of the Exes

The Challenge: Battle of the Exes in 2012 sort of backfired for pair Johnny “Bananas” and Camila after they were matched following a sort-of hookup on Cutthroat. Instead of arguing like exes do, the now fully single pair seemed to fall harder for each other. It didn’t take long before the pair started hooking up while on the show and were more of a couple than exes and of course won the season, which many say was the reason he hooked up with Camila in the first place — to keep her happy with him until the end of the challenge. Regardless, their personalities don’t match in any way because Bananas is so laid back and Camila is so intense, making their relationship even more surprising.

Fans of the Real World and The Challenge are well aware that Sarah Rice is very confident in her intelligence and ability, which made her hook-up with her Fresh Meat II partner Vinny Foti extremely strange. Sarah was extremely condescending to Vinny and often insulted his intelligence, but luckily audiences didn’t have to endure the weird couple for too long as they were eliminated after only the second challenge.

If Sarah and Vinny weren’t bad enough with their “mis-matched” intelligence, it was much worse with know-it-all Jordan Wiseley and Sarah hooking up with a makeout session on Rivals II. The pair’s similarities made it seem like they would clash more than anything, which was more than evident when they came together for Battle of the Exes II. They were kind of awkward to watch because Jordan is just so cocky, so it always seemed like the was just charming Sarah in order to secure himself an alliance who wouldn’t throw a vote his way.

8 Things You Didn't Know About MTV's "Faking It"

Of all the people to appear on both Real World and The Challenge, Cohutta Grindstaff appears to be one of the most down-to-earth, level-headed and hard-working people who is not prone to just hookup whenever, wherever. On the other hand, Nany Gonzalez has made herself somewhat of a reputation for her numerous hookups, which made them a very unlikely pair when they hit it off on Free Agents. While the two were the last anyone would think would end up together, they were actually super sweet and seemed very genuine about their feelings. Because of how well it was going, it was shocking (or maybe not) that Nany almost ruined the whole thing, but that is to come later. The relationship was surprising, but maybe most shocking of it all was it continued past filming, and in the end, it was Cohutta who seemingly out of the blue broke up with Nany and broke her heart, which they talked about on The Challenge: Battle of the Bloodlines, which seems so uncharacteristic for Cohutta.

7. Jonna Mannion and Jay Gotti — Battle of the Exes II

When Jonna Mannion and Zach Nichols hooked up, no one was surprised. Jonna is often referred to as one of the most attractive people on the show, and Zach does well with his Thor-like looks and physique. It seems after a nasty breakup with Zach, however, Jonna just wanted to get his attention on Battle of the Exes II. After Zach began something with Jenna Compono, Jenna and her irritated ex Jay decided to have a heavy makeout session of their own. Two things about this — Zach and Jenna were the clear winners here and couldn’t have cared less what their exes were doing and audiences still can’t figure out how Jay keeps landing these women who are so very far out of his league.

Since first appearing on Fresh Meat II, Laurel Stucky has been a dominating player, who very few men and women can compete against successfully. Her tough exterior and tough personality was intimidating and absolutely no one expected her to be involved in a Challenge fling and take her focus from the game, but she did, and most shockingly with none other than Jordan Wiseley. Seeing Laurel put her guard down even a little made things interesting, but it was extremely uncomfortable watching two of the most smarmy and cocky people on the show fall all over each other.

As previously mentioned, after Nany and Cohutta’s relationship began heating up, Cohutta talked to Nany about it getting serious and while she was apprehensive, she clearly had strong feelings which made her next move absolutely shocking. Later that night Nany hooked up with Real World: Portland alum Johnny Reilly, and did not hide it. In clear view of the cameras, the two got it on under a blanket. Thanks to Bananas, Cohutta did learn about the tryst and he still went after Nany and the two continued a relationship with a romantic declaration at the reunion show.

4. Tony Raines and Christina LeBlanc — Battle of the Bloodlines

More than once a Real World or Challenge hookup has occurred when it really shouldn’t — namely because one or both parties have a significant other at home. In the very first episode of The Challenge: Battle of the Bloodlines, Tony Raines, previously from Real World: Skeletons, explained how he and Madison (who he met and started dating on Real World) were living together and even expecting a child. It only took a matter of hours, however, before everyone at the Challenge house were drunk and flirting, and Christina LeBlanc set her sights on Tony, who unbelievably didn’t turn her down. Their flirtations ended up in them being locked in a bathroom and Tony coming out doing up his pants. After just explaining the life he and Madison had together, it was surprising and very sad how quickly he hooked up with someone else.

3. Eric Banks and Devyn Simone — Battle of the Seasons

There has never been a more unlikely pair in Challenge history than Eric Banks aka Big Easy and Devyn Simone on Battle of the Seasons. Two people could not have been more different and all jaws dropped when romance not only bloomed, but progressed. At first it was unbelievable but many thought it wouldn’t last long, but it did. Episode after episode they grew closer and we still couldn’t wrap our heads around it. Fellow castmate Preston Charles summed up the couple pretty well, calling them “Ronald McDonald” and “Black Barbie.”

2. Cara Maria Sorbello and Thomas Buell — Battle of the Bloodlines

For years fans had watched the strange relationship between Cara Maria Sorbello and Abram Boise since they began their romance on Cutthroat, but after many years of breakups and makeups, it seemed they had finally committed, which made Cara Maria’s actions on Battle of the Bloodlines so surprising. Although Thomas Buell also had a girl at home, the two quickly became flirty and there were lots of suggestions that things turned physical. If it wasn’t bad enough two people in relationships with other people would do that, the fact that Abe is a little unstable made the whole thing that much worse, and he threatened Thomas’s life more than once.

Whether they were always together or not, there was always something between Challenge veterans Chris “CT” Tamburello and the late Diem Brown. Their relationship had become such a part of the show that, even when they weren’t together, no one could imagine one hooking up with anyone else, especially CT despite all his flirtations. Fans couldn’t have been any more astounded than when CT hooked up and slept with the much younger Anastasia Miller and then proceeded to lie about it after she had obviously developed feelings. This then resulted in one of the most insane fights on The Challenge when Anastasia confronted CT and proceeded to smack and kick him all the way out the door. Although audiences were aware of the guy CT used to be, by Rivals II in 2013, it seemed he had grown out of his womanizing ways (mostly because of Diem) and then he hooked up with Anastasia, even though he wanted to work things out with Diem, and fans had flashbacks of the notorious CT from seasons past.