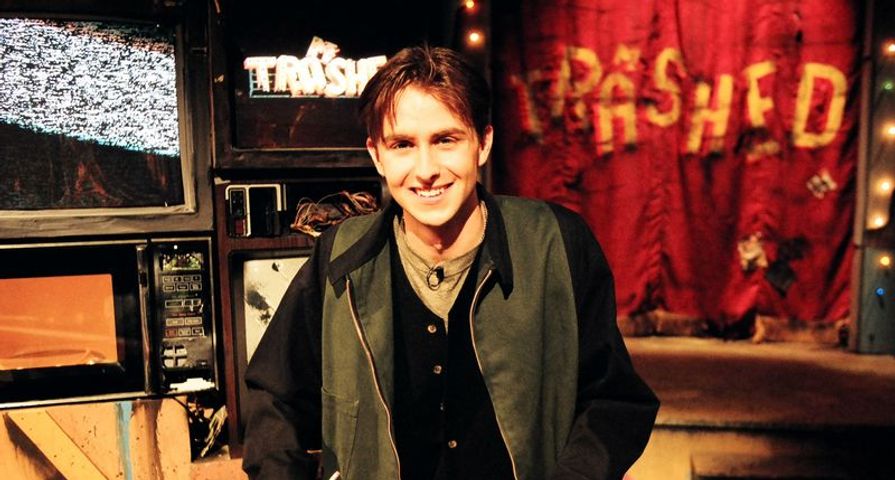 MTV has been around for a long, long time. It was launched just over 36 years ago and has since been the go-to channel for young adults and pop culture. What used to be a music channel is now better known for its reality TV. Due to its young audience and laid back programming, it’s typically been regarded as the launching point for stars, both back in the day and today. Here’s a look at 10 male celebrities who once got their start on MTV!

Back in the early 2000s, Ashton Kutcher’s MTV reality show Punk’d was a huge hit. No celebrity was safe from its wrath! The show used a hidden camera approach to prank some of the biggest stars into odd scenarios, like when Justin Timberlake thought the IRS was repossessing his home and broke down in tears! Before he became a bonafide movie star and known as the husband of Kristen Bell, Dax Shepard was just a nobody who acted as Kutcher’s main accomplice. Once he began to gain notoriety he had to pass the baton onto someone else.

He’s probably the one person on this list who’s most commonly still associated with MTV because of his popular role as the host of Total Request Live from 1998 to 2002. Carson Daly stuck with TV and after his stint on TRL ended, he moved onto NBC’s Last Call With Carson Daly. He’s now been the host of NBC’s The Voice since 2011.

MTV's The Challenge: 12 Most Surprising Hookups

Johnny Knoxville rose to fame by doing crazy things for MTV’s hit show Jackass. While he hasn’t been able to shake his former image tied to the Jackass brand, he moved on to star in several films like 2005’s Dukes of Hazzard and Men in Black II.

Hardwick’s career has evolved a lot since he first made a name for himself in the television industry. Today he’s recognized as the CEO of Nerdist Industries, a division of Legendary Entertainment, and the host of the Talking Dead and Talking with Chris Hardwick, but when he was first starting out back in the mid-1990s, he was an MTV host! Even before he joined the series Singled Out alongside Jenny McCarthy, a fresh out of UCLA Hardwick hosted the show Trashed. His job was to ask contestants questions about pop culture, and if they got the questions wrong their most prized possession literally got trashed and smashed!

Adam Sandler started making a name for himself as a funny-guy actor while he was still a student enrolled at NYU’s Tisch School of the Arts. He started out as a performer on MTV’s Remote Control. On this show, contestants would come out and answer various questions related to pop-culture, and these questions were asked by different characters. Of course, Sandler became known for his well-portrayed characters like Stud Boy and the Trivia Delinquent.

Today he’s best known for his role on Parks and Recreation, but early in his career, Aziz Ansari was recognized for his work on the MTV show Human Giant, where he collaborated with other comedians to create a sketch series. The show was given the green light in 2006 and turned into a huge hit. It gained a cult following with comedy nerds and lasted for two seasons. They were even granted a 24-hour marathon where they could do whatever they wanted while they were on air for 24 hours. Human Giant was asked to return for a third season, but they turned it down to pursue other opportunities.

A-list actor Ben Stiller has accomplished a lot in his career — he’s come a long way from his days on MTV, but they did exist at one point! Before he became one of the funniest actors in Hollywood, he fine-tuned his skills on the short-lived comedy sketch show The Ben Stiller Show which is not to be confused with the later one on Fox. This was a different show with the same title. The original show ran from 1990 to 1991 with only 13 episodes.

It’s hard to think of Jon Stewart as a low ranking celebrity just starting out, but even the biggest stars had to start somewhere! Before he landed The Daily Show with John Stewart, he was a host for MTV. He was the face of not one, but two shows! Stewart hosted You Wrote It, You Watch It, which featured comedians from the sketch comedy troupe The State. They got up on stage and reenacted actual letters from viewers sent to MTV about their real lives. After the success of this show, Stewart was given his own show The Jon Stewart Show on MTV from 1993 to 1995. It was a huge late-night hit! He interviewed big stars from The Notorious B.I.G. to Howard Stern and even Conan O’Brien!

In 1997 Zach Galifianakis appeared in five episodes of MTV’s Apartment 2F, a sitcom, stand-up and sketch comedy series about the lives of the twin comedy duo, The Sklar Brothers. While it could be argued that Galifianakis got his start on Boston Common because that was technically his first television role, he appeared in Apartment 2F right after and his role on that show was more in tune with where his career has taken him now, so it’s better suited as his breakout role.

Stephen Colletti is one of few people who’ve successfully made the jump from reality TV star to primetime actor. He rose to fame on the MTV reality series Laguna Beach: The Real Orange County which followed the lives of wealthy teens living in Orange County. He appeared on the show for two seasons until he left for San Francisco State University. He attended school for one year before leaving to pursue a career in acting. He continued a working relationship with MTV and landed a temporary job as an MTV VJ on Total Request Live, and in 2007 began appearing on One Tree Hill in a recurring role. In 2010 he was promoted to a series regular in the eighth and ninth season.