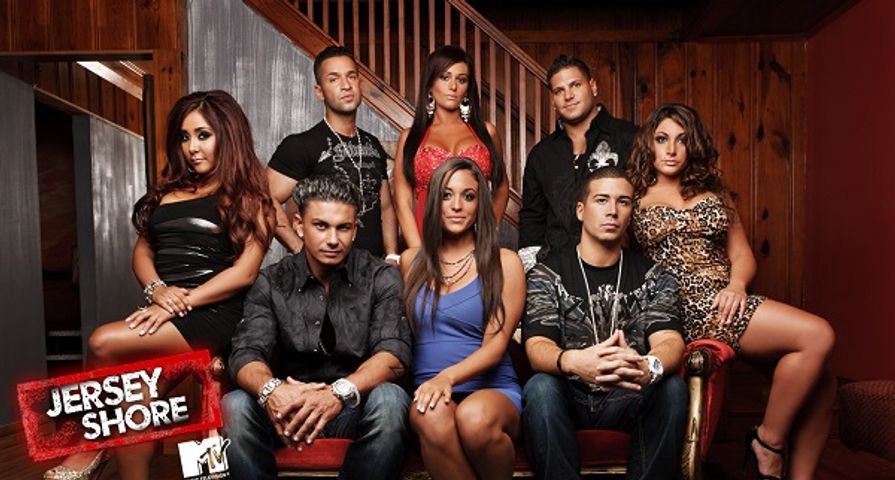 Trying to decide the 10 worst shows produced by MTV is like trying to pick cereal at the world’s largest grocery store. It’s nearly impossible. There is so much bad to choose from. No, we won’t toss staples like TRL or Say What Karaoke into the mix, though it is tempting to toss the VMAs to the wolves, even though it functions as MTVs flagship. We’ll consider that an honorable mention, and now dig to the bottom of the barrel for the worst of the worst. If there are some even worse, we beg of you, sound off in the comments!

Dang it. This was almost something. The Head was a strange offering for MTVs Oddities, the late night line up in the mid-1990s that featured an alien invasion, a kid was invaded and the powers he received from the alien remained in his head. Yes, it gave him a huge head. No, not like Randy Quaid–more like the aliens from Mars Attacks, but bigger. The show still has a cult following, and episodes can be found online. The story was there. The idea was pretty fresh–Invasion of The Body Snatchers, but in a good way–unfortunately, the writing was either weak, or ahead of its time. It should still be considered a success in the realm of MTV shows, because it lasted for more than a season, and it was during a three year span where crazy awesome stuff was going down: 1994-1996.

Whoever thought it was a good idea to gather 12 people together for the sake of debating music videos…We’re not going to dig into the archives to actually see who conceived this show, but obviously it was a play on the classic, 12 Angry Men, with lighter subject matter. The difference: 12 Angry Men is a scripted play/screenplay that has won awards. 12 Angry Viewers was a bunch of people who thought they were smarter than they were, talking about music videos that were supposed to be cycled into frequent play on MTV based on the response of the “jury.” The viewers were coached to be outspoken, controversial if necessary and highly energetic. This made the show insufferable. It. Was. Awful. It’s mind boggling that the show owns such high ratings on sites like IMDb. Maybe people are wrapped and warped by nostalgia.

Dipping into the cultural wasteland that is MTV in the 21st century, the show capitalized off Internet sensation, Tila Tequila, and gave the crazy woman–seriously, she’s crazy–her own show, where various people would vie for her affection. Imagine The Bachelor or The Bachelorette with all of the rules off. Tila, you see, was/is bisexual, so MTV cast the hottest hotties they could possibly find to woo her. Were some of the women simply on the show because they wanted publicity? Of course. They had no interest in Tila, and after the show, it seemed the world didn’t either. This is one of those forgotten about things that serves as another MTV bomb. For those wondering what Tila is up to, the last time she really made headlines, it was with her claim that the Illuminati killed Paul Walker.

This may offend some of you. We totally understand, and completely agree: The Hills was a guilty pleasure. Sadly, it served as another foray into unreality being injected into the minds of impressionable youth. Basically, it helped dial up the entitlement of people across North America. What was the draw of this show? Well…the people were really good looking, and they lived–or were alleged to have lived–lifestyles that seemed ideal. And then there was Spencer Pratt. Has there ever been a more annoying person on television? Whether this guy was coached to be the biggest d-bag in the world, or he actually was, we hope the act is something he’s moved beyond. (Word on the street: he hasn’t changed much.) The vast majority of viewers watched the show, hoping for some random person to engage in fisticuffs with the blonde bomber.

In an effort to reach out to the blitzed, blasted, sauced and slizzard late night MTV watchers, as they munched on their Nacho Cheese Doritos, MTV offered a show hosted by two sock puppets, Sifl and Olly. Do we really need to go any further than that? It was an attempt at being clever, sadly the puppets were devoid of wit. MST3000 it certainly was not. The show attempted some sketch comedy, had guests, showed videos and did all the things that were likely pitched during the meeting with an executive who should have been fired for putting public access TV drivel on a network owned by Viacom. Seriously, that public access show out of New York, Stairway to Stardom, was 10 times more entertaining than Sifl and Olly.

Now, we’re really going to offend some people. Again, there’s no denying the guilty pleasure of some of these shows–that’s why they stay on the air for multiple seasons. There’s also no denying how awful these shows are at their core. The fact that people emulate the stars of MTV reality shows is the saddest embarrassment of American culture since George W. Bush sent American troops into Iraq looking for non-existent WMDs. Jersey Shore featured lovable/loatheable characters who are likely the least charming people ever assembled on one screen. Let’s take Mike “The Situation” Sorrentino as example. This guy has no discernible talent, and in 2014 was convicted of tax fraud for trying to cover $8.9 million in liquid assets. Another case of wealth before wisdom. We’ll likely hear less and less from the Jersey Shore crew from this point forward.

Whose idea was this? Read on. MTV attempted to capitalize off the Simpson cash cow after scoring success with Nick Lachey and Jessica Simpons’s Newlyweds (which could easily be on this list), and the brass gave Ashlee her own reality show. Basically, the show served as a little something to say, “Hey, I’m totally different from Jessica! I have black hair now, even though I’m really blonde…my hair is black, and so is my eye makeup, because I’m so different from Jessica.” This show had to have been brainchild of the Simpson sisters’ Dadager, Joe. Joe Simpson is an interesting cat. Has the world ever known someone to thrust their children into public shame like this guy? The show went on to chronicle Ashlee’s recording process, and then, just as quietly as it came into the world, it disappeared.

Here’s another insult to society. This show was like Blind Date, or any of the other dating shows that have existed, except Date My Mom featured a guy or gal having to spend time with three different mothers, who would basically prostitute their son or daughter. Based on the time with the mothers, the male or female contestant would choose who they would go out with on a real date. It was as awkward as imagined. Most contestants would opt for the better looking of the moms, hoping that if nothing else, they might score a genetic jackpot. Can you imagine the pitch meetings for a show like this? It would have to be worse than whoever does the commercials for GEICO. Just give us the cavemen, please. Regarding dating shows, that ship has pretty much sailed with the advent of online dating, and Tinder.

Jesse Camp. The very first winner of MTV’s Wannabe a VJ reality competition. Who would’ve thought that such a competition would end with hiring someone who wasn’t very good? Jesse Camp defeated future MTV host, Dave Holmes–who was the best host in MTV history–in the first season of the Wannabe…and went on to host TRL, before branching out into ventures that fizzled without catching spark. One example: Lunch With Jesse. Jesse was a nice enough fella, but he was kind of a fraud. He painted himself as homeless, and a “street kid,” but he came from a private school education in Connecticut. He was obsessed with the rock ‘n’ roll lifestyle, and on Lunch With Jesse he tried to feature bands beyond their heyday, while living out his own fantasies. These were mostly hair metal, and glam rock bands. Then, Jesse would muse–help us all. It was painful to watch.

Howard Stern wanted to promote his film Private Parts, so he got together with MTV brass to come up with an idea that would help. They developed one of the worst things to ever be on television–literally one of the worst things ever, period: Howard Stern’s Private Party. This thing still exists on outlets like YouTube, and for those doubting the claim that it’s one of the worst things ever, have a look for yourself. It would have been bad enough if it was a simple special, but they made it more complex by having multiple “parts.” At its essence, if functioned as a terrible variety show, and dance party with people trying to look like circus clowns. Howard is another guy who has the ability to orate, and say things that most people censor from coming out of their mouths, but as a multi-talented entertainer? What a wash.