MTV’s Catfish: 10 Behind The Scenes Secrets 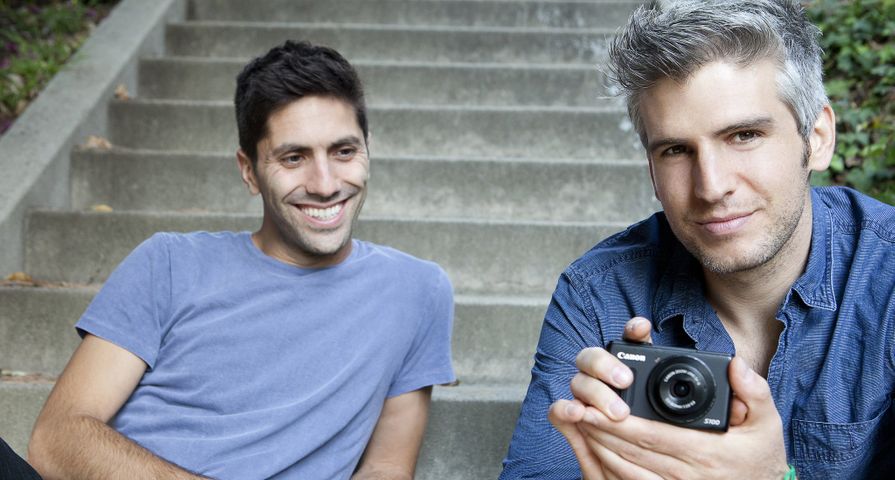 MTV has had a lot of success with its reality TV series, and Catfish is no exception. In the age of technology, it is a lot easier for people to lie about their identity and carry on virtual relationships, so much so, it has turned into a series that has now lasted quite a few seasons. Every episode is laid out the same, but there is never any telling how it is going to turn out, and over the seasons, fans have had many questions, and not surprisingly there is a lot that goes into the show that isn’t seen. Here are 10 behind the scenes secrets from Catfish:

Over the many seasons, Catfish‘s hosts Nev Schulman and Max Joseph have encountered a lot of skeptics who think the show is fake, but it is, in fact, one of the most real “reality” series out there when it comes down to it. As it turns out, the producers know exactly how the show is going to play out, but keep Nev and Max in the dark. The scenes in which Nev and Max are checking photos and phone numbers are all real, and they have no idea what they are going to turn up or how long it is going to take. “Our whole mantra for the guys is, ‘If you can’t figure it out, just go with it and see where it takes you,'” MTV senior vice president of docs and news, Marshall Eisen, stated. “It’s a total surprise to them what’s going to happen. Sometimes they get really flustered by what they see.”

Even though producers know exactly who is who and what is going to happen from beginning to end, they don’t assist Nev and Max no matter how stumped they get. “We edit the investigations down. They can be grueling. There have been very, very long days where Nev and Max are trying to figure it out, and we can’t help them,” Eisen added about the process. In fact, producers even do their own investigation before filming in order to try to figure out just how long it might take Nev and Max to figure it out. “They guys are better at it now, but it’s not always obvious how to crack these things. We’ve condensed what’s taken them ten hours in some instances into five or six minutes, but we try to show that it was difficult.”

For those who watch the series, they know it always starts with Nev and Max picking an email out of thousands asking for help in  investigating whether they are being catfished or not. Surprisingly enough, Eisen revealed that more often than people realize, it is actually the catfish who gets cast first. “It’s often the catfish we hear from first because they’re looking to unburden themselves. It’s not always the case, but it probably happens more than  people realize.” Regardless of who does the contacting, they always construct the episode to be from the point of view of the one who has been catfished. It doesn’t matter which person producers are contacted by first because everyone has to be in agreement before the episode can move forward.

Most Catfish fans are aware that the whole series started after Nev was the center of a documentary made by his brother Ariel and friend Henry. In the Catfish documentary, the trio essentially ambushes the woman, Angela, who had been catfishing Nev, but MTV’s show definitely doesn’t work that way. “We can’t do that and won’t do that.” Producers get in touch with everyone involved and even conduct background checks, and make sure everyone is fully on board to film. To ensure this, participants sign a waiver holding them to the fact they would be on-camera.

While MTV and its producers do everything they can to make sure the episode goes as smoothly as possible, that doesn’t mean they haven’t had troubles with people not being co-operative. On a couple of occasions, the catfished and Nev, Max, and MTV crew have arrived at the meeting place only to find out the catfish was not there. Even if they have signed the waiver, if the catfish suddenly decides they don’t want to go through it with it, they will stop filming. “We never know 100 percent for sure if the catfish is going to go through with this, even if they commit to filming. That’s why there is a lot of tension in those scenes when we pull up for the visit because we’re all waiting for the day when the catfish will not respond or change their mind.” Eisen added, “They’re real people and they’re exposing themselves, making themselves vulnerable, and we’re never going to force them to do it.”

As the show’s success has continued, and the stories of catfishing have gotten stranger and darker, MTV has had to deal with a whole new issue. It seems that people collectively now try to catfish MTV just to see if they can get on the show. It turns out, however, it isn’t that hard for producers to discover who is lying. “We just have to work harder to make sure they’re real, which we didn’t have to do at all in the first season. It’s just a pitfall of being more of a known thing.”

Almost all of the episodes end with Max and Nev checking in on both parties and seeing where they are now, but that isn’t where MTV’s involvement ends. Both the catfished and the catfisher go through a lot of feelings while filming, and more often than not the catfisher reveals some other hidden traumas as a reason for doing what they did and because of this MTV sends therapists to talk to those involved after production on the episode has wrapped.

As a preamble to their premiere of Catfish, MTV did some research aimed at those between the ages of 18 to 24 to try to figure just how applicable the series was going to be. The survey asked many questions about online relationships and it revealed that 1 out of 4 people that took the survey had “dated” someone online and 1 out of 2 knew a close friend who used the internet to try to find love. It also included statistics showing that the use of online dating sites had tripled in recent years. It was clear they would have no problem hearing of stories to keep the series going for multiple seasons.

The casting application for Catfish is easily available online for those who wonder what the first step is in getting on the show because, clearly, it is not as simple as emailing Nev and Max. The application is not just for those who think they are being catfished, as it asks, if “you are keeping a secret from your Internet crush that you’re dying to confess?” It asks basic questions such as name, city/state, age and if you had been able to successfully video chat with the person you are writing about. That is also where you provide the info you have for the person so that MTV can begin the process if the application is accepted. The application is thorough enough that producers can get everything going well before filming which makes sense now that it is known that they go through the whole episode first before Max and Nev get involved.

Nev Schulman made the Catfish documentary that spawned the show with his brother Ariel “Rel” and their friend Henry, and many wonder just how Max Joseph got involved when Rel and Henry decided to only participate as executive producers for the show. “I grew up with Nev and his older brother, Rel, and we’ve known each other since we were like 14,” Joseph revealed. “We’ve always talked about making films together and we’ve collaborated in the last couple of years. We’ve directed together, I’ve directed things for them, we’ve shot together and we’ve always had a very close friendship and creative collaboration. When Nev and Rel and Henry were considering doing this as a show for MTV, they naturally reached out to me as someone who could join the team and fill in for this role.”