10 Reasons Everyone Should Watch MTV’s “Sweet/Vicious” 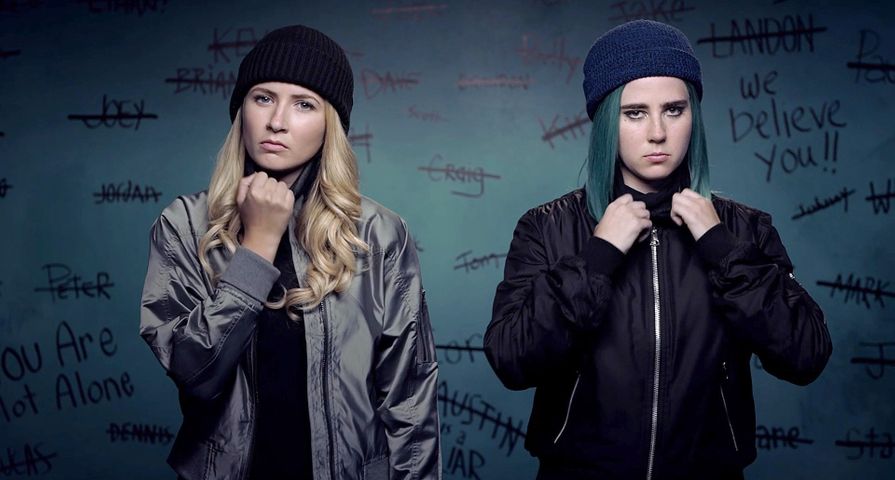 Over recent years, MTV has gone from a music network to one of the leading channels in reality TV. In addition to reality TV shows, they have also had a few scripted series which have been seriously under-appreciated like Awkward and Finding Carter. Now, MTV’s newest scripted series Sweet/Vicious is without a doubt its best yet, as it follows Jules Thomas and Ophelia Mayer as vigilantes at the fictional Darlington University who fight for justice against sexual assaults. Since the show is so compelling, here are 10 reasons everyone should watch Sweet/Vicious:

Really this is the number one reason why everyone should sit down and watch all of Sweet/Vicious: it is extremely important and extremely relevant in today’s society. Sexual assault in any capacity is something that many find hard to talk about and deal with directly, and the way in which sexual assaults on college and university campuses across North America is dealt with is something that is rarely talked about. Sweet/Vicious does not hold back in dealing with the sensitive subject matter and highlights many of the issues with sexual assault, specifically on campuses, and that it is rarely if ever dealt with on TV series.

Since Sweet/Vicious is about combating sexual assault on college campuses, it seems almost offensive to say it is funny, but the series has done nearly the impossible with the way it handles its subject matter. The show is so incredibly honest and unapologetic, it knows exactly when to be serious and when to integrate the comedy, and as to be expected, much of it is dark humor, thanks in large part to Taylor Dearden’s portrayal of Ophelia Mayer whose epic one liners never get old. It seems everyone involved knew the heavy subject matter could very quickly sink the show, and they figured out the best way to incorporate humor and a lot of wit without detracting from or minimizing the seriousness of the main storylines surrounding sexual assault.

Sweet/Vicious began airing in November of 2016 and has already finished its entire first season, yet amazingly it remains perhaps the best new show that no one has heard of. The fact that this series has flew so under the radar is truly surprising, but slowly many are taking notice and promoting the show’s importance including some big name stars. Actress Sophia Bush, who is known from her starring roles on hit series such as One Tree Hill and Chicago P.D., is also an activist for many causes, especially women’s rights, and made sure to use her star power to promote Sweet/Vicious and its importance. Bush took to her Twitter to write, “In a sh-t time, I’m thankful for important stories about women. @SweetVicious on MTV is one. BINGE IT. Love it. Keep it up @MTV. We need it!” She then called for a second season, tweeting back to the series’ Twitter account, “I’m all caught up! When do we get Season 2?”

With oh so many networks, channels, and avenues to get TV in today’s society, there is an overload of all kinds of different series, but it is hard to compare any show to Sweet/Vicious which is not only incredible, but is also just another reason to check it out. Many shows have done single episodes or storylines involving sexual assault, but Sweet/Vicious isn’t just about sexual assualt, it is about two friends who are fed up with their university not dealing with the reports and decide to take action. They are not just talk, Ophelia and Jules are the real deal when it comes to Sweet/Vicious and they do not shy away from beating the absolute stuffing out of campus rapists. Many will say “violence is not the answer” but it definitely is satisfying to see the girls enact some form of revenge. The show’s creator Jennifer Kaytin Robinson explained that she worked hard to make the fight scenes and choreography real and the two female leads Taylor Dearden and Eliza Bennett underwent serious training to do the scenes.

When many hear the premise of Sweet/Vicious they roll their eyes, and admittedly MTV has a hard time shaking its reputation created by reality shows such as Jersey Shore and The Real World, but Sweet/Vicious is a quality show that needs to be noticed. Since it is of course still a series, there is a lot more to intrigue viewers including a murder plot, love interests, and of course college life. For those who are worried Sweet/Vicious will just be an overload of traumatizing assaults, they need to know the show has integrated a lot of stories to deal with its main focus of vigilantes on campus.

If honest conversations about the issues of sexual assault wasn’t rare enough in movies or television, Sweet/Vicious doubles down on stepping outside of the box with having the show led by two female stars. Sadly, a lack of series and films with strong female leads is still a serious problem, but not for Sweet/Vicious. Eliza Bennett as Jules Thomas and Taylor Dearden as Ophelia Mayer were the absolute perfect picks to lead such a heavy and difficult series, and they did so with ease. Not only is it important that both of the main stars of the show are female, but it is equally important that they can really kick butt. Female vigilantes is a path even less explored and now Dearden and Bennett have set a very high standard for what being strong female leads really means.

One of the great things about the series is that while it is easy to sing the praises of its two main stars, the same can be said about its entire cast. Yes, Dearden is in fact the daughter of iconic actor Bryan Cranston, but the other stars are less heard of, yet are just as talented. Brandon Mychal Smith as Harris, Nick Fink as Tyler, Aisha Dee as Kennedy and Stephen Friedrich as Evan elevate the series to yet another level. Each one can be considered a “scene stealer” every time they are on-screen because of the way they present their character. Often there is admittedly a “weak link” in a large young cast, but you would be hard pressed to find one in Sweet/Vicious because they are all so amazing and they have audiences loving their characters just as much as the two main characters.

Sweet/Vicious began when Jules had decided to take matters into her own hands after being raped by her best friend’s boyfriend, Nate, and was discovered as the vigilante by Ophelia who vowed to help, but the series tackles much more than that. The first season features an episode where the girls take on a sorority house whose horrible hazing rituals include sexual assault in the form of writing on their pledges almost naked bodies and broadcasting them on video. It also incorporates all of the drama of relationships, friendships, and often overlooked is the fact that Jules and Ophelia had accidentally killed one of the rapists who happened to be Tyler’s brother. For those who think the series is just episode after episode of the same issue but different rapist, they are very mistaken. Sweet/Vicious battles multiple issues and types of sexual assault while also forming storylines that provide character development and issues outside of the assaults and attacks.

With any series, a key to success is real and believable chemistry, and even the greatest series can be hindered by lack of chemistry between its star. Yet again, this is something Sweet/Vicious does not have to worry about. While portraying best friends for the show the two actually became best friends which just makes their roles that much easier. Of the friendship, Dearden stated, “We are very close. We found ourselves one weekend after months of shooting, we were on my porch. I was reading, she was texting, and she looked up and goes, ‘Wait a minute. We’ve spent every weekend together. That means we spent seven days a week together.’ I’m like, ‘Wait, is that weird?’ She’s like, ‘I don’t feel like it’s weird, but I think other people would feel it’s weird.’ So we ended up spending every single day together. We’re really close.”

One of the biggest reasons that everyone should binge watch Sweet/Vicious is because right now there is no guarantee of a second season and there needs to be. After the show began getting buzz, Fox revealed that they were planning a new series “Controversy” which “follows the Junior Counsel of a prestigious Illinois university who takes on an immense scandal when a young co-ed accuses several star football players of sexual assault – a high profile case that brings the university under siege.” Instead of letting other networks take away from what Sweet/Vicious did first, and did right, fans should push to keep Sweet/Vicious going and continue to tell its story.