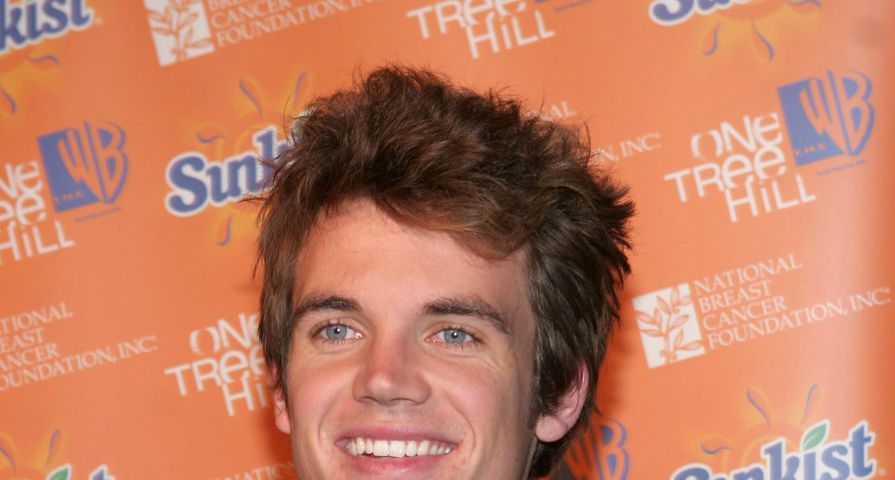 Whether you know him as Chris Keller from One Tree Hill or the actual musician Tyler Hilton, you love him. Hilton has a laid-back, easy-going way about him that charms absolutely everyone and he put just enough of himself in his infamous One Tree Hill role to make fans even like Chris Keller. Hilton is a talented actor and musician, who is also down-to-earth and hilarious, which means there are so many reasons to want to know more about the adorable star! Check out eight things you didn’t know about Tyler Hilton!

Tyler James Hilton was born in Palm Springs, Califronia in November 1983 to Kristy and Robert George Hilton and has a younger sister, Brittany. His love for music started early and while he was very young when he began teaching himself Elvis Presley songs. After moving around throughout California, Hilton attended La Quinta High School where he began his first band before he started performing solo at open mic nights and at local coffee shops.

When he was 16, Hilton fast-tracked his own career after calling into a local radio station that was giving away Jonny Lang concert tickets. While on the call, Hilton song a cappella version of Lang’s “Breakin’ Me” and the radio hosts were so blown away, they offered him a spot to perform for the station’s Christmas concert. Through this concert, Hilton got noticed by Maverick Records, a label under Warner Bros. Records, and they signed him to a deal at 18.

After getting settled in his music career, Hilton combined his musical talents with his interest in acting and appeared on the successful series One Tree Hill as Chris Keller. Then in 2005, he landed the role of his own idol Elvis Presley in the Oscar-winning film Walk the Line.

Hilton’s first role where he did not sing or play guitar was in 2007’s Charlie Bartlett. He has had roles on the shows Single Ladies, Castle and Extant, and in 2013 starred in a made-for-TV Christmas movie Christmas on the Bayou in which he plays the love interest of Hilarie Burton who was of course his co-star on One Tree Hill as Peyton Sawyer. Fans of MTV may have also caught Hilton on a season 4 episode of My Super Sweet Sixteen in which he performed at the party of Virginia Beach teen Amberly.

Back in 2007, Hilton starred as the love interest for the then up-and-coming country star Taylor Swift in her music video for “Teardrops on my Gutiar.” When asked how that happened, Hilton said, “She was fan of mine at the time and I loved her first record. I had mentioned hearing her first record and liking it early on in an interview and she called me and asked if I’d want to do the video with her. I was like: ‘How random! And sure!'” Then in 2012 he also starred in the music video for the country band Gloriana for their hit “(Kissed You) Good Night” with his then-girlfriend, Megan Park.

Along with megastar Taylor Swift, Hilton has quite a few celebrities in his social circle. Hilton has remained good friends with much of his One Tree Hill cast members including Sophia Bush and Chad Michael Murray, while it is also reported that, for his 21st birthday in 2004, Hilton was taken out by Joaquin Phoenix and Waylon Payne.

2. Being on One Tree Hill

Many fans of One Tree Hill don’t realize that Hilton was only supposed to appear as Chris Keller for a couple of episodes, but because of well his character went over and the way in which Hilton portrayed Keller, they wrote him into more episodes. In an interview in 2014, Hilton talked about how he ended up on the show. “They had written a part that was meant to feature a musician who could play his own songs and come on the show for a couple episodes. I had a song called “Glad,” on my record at the time, that the producers really liked so they asked me to come on and play it and do some scenes as this character. I had a blast with it and it ended up turning into many more episodes over the seasons that followed. In terms of visibility, it was huge for me musically. Plus, One Tree Hill fans are heavy music fans and they have broken a lot of artists just with their interest alone. It’s a pretty incredible fan base when they get behind you.”

Hilton began dating actress Megan Park back in 2007 after they met on the set of Charlie Bartlett. In December 2013, Hilton proposed to Park and the pair were married in October 2015. Park is best known for her roles in The Secret Life of the American Teenager, The Neighbors and most recently appeared on Jane the Virgin.