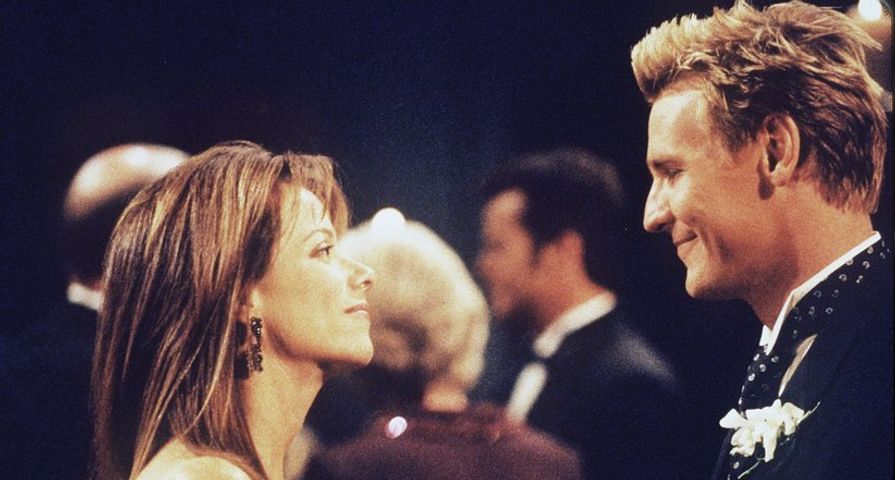 Port Charles is known for its super couples. After all, Luke and Laura shed a huge light on daytime drama romance back in the early 1980s and helped coin the ‘super couple’ catchphrase. There are those couples in the land of General Hospital (GH) that work (and work well), there are also couples that simply should not be together and are probably better of staying in the friend’s zone. Below is a list of seven GH couples that are way better off being just friends.

Nikolas and Elizabeth are both very good looking, smart, and had tremendous chemistry between those sheets. There was way too much drama around them when they hooked up. The two had been friends for years when they let a new-found attraction for each other take over. The fling they shared did nothing more than break a family apart, as Liz was engaged to Lucky Spencer (Nik’s half-brother) at the time. The good news is that everyone has moved on over the years and Liz and Nikolas became besties once again after the dust settled.

This might be a little debatable for some GH fans as there are many out there that truly believe that Robin and Jason made a great couple – and they did! The beauty of all this was even after they broke up they kept a very amicable relationship and had a very special bond between each other. Both would move on to build families with others, but they truly have a nice friendship that remains strong to this day.

Nothing beats the neighborhood kids you grew up with! These two have a history that stems all the way back to Bensonhurst, a Brooklyn community in New York, where they once both lived. They share a son together in Dante, and had a small romance in Port Charles. While this couple does have chemistry together, it is very clear that Sonny’s heart will always belong to Carly. The good news is that Olivia has found a nice love in Ned Quartermaine.

Super spies that save the world…unite! They also hook up sometimes too! Anna and Robert had some interesting chemistry together when Anna first arrived on GH scene. They have had a roller coaster of a relationship over the years, sharing happy, sad, and adventurous times together. Robert and Anna have always been great at solving mysteries and bringing down bad guys, but things don’t always seem to work out when they two hook up romantically. It’s undeniable that they do make great partners, friends, and did the co-parenting thing well when it came to Robin.

As BFFs, Jax and Alexis share a beautiful friendship. The two became friends when they had to pull off a scam pretending they were married. Both are smart, gorgeous, and seem like the perfect couple. Alexis has a thing for bad boys and Jax is a pretty decent guy – so it makes sense why they remain the best of friends and nothing more has come from this relationship.

Scotty and Lucy have a long history in Port Charles. They’ve engaged in many a relationship, as well as many a one-night stand over the years. They clearly work the best when they are simply BFFs. In their earlier years this meant scheming together, but as the years have gone by, both have seemed to lighten up when it’s come to manipulative plots. They truly are both a joy to see on screen together, even after all these years.

A one-night stand generally results in two things on soaps: a romance or years of awkwardness. It rarely ever means that two people will come together and share an incredible friendship. Jason and Carly have become much more than BFFs over the years, they have turned into each other’s family. Jason has loved her children as more than just an uncle, sometimes walking that fine line of father figure. While there may have been a point in time (many moons ago) where these two had a romp in the sack, the resulted friendship is probably the only thing which came of it that these two are grateful for.