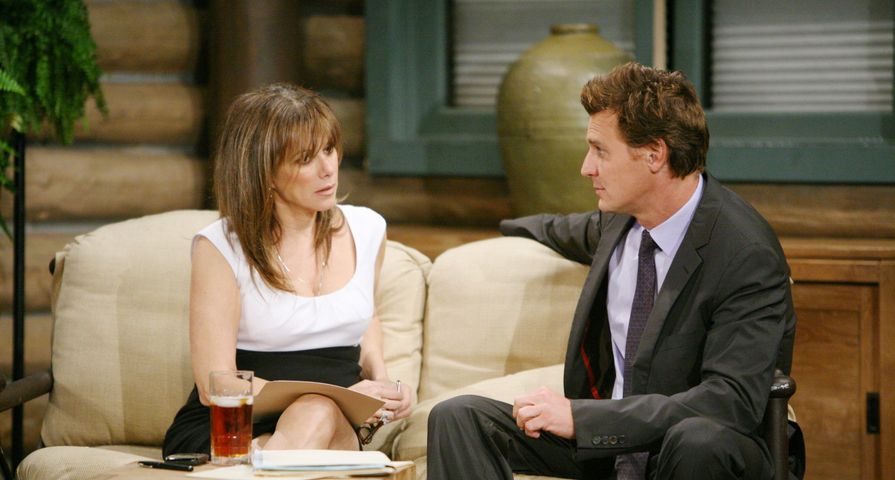 On Wednesday, December 15th, Rademacher appeared on Tucker Carlson Today and spoke at length about his firing from GH. As the two discussed the global health crisis and their criticisms of health mandates, the former soaps star revealed more behind-the-scenes glimpses into GH during his final days.

“[We] kind of knew that the mandates were coming a few months ago because Disney had already started mandating for their theme park employees,” Rademacher explained to Carlson, as reported by Deadline. Despite a steady presence of conservative GH colleagues, however, Rademacher felt that a unified front could’ve led to the end of the ABC soap.

“Let’s say everybody was standing up for me,” he continued, “if we were all linking arms together and said, ‘We’re not taking this vaccine,’ Disney would have just canceled the show. That’s what I believe.”

Rademacher stood by that belief by commenting on what he sees as GH’s shaky position on the network. “We’re kind of that show over here on the side that has a slot. We’re always walking on thin ice.”

Carlson then inquired about the “very unhappy person” in the GH cast who had been outspoken against Rademacher’s position – a thinly veiled reference to actress Nancy Lee Grahn.

“A complete bigot,” Rademacher responded, adding, “I love her. I love her work and advocate for her freedom to speak.”

Earlier in the day, Grahn had tweeted about Rademacher’s booking on Tucker Carlson Today, saying, “When u get hoisted by ur own petard (dragged mercilessly 4 being indefensibly racist, transphobic & anti science) by EVERY major media & social platform who overwhelmingly disapproved of you, you go on #tuckercarlson.”

The gloves are coming off between these former co-stars at a time when ABC is hoping to put the divisiveness to rest. The network made headlines in the summer after an outbreak of the virus created a heated dispute between GH fans and Rademacher. Finally, ABC fired Rademacher and Steve Burton when both actors refused to comply with parent company Disney’s health mandate.

At that time, Grahn was the first to make Rademacher’s exit public, tweeting that he was “mercifully” no longer on the soap. Rademacher later referred to Grahn’s announcement as a “huge disappointment”.

“After working with someone for 25 years,” Rademacher said on Instagram, “you would think that they would show a little bit more respect, and have a little bit more integrity, and allow me to make that announcement to the fans.”