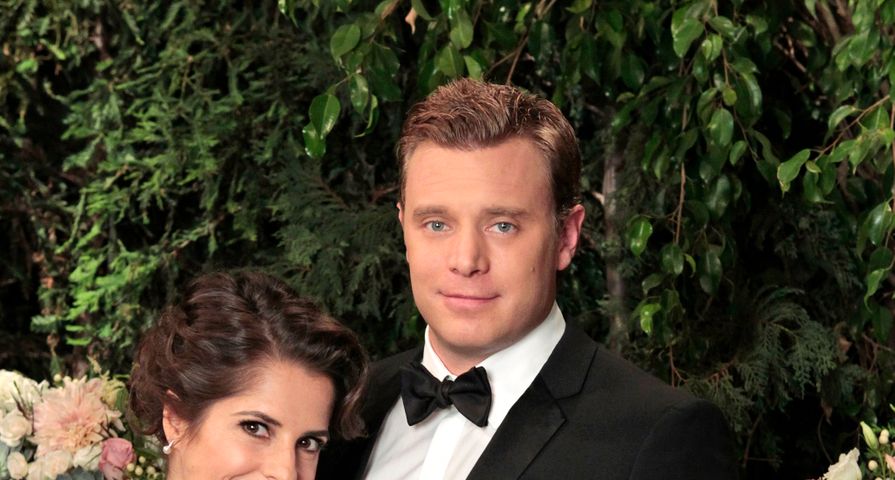 With Steve Burton returning to General Hospital (GH), many fans of the show are wondering if he will return as Jason Morgan or another character? How will the women of Port Charles deal with this? There will be more of Jason to go around! Alas, Jason Morgan has had many wonderful romances during his time in the small town and below are seven of the top ones ranked from worst to best.

In many ways, Carly should probably land at number one on this list. Many women have come and gone in Jason’s life, but Carly has remained a staple in his life as his best friend. They were once an item of sorts. The two have flirted, shared a one-night stand, and even kissed at one point when Jason was thought to be Jake Doe. In terms of friendship they are awesome together; however, when it comes to romance, not so much.

In the early 1990s when Karen Wexler first emerged on the GH scene, she and a teenage Jason (then Quartermaine) dated for a brief time. While Karen came from the wrong side of town and had an alcoholic mom, she also loved studying and seemed like a perfect match for the clean-cut Quartermaine. Alas, Karen’s heart belonged to Jagger and she would quickly move on from Jason to reach super couple status with Cates.

Keesha Ward was Jason’s first real girlfriend and was the first woman he ever made love to. They got together while he was Jason Quartermaine and the duo made a pretty cute couple. Sadly, in 1995 when the two were going strong, Jason fell victim to a car accident thanks to his alcoholic brother A.J. and ended up with brain damage. He would align himself with mobster Sonny Corinthos and leave the Quartermaine family (and Keesha) behind. Jason Morgan was officially born and he would move on to other relationships in Port Charles, while Keesha moved onto his brother A.J.

Jason and Courtney had a solid relationship back in the early 2000s and, while they both made a very cute couple, Courtney was Sonny’s sister, so she and Jason both hesitated on hooking up, but their chemistry and attraction was undeniable. Keeping their relationship from brother Sonny at first, Jason and Courtney were one of GH’s strongest super couples at that time. However, Jason’s mobster ways made it difficult for him and Court to sustain a viable relationship.

Robin and Jason had a special bond. She was the first girlfriend he had as Jason Morgan and he was the first boyfriend she had after finding out she was HIV positive. They had a sweet, yet passionate relationship. Good girl hooks up with bad boy is a huge recipe for love in soaps and Jason and Robin were a classic example of this in the land of Port Charles. The beauty of this relationship is that to this day the two share a unique and understanding friendship, despite the troubles that led them to break up.

As the mother of one of his children, Liz Webber truly holds a special place in Jason’s heart. Though their relationship was under wraps when they hooked up, what they shared was wonderful and produced a bouncing baby boy in Jake. In fact, there are many GH fans out there that wish Jason was still with Elizabeth as the two shared some incredible chemistry together. So much so, that even when Jason didn’t know who he was when he returned to Port Charles in late 2014 (as Jake Doe), but he still naturally gravitated towards Webber and the two shared a romance before he regained his memory.

Speaking of regaining his memory, as soon as Jake realized he was Jason he dumped Liz like a bad habit and ran straight to Sam. While some GH fans may want to see Jason with Liz, or maybe even Robin for that matter, truth is his heart belongs to McCall. They have been through their ups and downs, but these two always gravitate back towards each other. Which begs the question: if Steven Burton does come back as the real Jason Morgan, what will Sam do? Only time will tell…