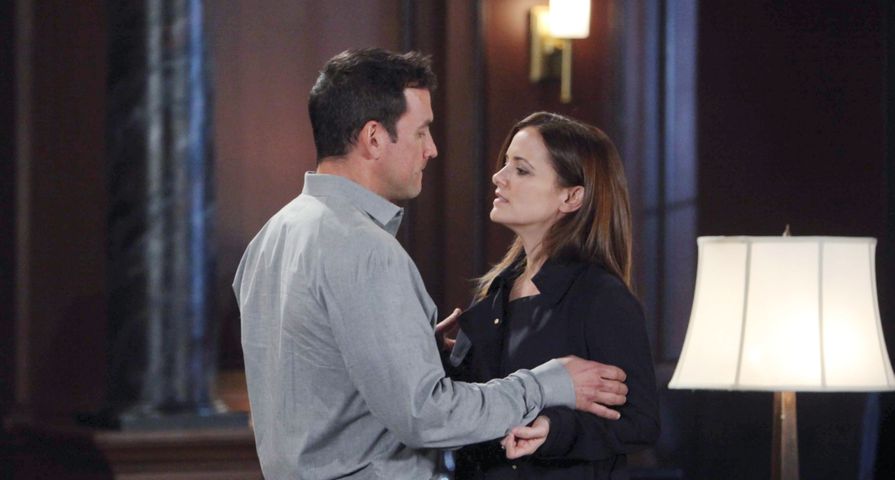 General Hospital (GH) is famous for one of the most well-known super couples that daytime drama has ever seen, Luke and Laura Spencer. Drawing in a historic viewership when these two lovebirds wed in late 1981, the episode still remains the most-watched in American soap opera history. While GH got it right with Luke and Laura (and many other couples over the years), this soap opera has also seen its fair share of couples who were just bad together — here are 12:

These two were Port Charles’ “It” couple at one point, and had a brood of fans that hung on their every romantic move. Affectionately known as Julexis, after the two got married in 2016, things changed and fast. Not only did Jerome almost pin a crime on her, but he ended up kidnapping his “wife” and almost axed her. If that isn’t toxic, we are not sure what is.

Nik and Britt actually did make a somewhat cute couple together; however, their relationship was built on a ton of lies. Moreover, the main one being that Britt’s son Ben wasn’t really hers at all. The truth would come out, and Britt would end up not only losing Ben but losing Nikolas as well.

Speaking of a relationship built on lies, the 2018/2019 twin switch storyline on GH was an incredible watch. It had suspense, eeriness, and wasn’t your typical soap opera “good twin versus evil twin” storyline (even though there was very much was a good and evil twin dynamic). Ava Jerome had been wooed by Kevin Collins, but it turned out, he wasn’t Kevin, but his psychotic twin brother Ryan, who everyone thought was long gone. As good as the twin storyline was, an even bigger story around Ava picking up the pieces of her life, not to mention the idea of revenge, unfolded during the aftermath of the great reveal.

The Britch is back on this list, and this time, she’s linked to Patrick Drake. After Robin passed on (or so everyone thought), Dr. Drake became the most eligible bachelor in Port Charles, and Britt Westbourne was all over him like a bad habit. While there was a “thing” going on between shy nurse Sabrina and Drake, Westbourne did everything in her power to keep Patrick away from her and all to herself. In the end, it didn’t last.

You don’t get any more toxic as Nelle Benson, and while her plan to ruin Carly’s life came to the surface the first time around, Michael still fell for her act and ultimately fell in love with her the second time around. Thankfully before these two tied the knot, the truth about Nelle’s second plan against Carly came out, and Michael finally wised up. Sadly, he had to go through months and months of thinking his son had passed on, but much like any other baby switch storyline, the truth came out on that one too.

When Drew first hit the GH scene, fans all thought he was Jason Morgan, and storylines led everyone to believe that “Stone Cold” was back on the Port Charles scene. No one in the little town had a clue around this, except for Nikolas and Elizabeth, and in a desperate attempt to keep “Jason” all to herself, she kept this a secret from everyone, including Drew.

Nothing screams toxic like a marriage solely build on two individuals uniting for the greater purpose of money and greed. These two had feelings at one point in time, and perhaps those feelings may resurface; however, their holy union was originally been based on revenge and the Cassadine fortune, so that doesn’t really seem like a good start.

Sifting through GH’s history, fans may remember when Lucy Coe was able to squirm her way into Alan Quartermaine’s heart. She broke one (of his many) marriages to Monica, and the two ended up getting hitched themselves in 1990 when Lucy donned a tasteless red dress. While Alan was smitten for a while with Lucy’s good looks, incredible body, and charm, it wasn’t too long before he wised up to her toxicity. The two divorced in 1991 when he found out that Lucy had an affair with fellow schemer, best friend and on-again/off-again lover, Scotty Baldwin.

They say opposites attract, but this doesn’t seem to be the case when it came to the toxic pairing of Liesl and Cesar. Sadly, while Liesl had always played second fiddle to Cesar’s (unhealthy) obsession with Anna Devane, these two were able to maintain a relationship for many years, despite the fact that there was no real love reciprocated from Faison. The two did share many schemes together over the years, as well as a toxic little daughter to match their own attitudes in Britt Westbourne. Since breaking up, Cesar has passed on, and Liesl is desperately trying to turn a new leaf over in life.

Lucky’s heart has always really belonged to Elizabeth Webber (despite the fact the two aren’t currently together). Still there was a time where Lucky was in a bad place, and temptation ruled his mind. Picture it: 2006 when Maxie Jones was certainly not the quirky, cute heroine GH audiences have known to love today, and Lucky wasn’t exactly the good guy that followed all the rules either. In fact, at that time, Lucky was struggling with drug abuse, and Maxie swooped in to help enable his bad habit. The duo ended up having an affair behind Liz’s back, so the foundation of the relationship was solely built on lust, manipulation, drugs, and other toxic behaviors.

This relationship had “toxic” written all over it. While the two had a ton of chemistry between the sheets, that is really all they had. Hayden lied to Nikolas on several accounts, including hiding her true identity from him. In turn, shortly after marrying her, Nikolas launched a private investigation into her past. Add “shooting” her (before they walked down the isle of course), and these two had a solid recipe for a toxic relationship.

This couple could easily land the top spot on any GH super couples’ list; however, they unfortunately also grab the number one spot when it comes to toxic couples. While they are in a rather good place right now when it comes to relationships, during their early years, especially their first three marriages, they were nothing but toxic together. In fact, Carly and Sonny could separately have “toxic” relationship lists of their own. Over the years the couple used their children against each other, lied, manipulated, and so much more. Even more toxic was their inability to stay apart when they did break up, having multiple affairs with each other when married or dating others. Alas, both have changed significantly, for the most part, and perhaps with age has come wisdom and learning how to communicate more effectively.