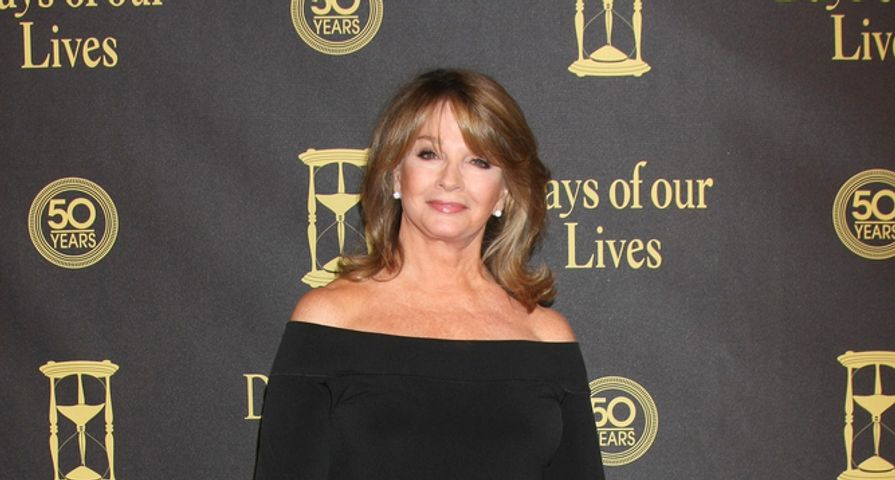 With less than a month from the big 2016 event, the Daytime Emmy Awards provide a platform to celebrate the best of the best when it comes to daytime drama. With only six awards to hand out when it comes to the actors and actresses who work hard to deliver quality work on their respective soap opera shows, it is a huge honor to simply be nominated and an even bigger accomplishment to win one of those golden statues. But what about those daytime actors and actresses who get snubbed year-in, and year-out, despite their best efforts? Below is a list of Days of Our Lives (DOOL) cast members who deserve a Daytime Emmy, but have never snagged one.

Deidre Hall has played the iconic Marlena Evans on Days (on and off) for over 40 years now. Her character has been through it all: battling Stefano DiMera, the Devil, and embarking on countless adventures with the love her life, John Black. Despite the fact that she has won countless awards during her tenure as Marlena (including two Soapy Awards for Best Actress, and three Outstanding Lead Actress Soap Opera Digest Awards), she has yet to win a Daytime Emmy for her incredible portrayal of Dr. Marlena Evans. While Hall has been nominated three times (once in 1980 in the Supporting Actress category, and twice in the Lead Actress category in 1984 and 1985), she has yet to be honored with a Daytime Emmy statue of her own.

Fan favorite Kate Mansi has been playing Abigail Deveraux DiMera since 2011, and DOOL fans have had the pleasure of watching this young actress evolve on the daytime screen from a troubled teenager, into a strong, and heroic woman. It’s actually quite surprising just how Mansi has been snubbed by the Daytime Emmys over the years, only receiving pre-nomination nods in 2012, 2013, 2014, and 2016. Sadly, Mani announced she was leaving Days earlier this year, and while the fate of Abigail DiMera hangs in the balance (as Days will not confirm or deny if the character will be recast), what’s even more saddening that after five incredible years on DOOL, Mansi is walking away without a Daytime Emmy.

Much like his partner in crime, Deidre Hall, despite being a staple on DOOL for many years now, and playing an incredible character as the mysterious, yet heroic, John Black. Drake Hogestyn has yet to win a Daytime Emmy of his own. Hogestyn joined the Days cast in 1986, and has had a roller coaster ride when it comes to adventures and identity issues — and it is simply shocking just how much he has been snubbed by the Daytime Emmys over the years, despite his interesting storylines and acting. In fact, in the close to thirty years the actor has played Black, not only has he not won a Daytime Emmy, he hasn’t even been nominated for one, with only a pre-nomination nod in 2005 for the Outstanding Lead Actor award.

Who could forget the moment in late October 2008, when Galen Gering debuted as the handsome, street-smart, and charming FBI agent assigned to watch over Sami Brady when she was placed under the witness protection program? Sami instantly fell in love with Rafe Hernandez, and so did DOOL fans everywhere. Galen falls at the number two spot of this list, because shockingly enough, he has never received a Daytime Emmy for his portrayal as Hernandez. He hasn’t even gotten a nomination or even a pre-nomination for that matter. It’s time for the selection panel to start paying attention to this DOOL character and the actor on behalf of his contributions on the show.

Film, stage, and television actor, Joseph Mascolo is probably best known for his brilliant portrayal of the evil and cold-hearted Stefano DiMera, a man who has tortured the residents of Salem for close to 35 years. Die-hard DOOL fans have been outraged for decades now at the fact that Mascolo has been snubbed by the Daytime Emmy Awards show, year-in and year-out. Stefano DiMera is not only an iconic soap opera villain, one that Days fans love to hate (and perhaps hate to love), but also one that has created such a huge impact and continuing legacy on the soap opera in the form of subsequent DiMera generations he has created. Days (and its fans) cannot turn its back on the DiMera legacy, thanks to the foundation that Mascolo created. The fact that Mascolo was never honored with a Daytime Emmy is shocking at best; however, even more shocking is that he never was even officially nominated while playing Stefano — he only received pre-nomination nods in 2008 and 2010.