5 Days Of Our Lives Spoilers For The Week (January 23) 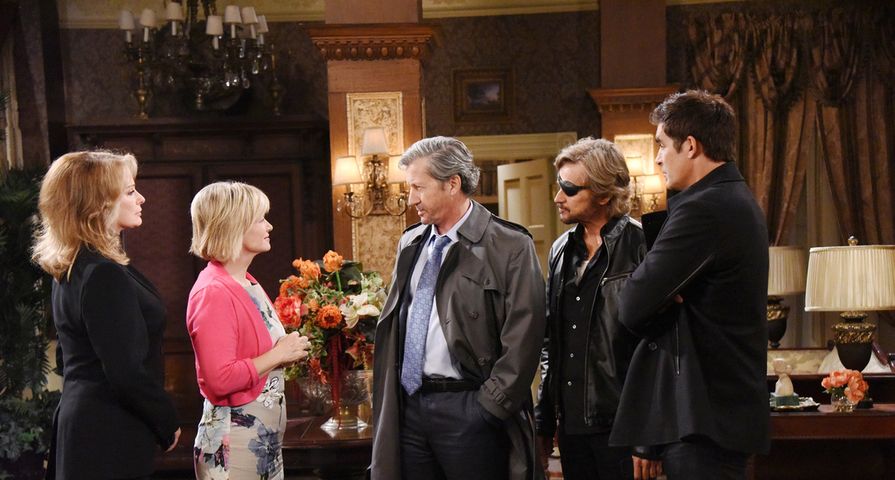 This week promises to be an explosive one in the land of Salem! Truths are revealed, the town’s teen scene gets some drama, a popular character returns, and Marlena is so close to drawing out Stefano once and for all. Learn about these juicy stories – and more – in the Days of Our Lives (DOOL) spoilers for the week of January 23rd.

Nicole will have a tough week. After that weird comment that Dario threw around last week, she thinks Deimos is in danger. Turns out she is right and Nicole sees a hit man going after him. Good news is she saves him. Bad news? In doing so, she gets a one-way ticket to jail. Chloe pays her a visit and drops a bombshell (well, technically two bombshells): that Baby Holly is actually Nicole and Daniel’s baby and that she (Chloe) has decided to pursue custody of the child. Chloe will first admit the truth about the baby on Monday’s episode to Brady.

Belle strolls back into Salem (on Tuesday) and decides to assist Chloe with custody ventures. She also helps daughter Claire move in with Ciara and Jade. Shawn, Belle, and Claire celebrate the big move with a pizza. Once the teen trio move in, things get ugly and fast! Conflict arises when Claire and Ciara begin to notice just how annoying Jade really can be.

While in Prague, Rafe seems to be losing his cool. Spoilers indicate that Rafe’s hot temper will cause some drama between him and others. They all want to clear Hope’s name and capture Stefano, but Rafe’s inability to stay calm under pressure will cause some tension. Steve makes some ideas to help with the search for Stefano, but Rafe lashes out and believes they are stupid. This will cause an explosive argument that results in fisticuffs. Steve and Kayla spend a romantic night together while in Prague.

2. Marlena Tries To Draw Out Stefano

Thankfully Marlena steps in between Rafe and Steve before things get ugly. She will help Rafe calm down through some meditation techniques. As the week progresses, Shane has information that could help break open the case. Marlena also works on a plan to draw DiMera out of hiding. She’ll be the bait … can Stefano resist this temptation?

Eric takes care of Hope as she fights for her life. Abigail and Gabi decide to work together to end the war between three families that are close to them. They don’t want anyone they care about to get hurt and the two frenemies decide to put a plan into motion to destroy the Orwell device.