10 Things You Didn’t Know About ‘The Partridge Family’ 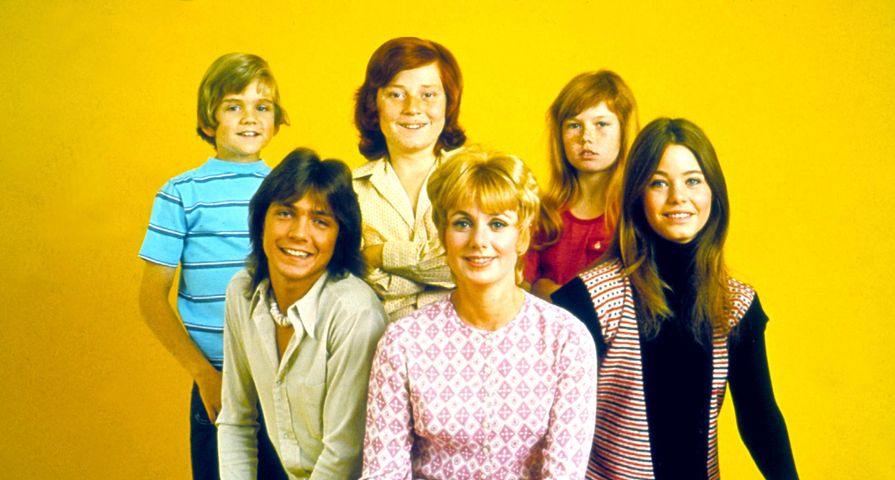 The Partridge Family was a highly successful musical-sitcom starring Shirley Jones, David Cassidy, Susan Dey and Danny Bonaduce. It told the story of a widowed mother who quits her job and embarks on a music career with her five children which was loosely based on the real-life musical family, The Cowsills, who were a popular band in the ’60s and ’70s. The Partridge Family premiered in 1970 and ran as part of ABC’s Friday night line-up for four seasons until 1974, but now it’s been over 40 years since the series finale! Here’s a look back at 10 things you probably didn’t know about the series!

In the first season of the show, Chris Partridge was played by Jeremy Gelbwaks, but he was forced to leave when his father’s job took him out of California. He was replaced with Brian Forster and no one seemed to notice. According to show creator Bernard Slade, ABC didn’t receive a single letter of complaint about the change.

9. Susan Dey had a Crush On-Set

Susan Dey was 17-years-old when she was cast in the role of Laurie Partridge and according to Shirley Jones, the teenage girl had a huge crush on the actor who played her on-screen brother, David Cassidy, but it was unrequited. Cassidy saw Dey as more of a sister than a love interest. “Throughout the series, Susan Dey continued to be crazy about David, but he didn’t handle her emotions for him particularly well or sensitively,” said Jones. Of course, it didn’t help that Cassidy was a teen idol who had an overwhelming amount of female fans. Jones wrote in her memoir: “She wouldn’t listen to my advice to stay away from David, and I found myself warning her over and over against getting involved with him.”

Typically the success of a hit show is something to be celebrated, but in Shirley Jones relationship with her ex-husband Jack, it was the reason behind the demise of their marriage. “The stratospheric success of the show took its toll on my marriage to Jack. His overriding sense of inferiority in the face of my success drove him into the arms of other women even more often than before,” she said. The final straw came with Shirley caught Jack at a restaurant with another woman. He then announced he wanted to separate, and the two later divorced.

If viewers think The Partridge Family House looks familiar, that’s because it probably does! It’s been used in several prime time shows from that time period. It was the home of Samantha and Darrin Stevens’ neighbors, the Kravitzes, on Bewitched, and on the same block as the house used in I Dream of Jeannie. It was seen again in later projects like Dennis the Menace and The Donna Reed Show and would show up once more in the 1998 Reese Witherspoon film, Pleasantville.

6. Danny Bonaduce was a Troublemaker

Danny Bonaduce played the role of Danny Partridge, the wisecracking, redheaded middle child. According to his on-screen mother, Shirley Jones, she said he was “highly talented” and “really, really smart,” but he was a kid who sometimes acted like a kid. “[He] would do kid things like get a dish of food and throw it across the room or have a pillow fight. Danny was a wild child who came from an unhappy home. At eleven, he started smoking,” she wrote in her memoir. Luckily, the entire cast treated him like family and loved and appreciated him. “Once, when he was getting too big for his boots, we all ganged up on him and convinced Susan to pour a pitcher of milk over his head, just to put him in his place,” she said. This eventually ended up in an episode of The Partridge Family, but with David Cassidy on the receiving end instead.

Prior to becoming Shirley Partridge, Jones was offered the role of another iconic TV mother — Carol Brady! In her memoir Jones wrote, “While the idea of playing the mother in The Brady Bunch was initially attractive to me, I turned it down because I didn’t want to be the mother taking the roast out of the oven and not doing much else.” On the other hand, when she was offered the role of Shirley Partridge, she didn’t even think twice! “I had no doubts at all about playing Shirley Partridge. First, because she was destined to become the first working mother on TV and I loved the script. Second, because working on the series would let me be an almost full-time mom and raise my kids.”

4. Jones Had a Hard Time with her Fame

When Shirley Jones took on the role of Shirley Partridge in 1970 she was no stranger to fame. She started her career in broadway and then moved into film in the ’50s and ’60s, but in her 2013 memoir she said she had a hard time grappling with the immense fame that came from starring in The Partridge Family. “The public continued to find it hard to separate the Partridge family from the real-life actors playing them, which could sometimes cause serious problems in our lives.” Jones cited one particular incident that occurred when her son, Ryan, was just a toddler and invited a bunch of fans into their home. Fans also assumed David was her real-life son, when he was actually her step-son. This caused his real mother, Evelyn Ward, a great deal of pain.

3. The Cast was Underpaid

This wouldn’t happen now, but back in the ’70s, companies like Sony were taking advantage of their hit stars. David Cassidy and much of the cast on The Partridge Family were underpaid. Because of the contract Cassidy signed, Sony and other companies weren’t required to pay him any royalties or even ask permission when they used his face. There was even a David Cassidy fan club that people paid money to without realizing he had no part in it. The fans who paid into the club had no idea they were lining the pockets of people not even associated with the teen idol. It wasn’t until his manager realized he was underage when he signed his contract that they were able to make it null and void. He later renegotiated and gained a more fair piece of the prize. Prior to that he was only earning $600!

One of the perks of working on a hit TV show is meeting and collaborating with all the amazing guest stars! The Partridge Family had some pretty cool stars like Farrah Fawcett, Jodie Foster and Rob Reiner — all of whom Shirley Jones loved working with. Her least favorite people were Dick Clark and Richard Pryor, who was “so drugged up that he never asked me a thing about myself,” and Ray Bolger, who was “a bit irritable and insisted that everything had to be his way,” said Jones.

The Partridge Family ran for four seasons from 1970 to 1974 and many of the cast members went on to have great careers. Dey appeared in several other TV shows including L.A. Law and of course Shirley Jones had a fruitful career. But Jones explained in her memoir that Susan Dey refuses to attend their reunions to this day because of what happened between her and David Cassidy. By the time she landed a part on another show in 1986 “she and David had grown apart, and nowadays they are completely out of touch, which hurts David tremendously. I was also hurt that out of everyone on the show, only Susan consistently refuses to take part in any TV reunions of The Partridge Family,” said Jones.