8 Things You Didn’t Know About ‘The Simple Life’ 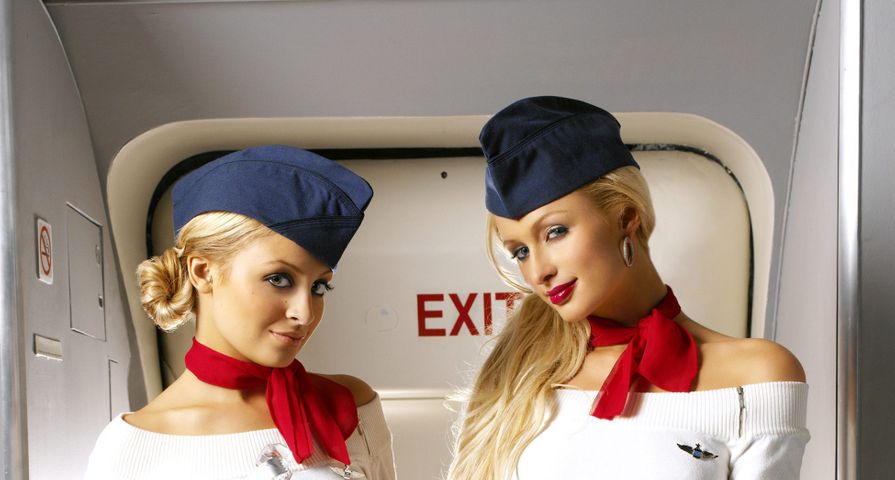 When The Simple Life first aired in December 2003, there was nothing else like it on TV at the time. Starring Paris Hilton and Nicole Richie, the reality show featured the two socialites struggling to perform menial, low paying jobs. The show was incredibly popular during its five-season run. Since it’s been about a decade since it went off the air, reminisce with these 8 things you didn’t know about the reality show:

The show was inspired by Green Acres, a sitcom about a New York society couple who moved to a farm. Brad Johnson, Senior Vice President of comedy development at Fox, initially wanted to move a wealthy family to the South and have cameras observe them without their credit cards and luxury cars, as they struggled to get jobs, buy groceries and fit in with average Americans. At the same time as this concept was being developed, Sharon Klein, senior VP of casting at Fox, was meeting with Paris Hilton because she was interested in doing a show with her. It wasn’t until these two departments talked that they realized they had their show – they would send Paris and her socialite sister Nicky to live on a farm!

Paris’ sister Nicky wasn’t interested in doing the reality show, so Paris asked several of her close friends including Kimberly Stewart and Johnson & Johnson heiress Casey Johnson to join her on the series; however, they both declined. The part was then offered to Nicole Richie, who accepted.

According to Richie, she and Hilton were constantly filmed at the beginning of the series. “We were filmed 24/7: in the bedroom, in the car, in the living room,” she told Marie Claire. “That was the most interesting part about The Simple Life, because it was intended to show what we were experiencing in the most truthful way. This changed later on, but at the beginning it was reality at its finest.”

During the season three episode, “Mortuary,” where the two reality stars go to work in a New Jersey funeral home, everything was staged, at least that’s what the funeral home owner John Podesta said. He claimed that the “cremains” that Nicole and Paris spilled were actually kitty litter and cement.

For season four, the producers wanted Paris and Nicole to take a trip to Mexico, but these plans were put on hold when it was confirmed that the two reality stars were no longer friends after they had a falling out. Then there were plans to shoot on the Hawaiian island, Maui, but that idea was scrapped too. In October, 2005, Fox unexpectedly cancelled the series, citing the stars feud as one of their reasons for doing so.

3. Networks Fight for The Simple Life

After Fox cancelled the show, networks including NBC, The WB, VH1, and MTV were all reportedly interested in obtaining the rights to the show; however, it was E! that was ultimately successful. They picked the show up for a fourth season, along with the rights to re-air the show’s first three seasons.

Complications arose during the show’s fifth and final season. Production was set to resume in November 2006 and air in March 2007; however, production had to be put on hold so that Nicole could deal with her ongoing weight issues. When production resumed in March 2007, more complications arose because both Paris and Nicole had been arrested for DUIs and were going to be serving jail time. While Paris was sentenced to 23 days in jail, Nicole struck a plea deal where she was sentenced to only 4 days in jail; however, both were able to serve their sentences after production wrapped. These weren’t the only problems that production encountered. During shooting, Nicole was hospitalized for dehydration and was diagnosed with hypoglycemia. In spite of these setbacks, shooting finished on schedule and the season premiered earlier than expected.

Despite that Hilton and Richie signed a contract for a sixth and seventh season of the show, E! cancelled the series on July 30, 2007. A the time, the series producer, 20th Century Fox, was hoping that the show would get picked up again. Other networks including MTV were said to be interested. A spin-off featuring Kelly Osbourne and Kimberly Stewart in Hilton and Richie’s shoes was set to air on E!; however, the show was not picked up after Osbourne opted out of the project after just a few days of filming, calling it “demeaning and juvenile.” 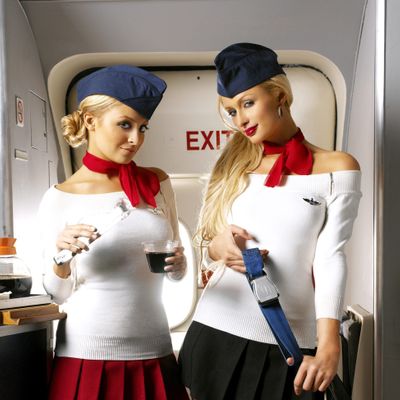