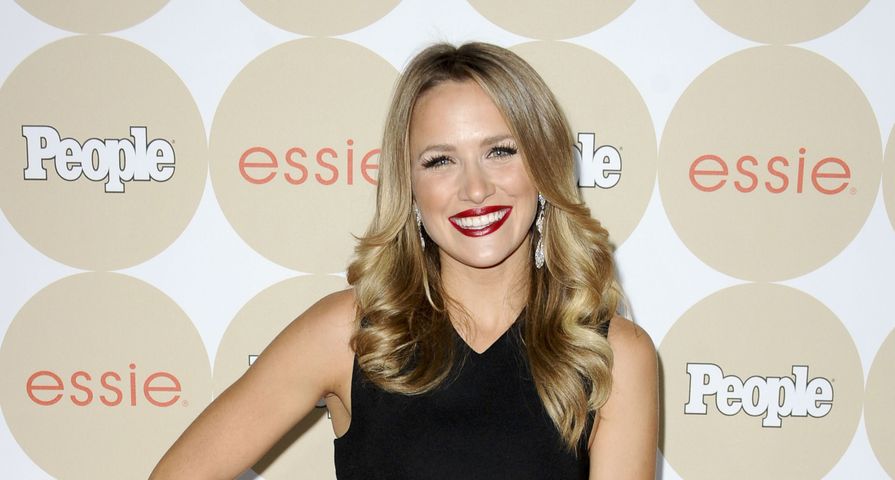 We will always recognize Shantel VanSanten as Quinn James, Haley’s beloved older sister on One Tree Hill. In addition to being involved in a major CW teen drama series that has one of the biggest fan followings, she’s also managed to make a career for herself outside of OTH with lead and recurring roles on popular series like The Messengers, The Night Shift, and of course, The Flash as detective Patty Spivot. One Tree Hill finished its long series run back in 2012, and despite its huge success, this stunning 30-year-old actress has managed to live a fairly quiet private life, so we did some digging and found 10 things you might know have known about Shantel VanSanten!

Her full name is Shantel Yvonne VanSanten and she’s quite tall measured at 5′ 8″.

She grew up in Spring, Texas where she attended an all-girls Roman Catholic private secondary school in a classroom with 43 other students at Incarnate Word Academy. When she graduated, she attended the Texas Christian University in Fort Worth, Texas.

Shantel started modeling when she was only 15-years-old. She first appeared on-screen as a contestant on the NBC reality series Sports Illustrated Swimsuit Model Search, but she didn’t make it very far because she was eliminated in the first episode! She has been featured as a model in Teen Vogue and Seventeen.

She hates scary movies, but has starred in two: The Final Destination in 2009 and Something Wicked in 2014. Shantel hadn’t seen any of the previous Final Destination films before starring in the fourth installment of the franchise because she was too scared to watch them. But she didn’t seem too scared on set because she ended up doing a lot of her own stunts.

While working on the show One Tree Hill, Shantel VanSanten played the character of Quinn James who is the older sister of Haley James Scott, who is played by Bethany Joy Lotz. Even though she acted as the older sis, in reality Bethany is four years older than Shantel and both of their characters.

VanSanten is a Dutch name. Her ancestry is 75 percent Dutch and 25 percent Norwegian.

Most One Tree Hill fans know that on-screen love birds, Shantel and Robert Buckley, are incredibly close off screen, but not in the way we’d all think! Despite rumors of these two being romantically linked they are just really, really close friends. Shantel has a boyfriend named Jon Fletcher who she met when filming the show, The Messengers. In an interview Shantel when asked about her relationship with Buckley, she said: “He’s my best friend, no no no! I mean we sleep in the same bed and nap together and to have that friendship to me is so important. Our chemistry is so much better because of it, because most romances come from a friendship so when you have that base in real life it only helps on screen.” Shantel admitted she can be a bit of nuisance for his love life because she is super protective of her best friend. “I cut them [girls] away. I’m pretty much like, ‘Not good enough, that’s not gonna happen, I don’t like her!'”

Before Shantel got her role on One Tree Hill she never envisioned herself as an actress. Growing up that was never her dream. During an interview with Seventeen magazine, VanSanten said, “I went from thinking I wanted to be a nun at one point, to going to college for journalism! I was involved in the arts and theater from early on, but it wasn’t until I took an acting class when I was 17 that I realized how passionate I felt about it.” When she originally auditioned for the show it was for the character of Alexis, but of course, she landed the role of Quinn James instead.

Another One Tree Hill co-star Shantel is close with is Bethany Joy Lenz. When asked how difficult it was to to join such a close knit cast like the OTH family so late in the series after they had all been working together for so long, Shantel said it was definitely hard but the fact that she became fast friends with Bethany helped a lot. She said the two struct up an instant friendship and would hang out off screen all the time, going to dinner or the movies or borrowing each others clothes. They were just like real sisters. She was reportedly in the delivery room when Lenz gave birth to her daughter Maria.