10 Things You Didn’t Know About One Tree Hill 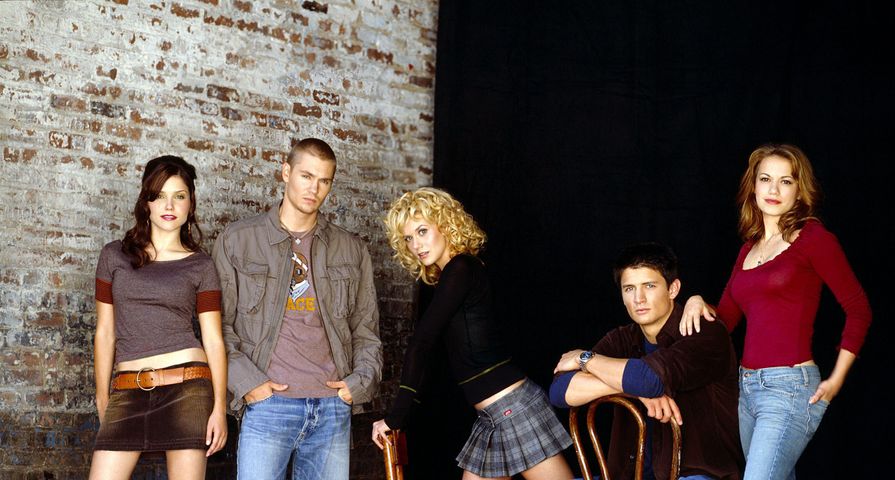 One Tree Hill has had a loyal legion of fans since its 9 season run from 2003-2012, which means that there is a lot of background information surrounding the show that we’re all aware of. For instance by now we are all aware that One Tree Hill is named after the song off of U2’s “Joshua Tree” album and that on-screen loves Sophia Bush (Brooke) and Lucas (Chad Michael Murray) were married in real life. Like many long running shows, however, there is probably some things you didn’t know about the show and its various (and amazing) cast members. Here are 10 Things You Didn’t Know About One Tree Hill.

10. One Tree Hill was actually supposed to be a feature length film called Ravens but after four years of pleading with creator Mark Schwahn, executive producers Brian Robbins, Mike Tollin and Joe Davola succeeded in having him turn it into a TV series instead. While the film thankfully gave way to an amazing television series, we wouldn’t say no to a One Tree Hill reunion movie now!

9. Wilmington, North Carolina renamed a street to One Tree Hill Way in honor of the show shooting there for all of its nine seasons. Many of the set locations can still be visited in Wilmington and fans often flock to it. In real life Haley’s and Peyton’s houses are actually just across the street from each other, but unfortunately the river court was taken apart after the show ended. Before being filmed in North Carolina however, the whole show was set in Illinois but the network, then the WB, asked Schwahn to relocate it to a warmer climate.

8. Chad Michael Murray (who played Lucas Scott) is a huge sports fan but more so football than basketball and actually had never played the game before he was cast. As a result they had to hire a basketball coach specifically for him. Meanwhile James Lafferty (who played Nathan Scott) really was a high school basketball star which played a large part in his casting giving the focus on basketball throughout the series for Nathan’s character.

6. Although Sophia Bush isn’t present in the first episode, she is the only character to appear in every episode since she showed up in Season 1 Episode 2, which also makes her the character who appears in the most episodes. While she ended up being the most consistent actor on the show, it was apparently not easy for her to get the role. Bush had to audition three times after first being told she wasn’t sexy enough, then being told she looked too sexy and by the third time she finally got the part.

5. In the show, Haley going on tour with Chris Keller almost spelled doom for Naley however, the two, Bethany Joy Lenz and Tyler Hilton, went on tour together in real life. Originally Haley’s character didn’t even have a singing component but one day creator Mark Schwan overheard Lenz singing in the parking lot and decided to make it a part of her character.

4. In season 8 when Haley is pregnant with her and Nathan’s second child, Bethany Joy Lenz was actually pregnant in real life. In season 1 however, Moira Kelly (Karen Roe) didn’t know she was pregnant until after filming the first episode and because it didn’t fit in the storyline, they tried to hide the pregnancy using props although it is very obvious when she leaves for the airport to go to Italy which was actually Kelly’s maternity leave from the show.

3. Paul Johansson played a very convincing villain as Dan Scott, so convincing in fact that he had fans of the show get angry at him in real life. Johansson revealed that one time when he was out and about an older lady came up and hit him with her purse several times asking why he was destroying “those boys'” lives, referencing his on-screen sons Nathan and Lucas Scott.

2. Antwon Tanner who plays Skills only read his own lines for the script so it wasn’t until after the first episode aired did he know that Lucas and Nathan were brothers. It also turns out that the close bond between Tanner and Jackson Brundage who played Jamie Scott was real. Because of his young age Schwahn would let Brundage tell him what he would want to do and film the scenes including those things such as eating ice cream and playing with Skills, which resulted in a lot of on-screen bonding time between the two.

1. Nathan’s bizarre kidnapping storyline in season 9 was because James Lafferty only signed on for half a season but was still credited as a series regular.