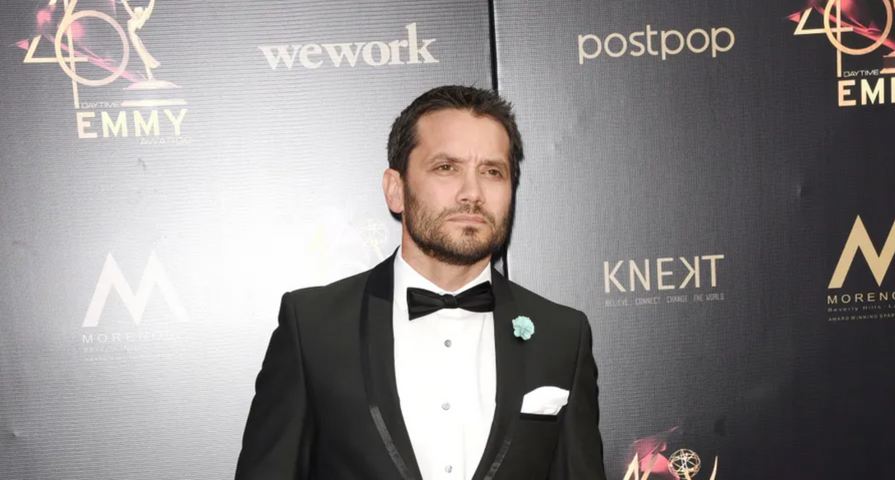 The talented and handsome Dominic Zamprogna has wowed General Hospital (GH) fans for about eight years now playing Dante Falconeri. The cop character role is smart, fights for justice, and has a wonderful super couple relationship with Lulu Spencer. While GH audiences may know a lot about Falconeri, there is a whole side to Zamprogna that seems like uncharted territory. As such, below are some things you may not know about GH’s Dominic Zamprogna.

Believe it or not, Dominic Zamprogna is a Canadian boy, through and through. The actor was born in April 1979 in Hamilton, Ontario, Canada, a city just outside of Toronto. His northern home is still close to his heart. In June 2016, he and his GH co-stars William DeVry (Julian Jerome) and Robert Palmer Watkins (Dillon Quartermaine) went to Toronto to participate in an event for the Leukemia & Lymphoma Society of Canada to raise funds and awareness for the cause.

Where did Zamprogna get his love and passion for acting from? His parents clearly inspired him! His father was a dancer, and while Dominic was growing up, he watched him manage a dance and acting school. Daddy Zamprogna was also the program director for Ontario’s Theatre Aquarius. His siblings Gema and Amanda are also in the acting business so clearly Dominic’s talent is embedded in his DNA.

Speaking of DNA, did you know that Dominic has a twin? Before all those GH fans who have a crush on Zamprogna get too excited, he’s a fraternal twin to his sister Amanda. No twin switch-ups or potential evil twin stories in the Zamprogna family, but there are probably a lot of fun memories.

Most GH fans could not imagine Dominic doing anything but acting or performing at this point. He’s turned the Dante Falconeri character into something of incredible substance over the years, and the character is involved in most of the show’s high-level storylines, but when Zamprogna was little, he had dreams of being an athlete. As a youngster, he played basketball and soccer.

Zamprogna dabbled in a few roles as a child, including the series Are You Afraid of the Dark and F/X2. When he turned 18, he scored a role in the film The Boys Club, and three years later he landed the lead part in Edgemont, a Canadian drama targeted to teens. He also had small roles in other films and appeared in several episodes of Battlestar Galactica.

Stepping into the role of Dante Falconeri just may have been a huge stretch for Dominic, as the actor and GH character do seem like worlds apart, in so many ways. However, one thing both share in common is their heritage and background. Much like Dante, Zamprogna is of Italian descent.

After high school, Dominic decided to further his education by heading off to university. He was accepted into the University of Toronto and attended classes for a brief moment in time. However, the actor did decide to leave his studies behind, reportedly stating the reason behind this move was that he wasn’t “good at school work.” That may or may not be true, but many GH fans might be happy that he ended up pursuing a career in acting after all!

Zamprogna is an incredible soap opera actor and it truly shows. He’s been nominated twice for a Daytime Emmy, but sadly, has yet to snag a statue. In a June 2014 interview, Dominic relayed the story of where and when he found out that he had been nominated for the first time. Zamprogna noted that as he is up with his children at 5:30 a.m., and the nominations were being revealed at 9 a.m. (east coast time), he hopped on Twitter and found that someone had tweeted about his nod in the feed. He checked the Daytime Emmy’s Twitter handle and it was confirmed. His first thought? How happy his deceased mom would have been and how he wished he could just tell her about it.

Speaking of his mother, while Dominic clearly misses her, the nice thing is, he’s clearly formed a special bond with onscreen mother, Lisa LoCicero (Olivia Falconeri). As Zamprogna relayed in a January 2010 interview, they have been tight since the very first day they both arrived on GH. Dominic added that she’s supportive and they generally have a great time on the set together.

While soap opera storylines can get crazy and intense, they also can be a lot of fun to work through. With over eight years of material to work with, it might be hard for Zamprogna to pick just one favorite GH arc, but in a June 2016 interview, Dominic listed Sonny shooting Dante as the first, with a close second for him being Dante’s affair with Valerie and the short break up of Lulu and Dante.