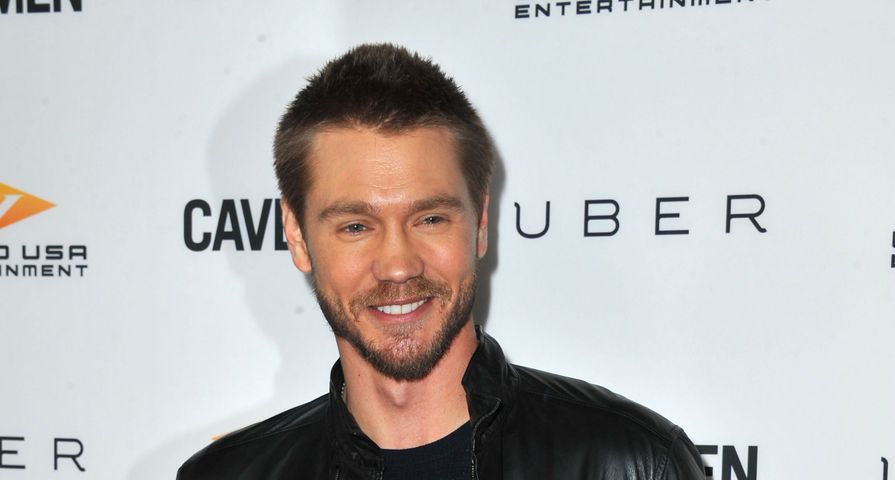 Chad Michael Murray may always be best known for his role as Lucas Scott on the hit series One Tree Hill, but there is so much to the 34-year-old actor fans don’t know. Since he had a rough couple of years and developed a bad reputation, Murray has made a point of improving his reputation, keeping his personal life private and focusing on his career. With so much going on for the star both personally and professionally, now is a great time to check out 10 things you didn’t know about Chad Michael Murray!

Chad Michael Murray still talks fondly of his days on One Tree Hill and has admitted that over the years he ended up taking home quite a few things from the set. “It turns out I kept too much. I had a closetful of different memorabilia, and I was like, ‘Okay, I’ve got to find something to do with some of this stuff.’ And so I ended up giving it back to the fans.” He did keep some special items though such as his grey hoodie and his jersey.

He may have played a basketball star on One Tree Hill, but Chad Michael Murray’s true passion is football. He played as a kid and, in fact, a scene in One Tree Hill where Dan Scott opens a locked box full of childhood pictures of Lucas included one of a young Chad Michael Murray in his football uniform. He played both quarterback and receiver and went to State with his team in his senior year. He is also a huge fan of the Buffalo Bills.

When he was younger Murray had to undergo a surgery which involved the removal of part of his small intestine because of a football injury he sustained. He also had to have surgery on his nose early on in his career when he was “jumped” in a Burger King, resulting in a broken nose. Murray gets very angry, however, when people accuse him of getting a nose job for his modeling and acting career.

After a 7 year long engagement with a former One Tree Hill extra Kenzie Dalton, the pair abruptly called the whole relationship off in August 2013. In late 2014 Murray quietly began dating his Chosen co-star Sarah Roemer and in January 2015 it was shockingly announced that not only were he and Roemer married, they were expecting their first child. They welcomed a son in May 2015 and in March 2017 they had a second child, a daughter.

At the height of his career, things started to quickly turn on Chad Michael Murray after it seemed he was turning into one of the bad boys of Hollywood with a bad attitude and a bad reputation. It all began after only a few months of marriage to his One Tree Hill co-star Sophia Bush when it was reported that Murray had cheated with his House of Wax co-star Paris Hilton. It was never confirmed, but Bush did file for an annulment claiming fraud and was later granted a divorce, and then there were rumors that his diva-like behavior on set got him kicked off OTH.

Much like Lucas, Murray loves to write and after years of many incomplete projects, he published his own graphic novel Everlast in 2011.

He took his acting talents to music videos when Murray starred as Alicia Keys’ love interest for her music video to 2010’s “Un-Thinkable (I’m Ready).”

He may have a bad Hollywood reputation, especially concerning his relationships, but Chad Michael Murray has a great relationship with animals and his Instagram is packed full of adorable pictures of him with his pets. He also posts pictures supporting organizations against animal cruelty.

When Chad was only 10, his mother abandoned his family, leaving his dad Rex Murray to raise himself and his three brothers, Rex, Nick, and Brandon. He has stated before that his abandonment issues were the main reason he took the part of Lucas Scott in OTH after first being offered the part of Ryan Atwood in The O.C. He got his first job when he was 10 delivering newspapers and when he was 14 he began working as a janitor at a doughnut shop.

Chad stated that he “was always an entertainer,” but things started moving forward in his career when he won a scholarship to attend a modeling convention in Orlando. He met an agent who encouraged him to go to L.A. so after graduation in 1999, he went, got a manager and landed the part of Tristan in Gilmore Girls.