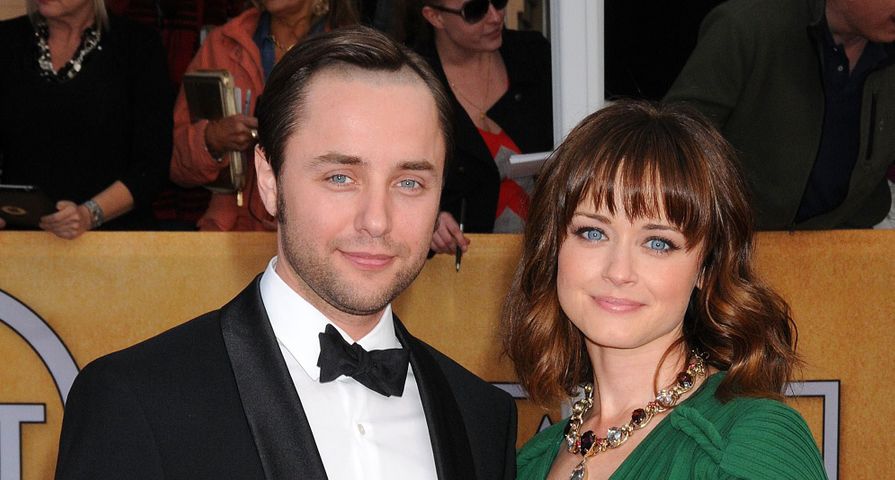 In Hollywood, it’s common for co-stars to hook up. It happens all the time! Sometimes these on-set relationships get serious and the couple ends up tying the knot, but it doesn’t always work out. Check out these 19 on-screen co-stars who got married in real life:

Channing Tatum and Jenna Dewan didn’t immediately begin dating when they met on the set of the 2006 film Step Up. Instead, they waited until filming wrapped. The two got engaged in Maui in September 2008 and were married in July 2009. After nine years of marriage and one child, the couple announced in April 2018 that they are separating; however, neither one of them has filed for divorce.

Jennifer Garner and Ben Affleck first met on the set of the 2001 flick Pearl Harbor when she was married to Scott Foley. They worked together again on the movie Daredevil, which is where they fell in love. In October 2004, they made their first appearance as a couple together at a Boston Red Sox game and then they were married in June 2005. After 10 years of marriage, the couple split in June 2015, but share custody of their three children.

When Blake Lively and Ryan Reynolds first met on the set of Green Lantern, they initially became friends. It wasn’t until they went on a double date with other people that the sparks began to fly. The couple began dating in 2011 and were married in September 2012. Together, they share three adorable daughters, James, Inez and Betty.

Mariska Hargitay and Peter Hermann, whose full name is Karl Peter Frederic Albert Hermann, were married in August 2004. Their first date included Peter taking Mariska to church. On their show, Law & Order: Special Victims Unit, Peter plays a lawyer and Mariska is a police officer, but the characters aren’t romantically involved with each other.

Alexis Denisof and Alyson Hannigan, who met on the set of Buffy the Vampire Slayer, weren’t romantically involved with each other on the show. They both played supporting roles to Buffy, with Alyson playing Buffy’s best friend and Alexis playing the role of Buffy’s Watcher in season three. The couple is still in love, having married on October 11, 2003. Together, they share two daughters.

Chad Michael Murray and Sophia Bush, who met each other on the set of One Tree Hill, weren’t so lucky in love. Their marriage was annulled after five months. Sophia has since moved on but has stated she isn’t happy being another Hollywood statistic. They married in April of 2005, and by December, Chad was openly dating an extra on One Tree Hill. Their divorce was filed two months later.

Kelly Ripa and Mark Consuelos met on the set of All My Children when Mark was added to play Kelly’s lover and married on May 1, 1996. Both left the show in 2002. They are both still happily in love with the other and enjoy a more traditional style of marriage. Kelly is a bit more famous than her husband Mark, but he’s the one who makes the majority of decisions in the family.

Elizabeth Taylor and Richard Burton were involved in the most famous affair of all time when they met on the set of Cleopatra in 1962. Their affair caused a worldwide scandal and was even condemned by The Vatican. After filming wrapped, the two divorced their spouses and were married in 1964 and went on to have a tumultuous relationship. They were divorced in 1974, were remarried in 1975 and then divorced less than a year later in 1976.

Annette Bening and Warren Beatty have now been married for 26 years, but they first met back in 1990 when he was looking for a leading lady in his mafia drama Bugsy. Beatty waited until filming wrapped until he made his move on his beautiful co-star. They were married in March 1992 and have four children together. Even though many weren’t sure the marriage would last, these two have proven that they are the real deal!

Back in 1989, former A-list couple Tom Cruise and Nicole Kidman fell in love on the set of Days of Thunder. The couple was married the following year and went on to star in two more movies together, Far and Away and Eyes Wide Shut, and adopt two children, Connor and Isabella. In 2001, Cruise abruptly filed for divorce, citing irreconcilable differences.

Paul Wesley met Torrey DeVitto when they co-starred in Killer Movie together in 2007 and quickly became a couple. In April 2011, they were married in a private ceremony in New York City and DeVitto then landed a recurring role on Wesley’s hit show The Vampire Diaries. Two years after tying the knot, the couple filed for divorce in July 2013.

Ashton Kutcher and Mila Kunis played love interests on That ‘70s Show, but they didn’t end up dating until 2012. They became engaged in 2014 and then were quietly married in July 2015. The couple shares two children together, daughter Wyatt and son Dimitri, and after six years together, they are still madly in love!

When Angelina Jolie and Brad Pitt met on the set of Mr. and Mrs. Smith, he was still married to Jennifer Aniston, but it didn’t take long for their relationship to fizzle and for him to hook up with Jolie. The two were together for 12 years in total and were married for two when the actress turned humanitarian filed for divorce in September 2016.

Claire Danes and Hugh Dancy met and fell in love on the set of the 2007 movie Evening. They were married in September 2009 in France and have two sons together Cyrus and Rowen. These two are really private about their relationship, but it’s clear that they are really happy.

Daniel Craig and Rachel Weisz had met years ago when they were in college, but they only started dating when they filmed 2010’s Dream House together. At the time, she was married to Darren Aronofsky while he was engaged to Satsuki Mitchell, but they quickly split from their respective partners and were married in June 2011 in a private ceremony in New York. The two are fiercely private when it comes to their relationship, and in 2018 they welcomed a daughter together.

Mark Duplass and Katie Aselton first met on the set of The League where they played platonic friends. Katie played the wife of another man on the show. In real life, this couple is happily married with two children.

Anna Paquin and Stephen Moyer played former lovers on True Blood. In reality, they have been married since August 21, 2010, and share a set of twins. They will be teaming up again for a new television show called Flack. She will be the show’s star and they both will be executive producers.

Angela Bassett and Courtney Vance played husband and wife on the show ER and were married in real life on October 12, 1997. Both are seen as role models for youth interested in acting and medical careers and are openly madly in love with each other.

Vincent Kartheiser and Alexis Bledel met on the set of Mad Men in 2012 when she had a multi-episode arc on the show playing his mistress. They began dating shortly after the season wrapped and were engaged a year later. The couple was secretly married in June 2014 in Ojai, California, and welcomed a son in the fall of 2015. No one even knew Bledel was pregnant until after the fact! It was her Gilmore Girls co-star Scott Patterson who spilled the beans!