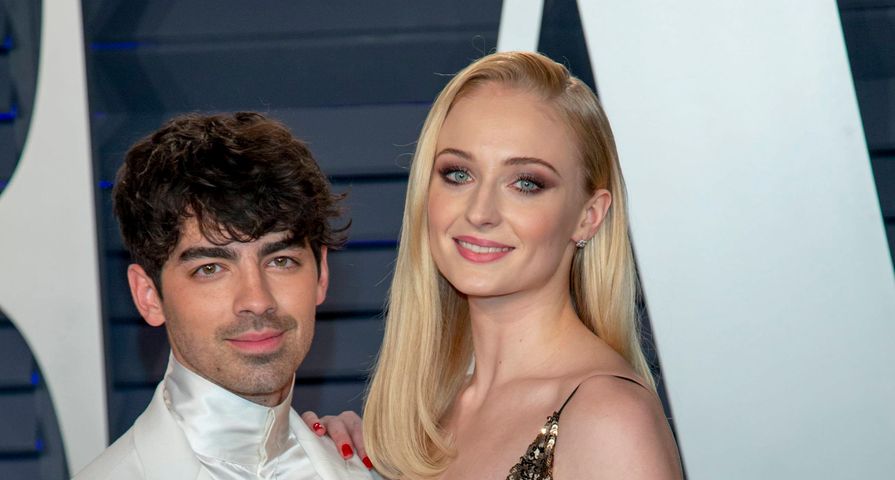 With Nick Jonas marrying actress Priyanka Chopra in 2018, Joe Jonas’ big year looks to be 2019 with actress Sophie Turner. The DNCE and Jonas Brothers singer and the Game of Thrones actress are two huge celebrities, but even in the age of social media have managed to keep a relatively low profile with their romance. Check out these things you never knew about their love story and relationship:

Like quite a few young couples, Joe Jonas and Sophie Turner met thanks to social media. Despite both being popular stars, the pair didn’t exactly find themselves at the same events and rather Jonas direct messaged Turner on Instagram to initiate a romance. “We had a lot of mutual friends and they’d been trying to introduce us for a long time,” Turner told Harper’s Bazaar UK. “We were following each other on Instagram and he direct-messaged me one fine day, out of the blue.” 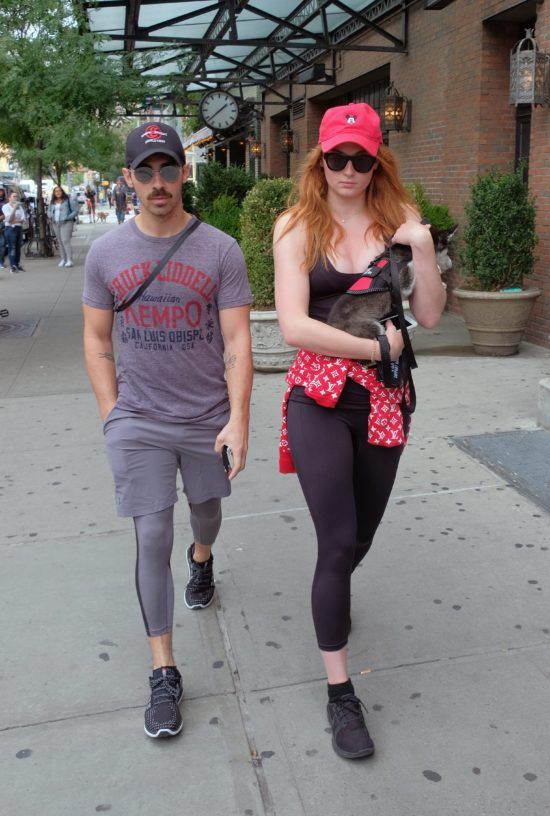 After Jonas’ “out of the blue” direct message the pair quickly struck up a friendship that evolved into romance. The duo kept their dating as far out of the spotlight as possible, but it wasn’t long before they were spotted together. While they haven’t divulged what their first date was, the pair have been spotted out and about at concerts and many sporting events together, but the earliest event they were seen attending together was a Kings of Leon concert in late 2016. “They were really close together,” a concertgoer told PEOPLE. “They were kissing. She was all smiley and he looked really sweet.” 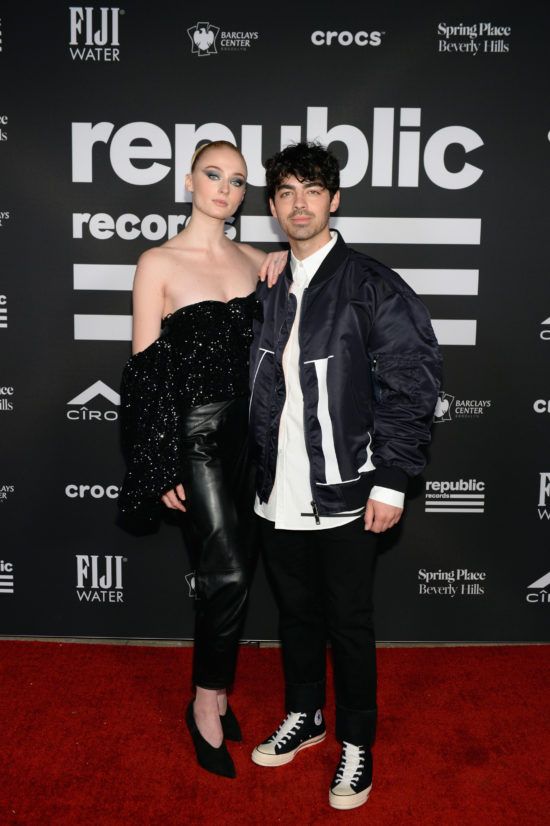 Sophie Turner has handled the intense fame of Game of Thrones really well, but she wasn’t exactly thrilled with the increased attention she received when she began dating Jonas because he is also famous. “You do feel like you’re living in a fishbowl… It’s frustrating [that] it’s the most mundane things that make the news – how boring! There are really no other headlines?” she told Marie Claire UK. The pair have been able to deal with the attention well though because they have each other and because they both understand the industry. “I found it easier to date someone who understands the industry or is in that world,” Turner explained. “You realize that you’re not going to see each other all the time,” she said, adding: “And you don’t feel like a jerk when you’re like, ‘My publicist says I can’t do this…'” 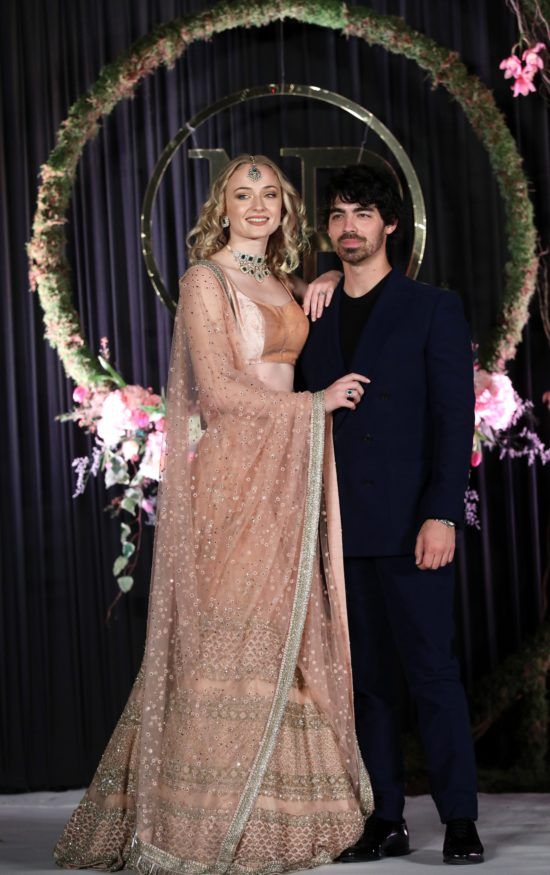 After months of their rumored dating, by late 2016 the couple had never officially confirmed their romance and had never walked a red carpet together but things changed early in 2017. On January 1, 2017 Turner finally acknowledged their romance publicly when she posted a photo of Joe Jonas on a boat in Miami with the caption “Miami Daze.” Despite opening up more and more about their relationship, the duo didn’t officially attend a major event together until the fall of 2018. The pair made their relationship “red carpet” official at the Louis Vuitton show as part of the Paris Fashion Week Womenswear Spring/Summer 2019 on October 2, 2018. The following February they walked the red carpet at the Vanity Fair Oscars in February 2019 and in April finally attended a premiere party together for the final season of Game of Thrones. 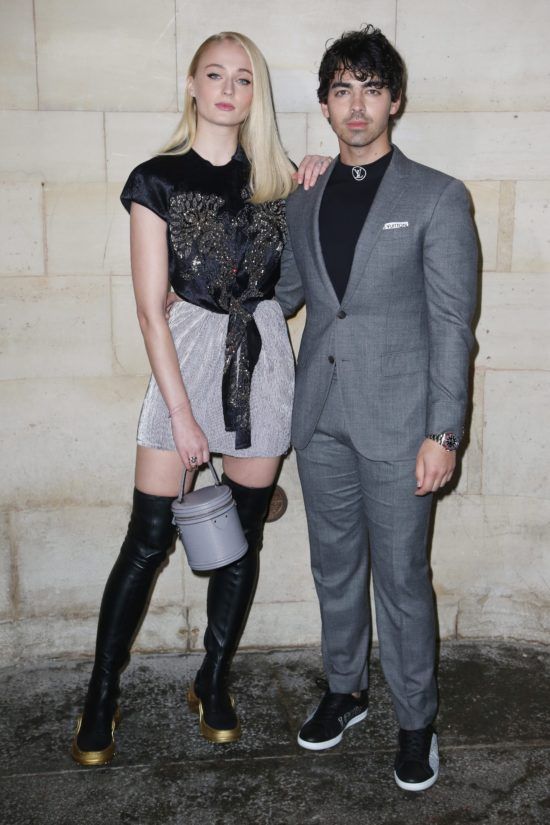 When either Joe Jonas or Sophie Turner go out in public, they are bound to be recognized, but when they are together the attention gets even worse. Although Turner said that she didn’t want her life to be a “fishbowl” she didn’t want to have to hide her romance or strategically plan their outings just to avoid the paparazzi, and revealed that after awhile they didn’t try so hard to keep their romance out of the spotlight. “Happiness has just trumped it all,” Turner shared. “You want to be normal, go out without the fear of people hounding you, but if I’m happy then I’m not going to give that up to be private.” 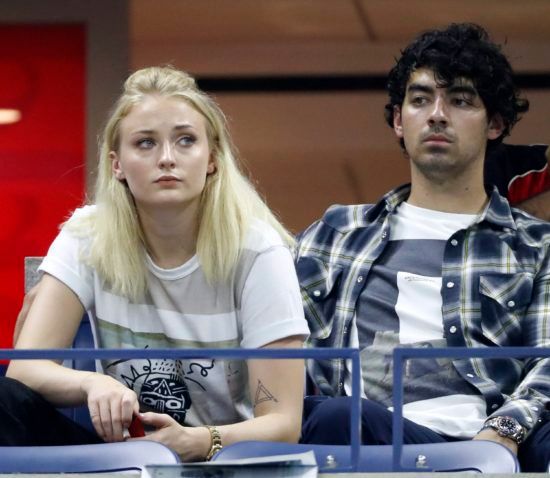 After just over a year of dating, the duo announced they were engaged by sharing matching photos to their social media. “I said yes,” Turner captioned her photo posted on October 15, 2017 showing the couple’s hands overlapped with Turner’s stunning engagement ring front and center. Jonas simply captioned his photo, “She said yes.” Jonas also explained that although they try to keep their romance private, they wanted to share the news themselves before someone else did. “We knew it would get out if she was walking around with the ring on her finger so we tried to be timely about it, but the emotions took over,” he said. 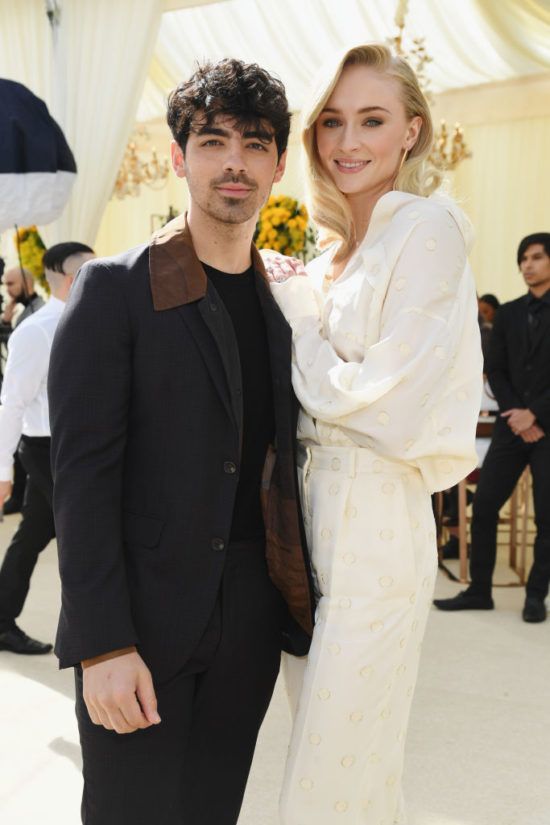 While some couples get matching tattoos, Jonas and Turner put their own spin on it. The pair went together to get tattoos and ended up with adorable Disney themed ones. Jonas got “To infinity” in script written on his wrist while Turner’s finished the Toy Story quote with “& beyond.” The pair also went together to get another set of tattoos, but instead of matching tattoos both got them to honor their grandfathers.  Turner got the letter “g” inked on her pinkie father while Jonas got a framed image of his grandfather inked on his arm. 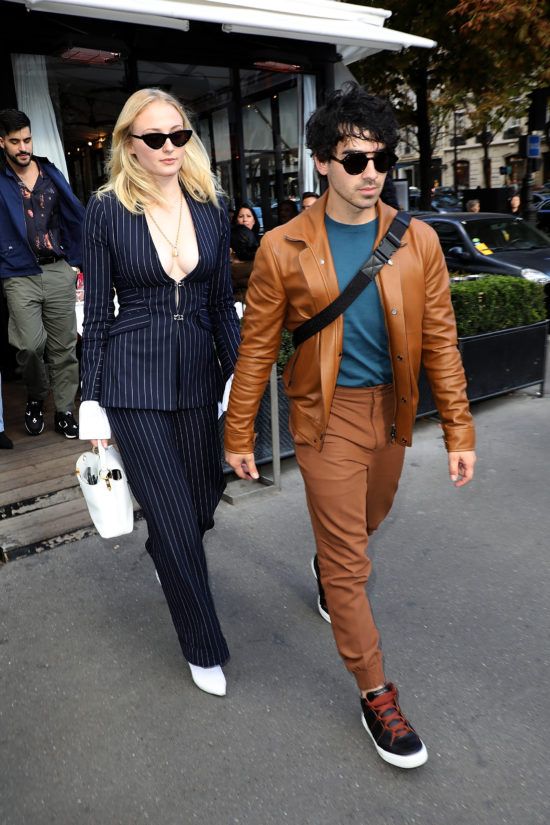 After announcing they were having a summer wedding, the couple shocked fans with a seemingly spur of the moment Las Vegas wedding after the 2019 Billboard Music Awards in early May. After the awards show in which Joe and his two brothers performed for the first time as a band in a decade, the party continued at the Chapel L’Amour inside A Little White Wedding Chapel in Las Vegas where Turner and Jonas said “I do.” The pair exchanged ring pops as wedding bands, and Diplo live streamed almost the whole thing, which the couple didn’t plan on as they hoped on keeping the wedding a secret.

While their impromptu Las Vegas wedding was surprising, Turner had another shock for fans: the pair actually briefly broke up shortly before their wedding! The actress revealed that while discussing marriage and the future both got “cold feet” and called off their wedding and engagement, only to reconcile a day later. “It was the worst day of our lives. For a second, we both had cold feet. Then, 24 hours later, we were both like, ‘never mind,'” she told The Sunday Times. 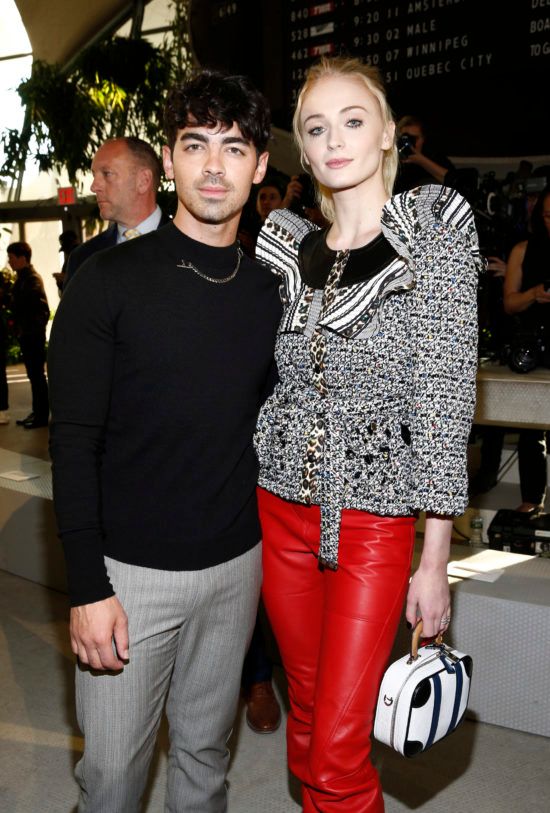 Many have questioned whether Turner is ready for marriage at 23 years old, while Jonas is soon to be 30, but according to her she feels much older and she knows that this is the love she wants for the rest of her life.  “I was fully preparing myself to be single for the rest of my life,” she said. “I think once you’ve found the right person, you just know. I feel like I’m much older a soul than I am in age. I feel like I’ve lived enough life to know. I’ve met enough guys to know—I’ve met enough girls to know. I don’t feel 22. I feel like 27, 28.” 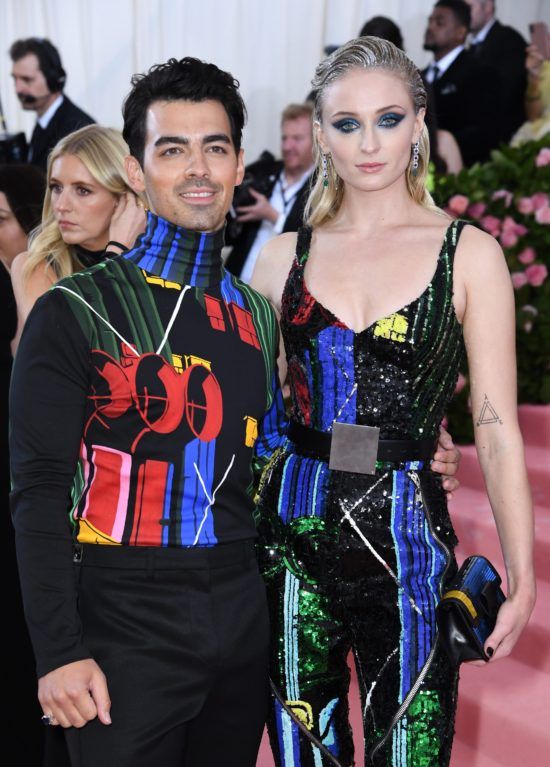 As a celebrity, Turner has always been very open about her battles with mental health and revealed that it was Jonas who helped her out of one of her darkest times. “I was going through this phase of being very mentally unwell,” she said. “He was like, ‘I can’t be with you until you love yourself, I can’t see you love me more than you love yourself.’ That was something, him doing that. I think he kind of saved my life, in a way.” She added in separate interview how important his influence was in helping her discover happiness outside of their relationship and even outside of acting, and it helped make their bond even stronger. “A lot of [my happiness now] is to do with being with a person I’ve fallen in love with, who loves me more than he loves himself, and who wants to see me find my own happiness,” she told Glamour UK. “That was probably the biggest thing that pushed me to find who I am and find my happiness in things other than acting.” 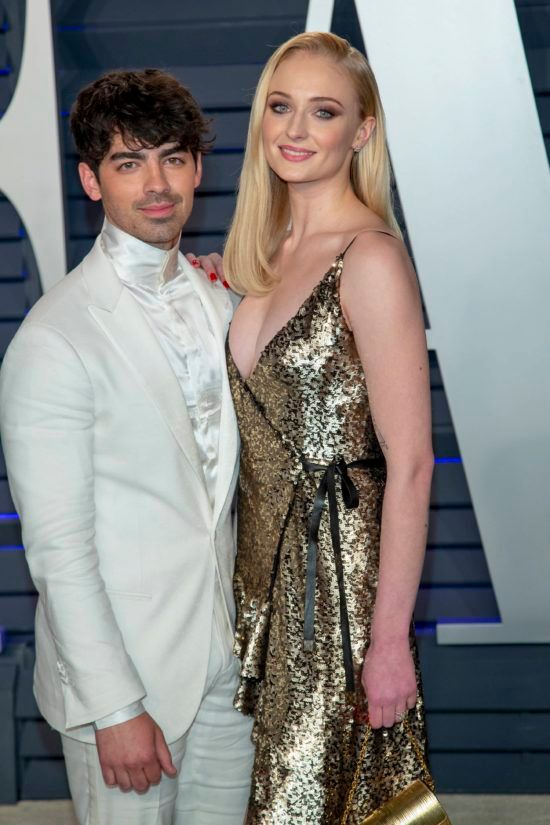 After everyone found out about their surprise Las Vegas wedding, the pair decided to speak out about the nuptials and revealed they still fully intended on their big summer wedding, the pair just legally had to get married in America before their European celebration. “I mean, we are getting married in France, so a lot of Coors Light is necessary,” Jonas joked about the wedding, referring to when they ran out of beer at Nick’s wedding to Priyanka Chopra. The pair also revealed they will be having a very unique and fun-filled wedding including events and games and even a rugby game! “I’m looking forward to it, it’s going to be a lot of fun,” Jonas shared, “We’re going to have a flag rugby game at the wedding, and a flag football game. So if all the groomsmen show up with black eyes and broken arms, I’ll be very proud.”