Home » Entertainment » Celebrities » 13 Celebrity Couples Who Called Off Their Weddings 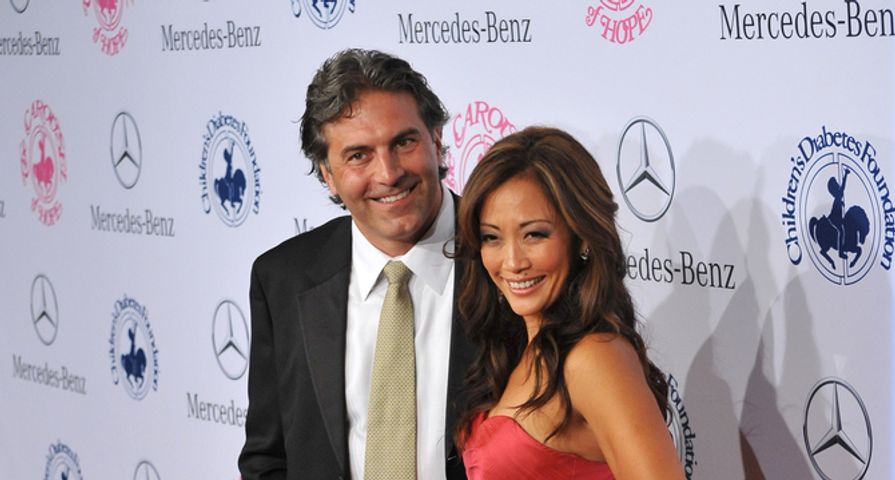 Through the years, there have been so many broken celebrity engagements. Celebrities are always getting engaged and then calling it off. Many of them never even make it to the wedding planning stage; however, some do! We have a list of 13 celebrity couples who were in the middle of planning their wedding or were days away from their nuptials when they suddenly called it off – check it out:

Ben Affleck and Jennifer Lopez had been set to tie the knot in September 2003 in a lavish $2 million ceremony, but they called the wedding off just four days before the planned ceremony because of “excessive media attention.” It took another four months, however, for the couple to finally call off the engagement and totally cut ties. The breakup really hurt Lopez. She later told VH1, that she’d never experienced that kind of heartbreak. “I don’t think I had ever been heartbroken in that way before,” she said. “I had so many hopes and dreams on something.” 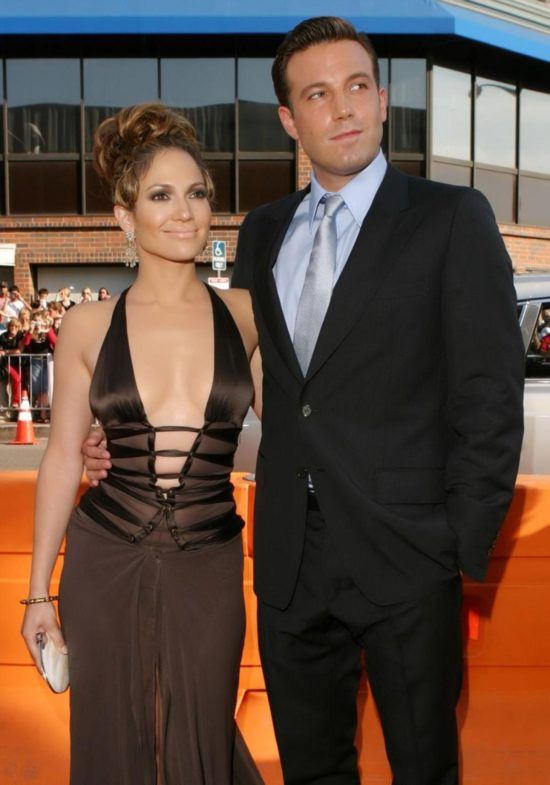 Mariah Carey and James Packer were in the middle of planning their wedding when it was suddenly called off. Carey had already bought her wedding gown and they were planning to have their wedding aboard his yacht when he reportedly got cold feet and called the whole thing off. Things then turned bitter between the two former lovers. Carey tried to sue him for $50 million for the expense of her moving out to L.A. to be with Packer. While the lawsuit has been settled, which had Carey receiving between $5 to $10 million instead of the $50 million she requested, there still seems to be hard feelings between the two. Packer told The Australian in 2017 that his relationship with Carey was a “mistake.” “I was at a low point in my personal life. She was kind, exciting and fun. Mariah is a woman of substance. But it was a mistake for her and a mistake for me,” he said. 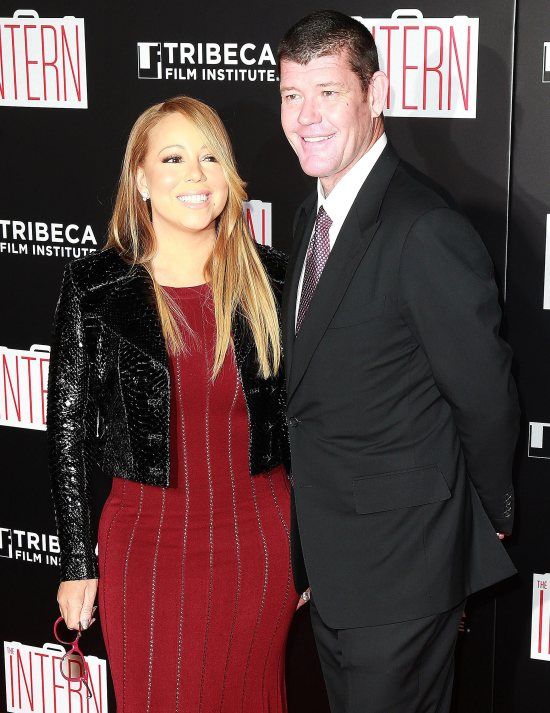 Big Sean and Naya Rivera had a wedding date set when they were engaged back in 2014, but after he abruptly broke things off, she decided to keep the wedding and married her ex on that very day! She and Ryan Dorsey were married on July 19, 2014, in Cabos San Lucas, which also happened to be Ryan’s birthday; however, Rivera has since filed for divorce. 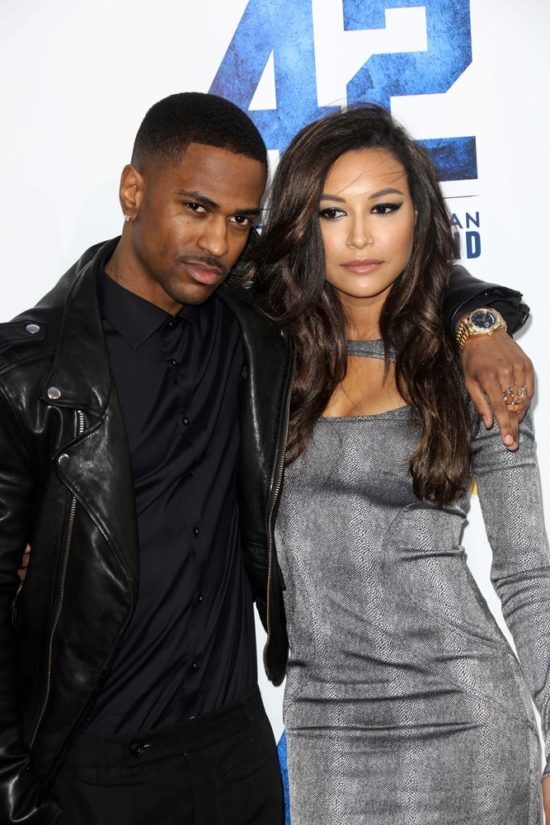 Julia Roberts and Kiefer Sutherland were supposed to be married during the summer of 1991 when Roberts suddenly called off the wedding just three days before they were set to walk down the aisle. She then jetted off to Ireland with Jason Patric, who was a friend of Sutherland’s. The breakup caused quite the stir. Roberts reportedly hadn’t been the one to break the news to Sutherland – a friend of hers made that call. Years later, the actor has no hard feelings towards his ex and considers her decision to call the wedding off at the last minute “brave.” 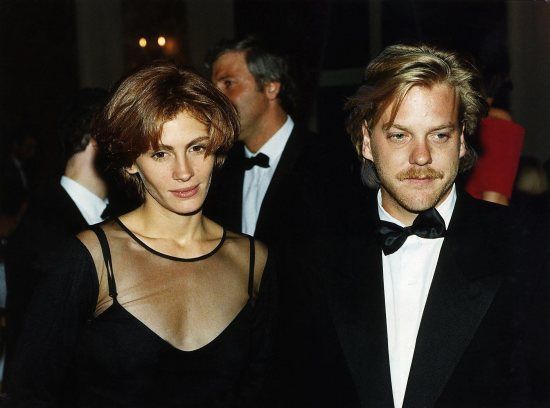 Hugh Hefner and Crystal Harris did eventually make it down the aisle in 2012, but their 2011 wedding was called off by Harris five days before they were set to tie the knot. She had her dress, had sent out invitations, and had even secured a TV special to document the happy day. The couple reconciled a year after Crystal abruptly called off the wedding and were married on New Year’s Eve in 2012. They stayed together until Hefner’s death in 2017. 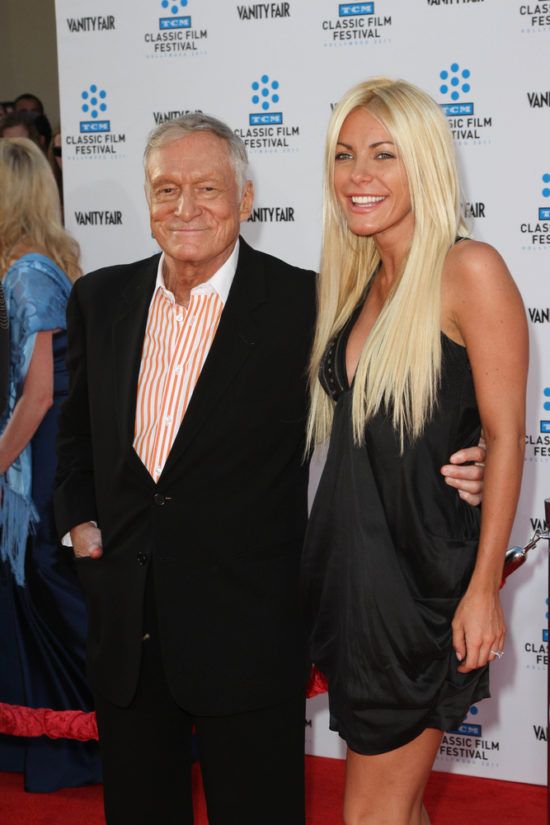 Sheryl Crow and Lance Armstrong had only been engaged for about six months when she and the professional cyclist called off the engagement. Before they decided to split in 2006, Crow had tried on wedding gowns for an Allure shoot and had said that she and Armstrong would be getting married in Austin. The former couple had shared a ranch in Austin and had been planning to live there together following their nuptials. 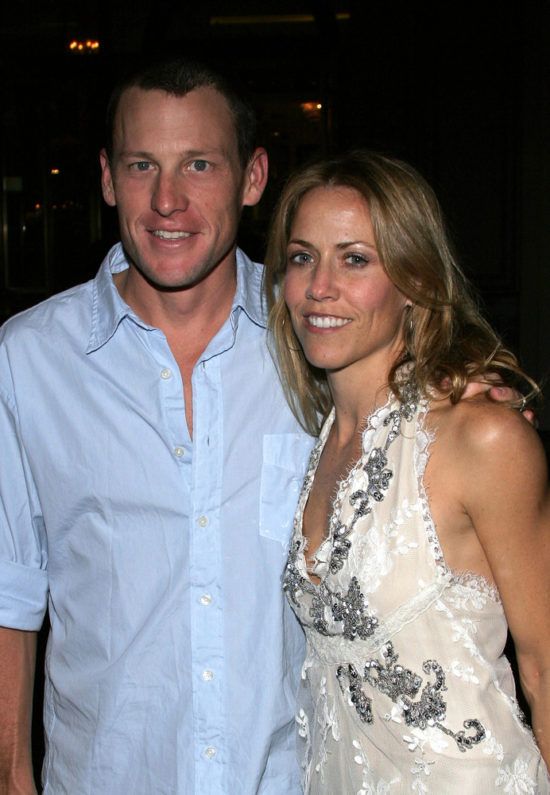 Iggy Azalea and Nick Young didn’t have an easy engagement. They had to postpone their wedding, which was supposed to happen at the end of 2016, due to their busy schedules and then in June 2016, she called the whole thing off after a video surfaced of Young bragging about cheating on her. She wasn’t able to trust him again, so she broke up with him. 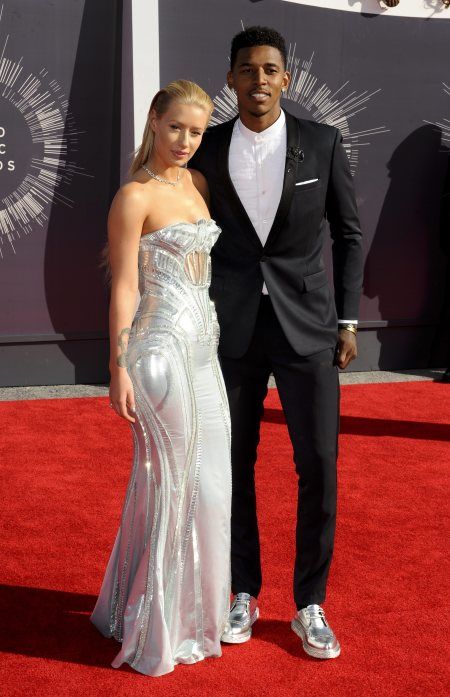 John Cena and Nikki Bella’s destination wedding was less than a month away when they suddenly called it off in April 2018. They were supposed to be married on May 5 in Mexico in front of friends and family when Cena reportedly got cold feet. He’d been married once before from 2009 to 2012 to Elizabeth Huberdeau and had always maintained that he didn’t want to remarry or have kids. Bella is said to be heartbroken over this. She had already chosen a wedding gown (from Marchesa) and had decided on a black tie dress code for the ceremony. 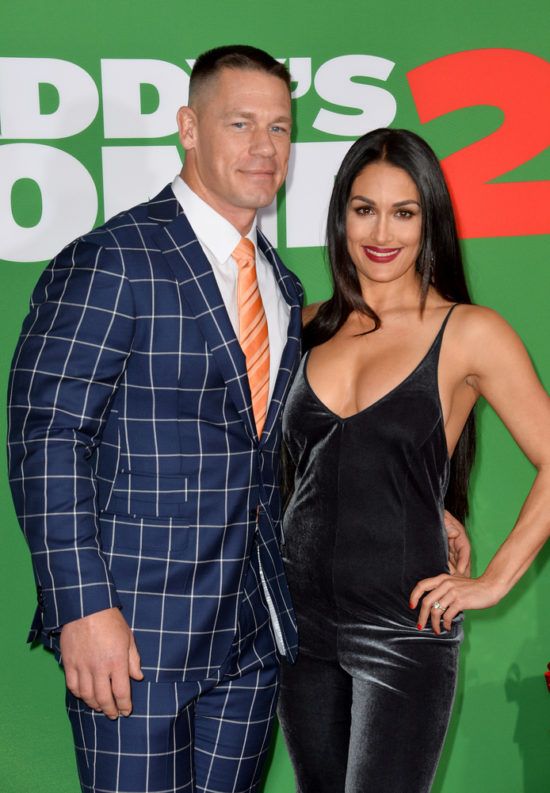 Hollywood’s former golden couple Gwyneth Paltrow and Brad Pitt were planning to get married in East Hampton, New York, in late summer 1997. The Oscar-nominated actor was really excited about marrying Paltrow. He told Rolling Stone that he couldn’t wait. “I can’t wait, man…walk down the aisle, wear the ring, kiss the bride. Oh, it’s going to be great.” Rumor has it that the wedding was called off because the Shakespeare in Love actress just wasn’t ready for marriage, and he was. 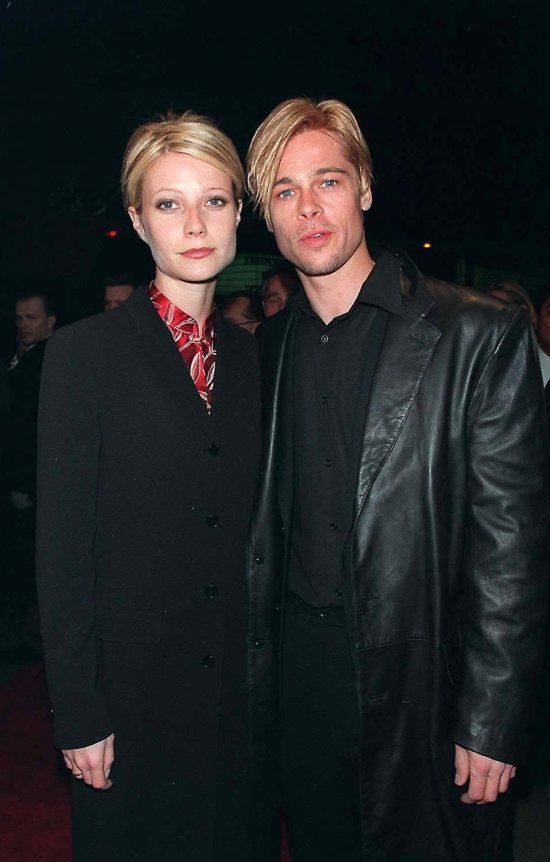 Carrie Ann Inaba has called off more than one wedding. She and Rob Derringer were in the middle of planning a Hawaiian wedding for July 2018 when they broke up, and she and her ex-fiancé Jesse Sloan were planning a seaside wedding when they decided to call off their engagement in September 2012. 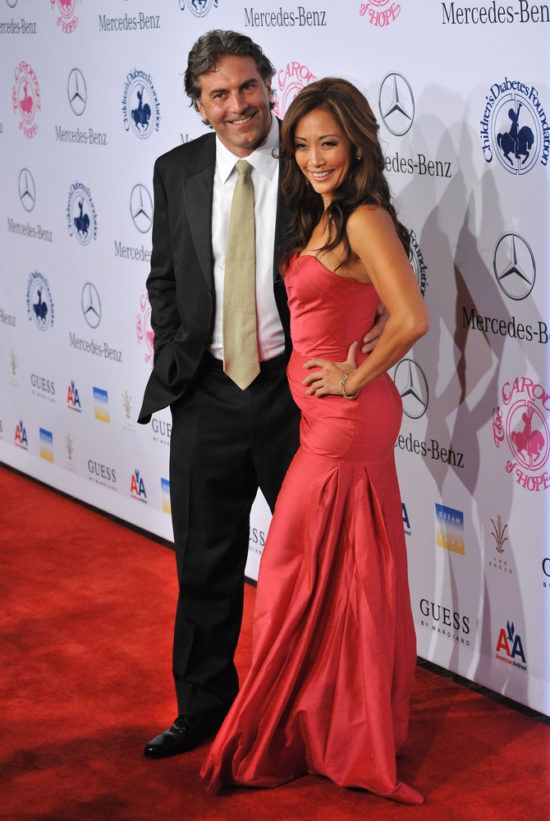 Jennifer Morrison and Jesse Spencer – who had met on the set of House – were only weeks away from their wedding date when they announced that they had called it off. “After much consideration, we have decided not to get married,” they said in a joint statement. “We are still very close, and we look forward to continuing to work together on House.” 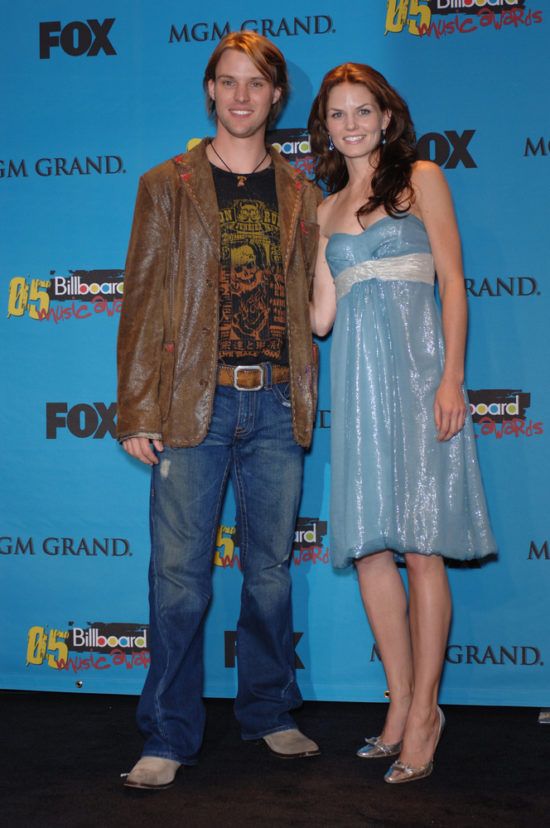 Kelly Rowland was engaged to marry NFL player Roy Williams, but then she called off the wedding. According to her, the experience was “embarrassing,” especially since she had posed on the cover of Modern Bride. “I was too young for marriage,” she told Cosmopolitan UK. “It was so hard and embarrassing because everyone knew. I’d posed for the front cover of [“Modern Bride”] in my wedding dress and it was on sale! But sometimes you fall down and you learn from it.” 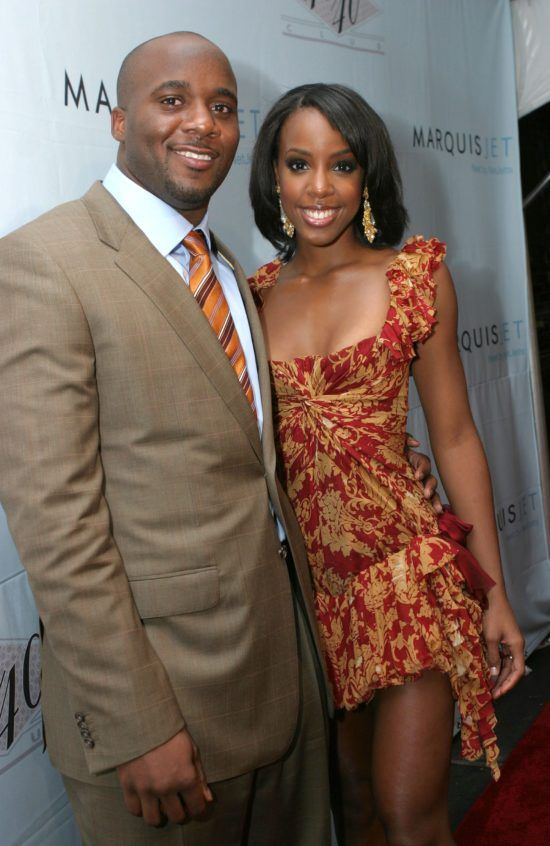 Bristol Palin shocked the world when she canceled her 2015 Memorial Day wedding to Dakota Meyer just days before they were supposed to exchange vows. Her mother, Sarah Palin, broke the news on Facebook with a picture of a quote from InstaGod Ministries and a note that read, “Bristol and Dakota couldn’t be more thankful for the love and support of family and friends over the past months while preparing for their wedding. They have informed loved ones that unfortunately the announced celebration planned for May 23 will not be held.” Shortly after, she revealed that she was pregnant, but didn’t reveal who the father was until she gave birth. She and Meyer did end up getting married in 2016, only for Meyer to file for divorce in 2018.