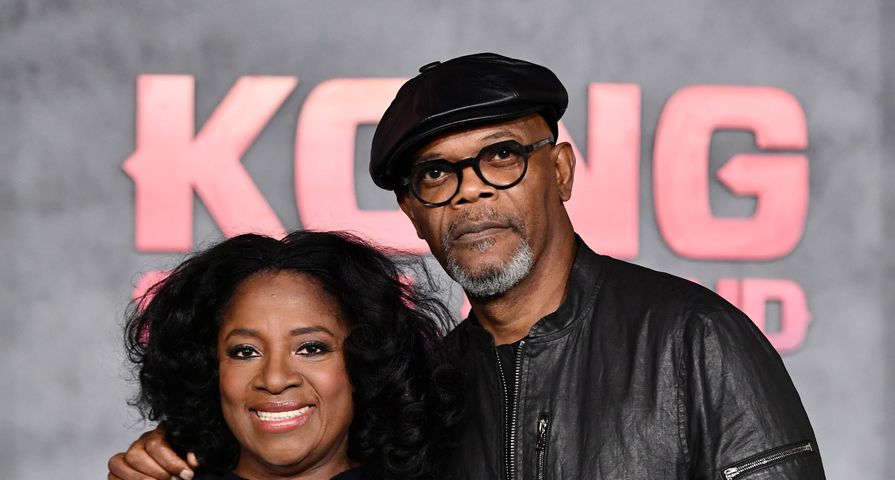 We’ve all been privy to relationships that come and go, especially when we’re young and in love. Even though it might not seem like it at the time, it’s very rare that our first ‘real love’ is our last, although it’s not totally unheard of. At least not for these celebs. Not only have these celebrities managed to keep their marriages intact while working in an industry that breeds divorce, but they’ve also maintained relationships that date all the way back to when they were either college or even high school! Let’s take a look at 16 celebrities who found love while they were in school and are still together today!

Paul David Hewson, better known by his stage name Bono, has managed to build up a career as a rock star (he’s the lead singer of U2) while also maintaining a 35-year marriage to his high school sweetheart, Alison Stewart. Bono and Stewart officially tied the knot in 1982 and now share four children together! Their love story began when they met while they were both students at Mount Temple Comprehensive School in Dublin.

These two are one of the cutest celebrity couples of all time! Because of their sweet relationship, Lauren has become a celebrity in her own right with over one million followers on social media! Country singer Thomas Rhett met his wife Lauren when they were in kindergarten and the two remained friends their whole lives up until they were teenagers. They briefly dated in high school, but broke up and actually came close to marrying other people! Thankfully they found their way back to each other in 2011 and got married in 2012. Thomas and Lauren recently adopted a daughter together, Willa Gray, and welcomed their own biological daughter in August 2017, Ada James!

N’Sync star Joey Fatone has been married to his high school sweetheart, Kelly Baldwin, for 13 years! The cute couple got married in an intimate ceremony in Oheka Castle on Long Island back in 2004. Together they share two children together, and interestingly enough, they decided to combine their names together in order to come up with their children’s names! In 2001 they had Brianna Joely, and in 2010 welcomed Kloey Alexandra.

Funny gal Elizabeth Banks fell in love while studying at the University of Pennsylvania. She met her now husband, Max Handelman, on the very first day of school, which was September 6, 1992. In an interview with Allure she joked about how when she first met him, she had no idea he’d end up being the love of her life. “I didn’t meet my husband and think, I’ve met the man I’m going to marry. I was like, ‘He’s cute. I’ll f–k him, because I’m 18 and in college.” Well, they’ve come a long way since then! Not only have they been married for nearly 15 years with two children, but they also own Brownstone Productions together!

Country legend George Strait came from a small town which is where he met his high school sweetheart, Nora. According to him, she’s the one who almost got away! They went on a first date a long, long time ago, but then went their separate ways. He eventually realized what he’d be missing and tracked her back down. They eloped in Mexico back in 1971 and welcomed their first child together, a daughter in 1972 and a son in 1982. Sadly, they lost their daughter in a tragic car accident when she was only 13-years-old. Thankfully, they managed to stick together through their loss and have now been married for over four decades!

Long lasting marriages are very rare in Hollywood, but somehow Jeff Daniels has made it work. The actor married his high school sweetheart, Kathleen Treado. Both of them grew up in Chelsea, Michigan, went to the same high school and eventually got hitched at the young age of 24! They got married in 1979 and now share three children together: Benjamin, 33, Lucas, 30, and Nellie, 27.

It was a much simpler time for them back in the early 2000s when Prince William and Kate Middleton (now known as the Duchess of Cambridge) first met. They were just two students in their first year at University of St. Andrews in Scotland. They fell in love after meeting one another and began officially dating in 2003. They briefly broke up in 2005 only to reconcile a few months later. Today, these two are one of the most talked about couples of all time because of their royal status. They got married in a televised ceremony and are currently expecting their third child together!

Jack Johnson has been a popular singer who’s known for his laid back style and lack of interest in Hollywood life. He lives in Oahu, Hawaii, with his wife, Kim Johnson, whom he met during his first week at UC Santa Barbara. They were both students at the time. Jack and Kim have now been married for an impressive 17 years! Together they share three children, two boys and a girl. These two are rarely ever seen making public appearances together and are fiercely private about their children — refusing to ever release any information about them to the general public.

The “Drunk on a Plane” singer finally married his now-wife, Cassidy Black, after having an on-and-off relationship since their childhood! They both grew up in Phoenix, Arizona and have known each other since they were in grade 8. According to Bentley, he actually had a crush on her back in the day, but she was dating his best friend. They eventually dated on-and-off, but things never got too serious because they were both busy with their careers. Even though they’ve known each other for so long, they didn’t get married until they were almost 30. When they finally found their way back to each other, they eloped and now share three children together!

John Francis Bongiovi Jr., better known as Jon Bon Jovi, is a famous singer-songwriter and producer. The iconic singer has lived a lavish life in the public eye as a huge celebrity, but he’s also managed to keep his marriage quite private. He’s married to his high school sweetheart, Dorothea Hurley. The two wed in a secret ceremony at the Graceland Wedding Chapel during a trip to Las Vegas on April 29, 1989. Jovi first met Hurley when they were students at Sayreville War Memorial High. They share three children together, and have now been married for nearly 30 years!

Veep star Julia Louis-Dreyfus keeps a pretty low profile when it comes to her private life, but it’s hard for her to completely hide her 30-year marriage. Julia met her husband, Brad Hall, while they were both students at Northwestern University in the early ’80s. The two tied the knot in 1987 and now share two sons together, Henry and Charles. Similar to his wife, Hall is an actor and writer.

Yet another country star who married his high school sweetheart is Alan Jackson. He got married to Denise Jackson on December 15, 1979, at Newnan Baptist Church in Newnan, Georgia. Since Alan wanted to pursue a career in the country music industry, they moved to Nashville together and it was actually Denise who helped him get his first recording contract! Together they share three daughters, Mattie, Alexandra, and Dani. Although they did briefly separate for four months after Alan was unfaithful, they managed to get through it and have been going steady ever since!

Popular country singer Luke Bryan has fans swooning over him wherever he goes, but his heart belongs to his college sweetheart, Caroline Boyer. They met while she was a freshman and he was a senior at Georgia Southern University. According to Bryan, it was love at first sight when he first met Boyer at a bar called Dingus Magee’s back in 1998.  After dating and breaking up, they eventually got married in 2006 and now share two children together and have adopted Bryan’s nephew Tilden.

Samuel L. Jackson met his wife, Latanya Richardson, while they were both students in college. Richardson attended Atlanta’s Spelman College in 1974, while he was a student at Morehouse College, which was then an all-male school. They got married in 1980 and now share one child together, a daughter named Zoe Jackson, who followed in her father’s footsteps to become a freelance film and TV producer. Many people might not realize this, but Richardson was once an actress. She stopped working after their daughter was born but she’s held roles in films like Malcolm X, Sleepless in Seattle, When a Man Loves a Woman, The Fighting Temptations and Lone Star.

This one might be surprising to many because Snoop Dogg doesn’t necessarily advertise himself as the romantic and doting husband, but he’s managed to keep his relationship intact since high school! Calvin Cordozar Broadus Jr. met his wife, Shante Taylor while attending Long Beach Polytechnic High School in California. While they’ve been married since 1997, they did briefly split in 2004, only to later reconcile. They’ve since renewed their vows and remained happily married since. Calvin and Shante are parents to three children.

Brantley Gilbert and Amber Cochran aren’t high school sweethearts, but rather hometown sweethearts since they grew up in the same small town together, but didn’t start dating until after high school. They dated for a period of time but broke up due to Brantley’s drinking problems. In true love fashion, they found their way back to each other and immediately picked up where they left off. They got married in 2015 and recently welcomed their first child together, a son named Barrett Hardy-Clay Gilbert!