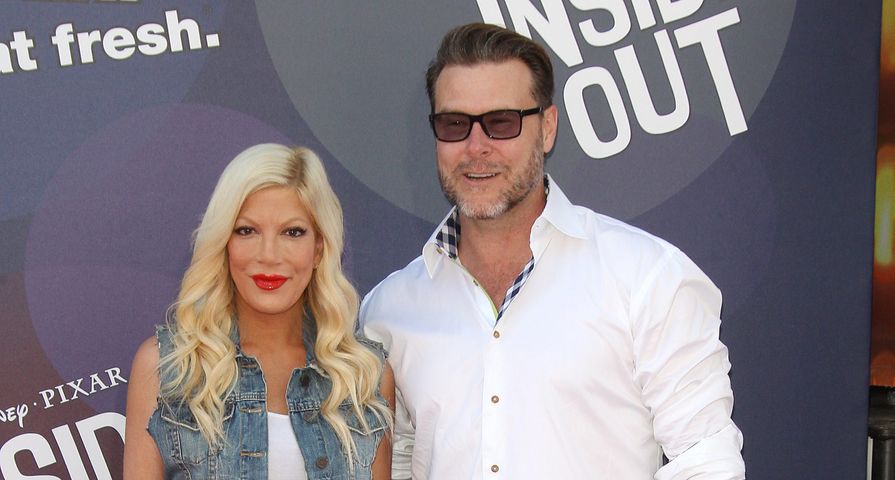 For the people that appear on reality TV it’s easy to see how they would get wrapped up in the magically romantic evenings painted by production teams, the beautiful appearance of their co-stars, and the sudden celebrity that erupts from the exposure on the show. With all the pressures of life after the show, and the transition back to the mundane, it’s easy for reality show hook-ups to stall and trickle off. Surprisingly, there are some success stories. And we’re counting them down. Cheers to the couples who make reality-show love appear possible.

Season twelve of The Bachelorette came with a lot of drama for lead Jojo Fletcher. While Jordan Rodgers, the little brother of Green Bay Packers quarterback Aaron Rodgers, was her front-runner from the beginning, many were quick to report that Jordan was only using JoJo and the show. It seemed Jordan just wanted a boost to fame, but now the two have surprised everyone by being one of the few couples to actually stay together. It has been over two years since their engagement, and while there has been no wedding, it seems they are taking the relationship seriously and want to be together in a normal relationship instead of rushing into marriage.

Catelynn and Tyler Baltierra are the only couple on the Teen Mom franchise who are still together since being introduced on 16 and Pregnant. For a long time no one was surprised they made it that far, as they were always strong and supportive of one another, but things have changed. In more recent seasons, Tyler has opened up about feeling unhappy in their marriage as he had to hold everything down at home while Catelynn was in and out of treatment for her mental health. By early 2018 rumors ran rampant that the two were splitting, but they surprised everyone by announcing their big news was that they are actually having another baby! No one saw that coming.

In 2013, MTV jumped into the reality TV dating game with the series Are You the One? and it has not been very successful at creating long-lasting couples, which makes season one’s Amber and Ethan all the more surprising. Ethan proposed during the reunion special, and if anyone was still skeptical it was only shortly afterward that they announced their pregnancy and were married in a small ceremony. In December, 2014 they welcomed their daughter Scarlett and in June, 2018 welcomed a second daughter, Serena.

When season nine of The Bachelorette came to an end in 2013, many didn’t think that Desiree and Chris would be a lasting couple. When Brooks left the competition as one of the final three, Desiree was heartbroken and seemed only left with Chris and Drew but it was Brooks she wanted. Desiree and Chris went on to prove all those people wrong however as they were married in 2015. They then welcomed a son, Asher, in 2016 and in mid-2018 announced they were expecting their second child!

What seemed to be a showmance at first blossomed into much more on Survivor: South Pacific between Whitney Duncan and Keith Tollefson. To the surprise of many, well after the cameras stopped the rolling the couple kept going and became engaged in 2013 before marrying in 2014. They went on to compete on the 25th season of The Amazing Race and Duncan also competed on the country singing show Nashville Star.

Ashley Hebert was the Bachelorette on seventh season of ABC’s reality show, which aired in May 2011. If history has taught us anything, it’s that these reality TV couples generally have a tough time going back to the cities they’re from, trying to carry on long distance relationships without the glitz and glam of the romantic paradise created by the show. But Ashley made the right pick with J.P. Rosenbaum and the two have proved that anything is possible. The couple married in a lavish televised wedding in 2012, relocated to Miami to escape the winters of New England, and welcomed son Fordham Rhys Rosenbaum in September 2014 and then on November 5th, 2016 they welcomed their first daughter, Essex Reese Rosenbaum. Go Team Cupcake!

In a shocking twist that made Bachelor history on Season 13, Jason Mesnick changed his mind after picking Melissa Rycroft to be his fiancé. In an unforgettable After the Final Rose, Rycroft was brought out to the stage where she was dumped by Mesnick for all to see. She gave back the ring, and then Molly Malaney, the runner up, was brought out. Jason pled for another chance and Molly accepted. And it’s a good thing too. The couple married in 2010 in a two-hour special The Bachelor: Jason and Molly’s Wedding. The couple have a daughter together, Riley Anne Mesnick, and a son Ty, from a previous Mesnick marriage.

These two love to compete in reality TV competitions. After both competing on Survivor, the contestants began their relationship when they formed an alliance on Survivor: All-Stars in 2003. The couple became engaged in 2004 during the show’s live finale at Madison Square Garden in New York. As an engaged couple they competed on The Amazing Race season seven and came in second place. They married in 2005 in the Bahamas. CBS ran a special about the wedding, Rob and Amber Get Married. The couple went on to compete in The Amazing Race: All Stars, but ultimately lost. In an attempt to cling onto the reality limelight, they filmed a 10-episode show for the Fox Reality Channel, Rob and Amber: Against the Odds that follows Rob’s attempt to become a professional poker player. They have four daughters together, Lucia Rose, Carina Rose, Isabetta Rose, and Adelina Rose.

As the very first Bachelorette, Trista set the bar pretty high. They were the first couple to marry from the series, and they were paid $1 million dollars to televise their wedding to 26 million viewers in 2003. Keeping the reality TV dream alive for more than a decade, Trista went onto compete on Season 1 of Dancing With the Stars; the couple appeared on the program Marriage Boot Camp: Reality Stars; and they currently host HGTV’s newest renovation show, Rocky Mountain Reno. The couple have two children, son Maxwell Alston and a daughter Blakesley Grace.

The Real Housewives of New Jersey‘s Teresa and Joe Giudice are one of the few Real Housewives couples to not fall under the curse of the show and split, and it has surprised everyone! While divorce rumors have plagued the couple, especially as they were both sent to jail for bankruptcy fraud, they have stuck through everything together with their daughters Gia, Gabriella, Audriana, and Milania.

Rachel Campos got the world’s attention when she appeared on The Real World: San Francisco in 1994. Sean Duffy was on The Real World: Boston in 1997 and the pair were both cast in the follow up series Road Rules: All Stars where they hit it off. Campos has had a recurring role as a co-host on The View and Duffy is a member of the U.S. House of Representatives from Wisconsin’s 7th district. The couple has 7 children, Evita Pilar, Xavier Jack, Lucia-Belen, John-Paul, Paloma Pilar, Maria Victoria Margarita, and Margarita Pilar. You know you have a lot of children when you have to start recycling names for the new ones.

Rachel Reilly made her first of many reality TV show appearances on Big Brother in 2010. During her first week on the show, she entered into a relationship with her now-husband, Brendon Villegas. A year after losing on season 12, Reilly and Villegas returned as an engaged couple to Big Brother season 13’s “Returning Duos” twist, which Reilly won, earning her $500,000. The couple appeared on season 20 of The Amazing Race and placed third. After their marriage in 2012, they participated once again in The Amazing Race: All-Stars edition, but lost. The couple welcomed their daughter Adora Borealis Villegas on April 8, 2016,  making her the first baby born from the Big Brother franchise.

Real Housewife Kim Zolciak met football player Kroy Biermann at the charity event Dancing with Atlanta Stars in 2010. Their meeting was later televised for all to see on season 3 of The Real Housewives of Atlanta. The couple landed their own spin-off show, Don’t Be Tardy that chronicles their lives, from their wedding plans to their married life together and the addition of their four children, Kroy Jr.,Kash, Kane and Kala. While divorce rumors have swirled around the couple, they have always proved them wrong and can’t help but gush about each other.

Less than a month after her divorce was finalized from playwright Charlie Shanian,  Tori Spelling married Dean McDermott in May of 2006. These two have been reality TV floozies, drifting from one reality show to the next like So Notorious, Tori & Dean: Inn Love, Tori & Dean: Home Sweet Hollywood, and Tori & Dean: sTORIbook Weddings. Despite all the series, the couple were apparently broke. In Spelling’s 6th book, Spelling It Like It Is, Tori revealed that they were having financial difficulties because of poor real estate decisions, and the cancellation of one of their many shows. In 2013 the couple announced that they were having difficulty in their marriage and that McDermott cheated on his wife in a two-day affair with a 28-year-old, Emily Goodhand. The scenario was luckily documented on a 6-episode Lifetime documentary, True Tori. Many suspect the couple of making up the whole story to help save their floundering careers and give them some much-needed cash. Through drama, cheating scandals and more, the two have stuck together, surprising nearly everyone!

No one expected these two to last beyond a few months…not even them!.Speidi initially partnered on the reality television series The Hills in 2006. The couple announced their engagement in 2007 at the same time Heidi was attempting to get her music career off the ground. They were married in 2009 and made their controversial appearance on season 2 of I’m a Celebrity…Get Me Out of Here! The couple also appeared on the British version of Celebrity Big Brother, After Shock: Heidi & Spencer (which was later revealed not be real “reality TV”), and Celebrity Wife Swap. This pair is so addicted to the reality TV limelight, they are rumored to have staged a file for divorce. The pair cited irreconcilable differences, but didn’t receive much attention and removed their petition. They welcomed their son Gunner in 2017, and are preparing to star on The Hills reboot The Hills: New Beginnings.