Celebrity Love Stories: How Your Favorite “It” Couples Met 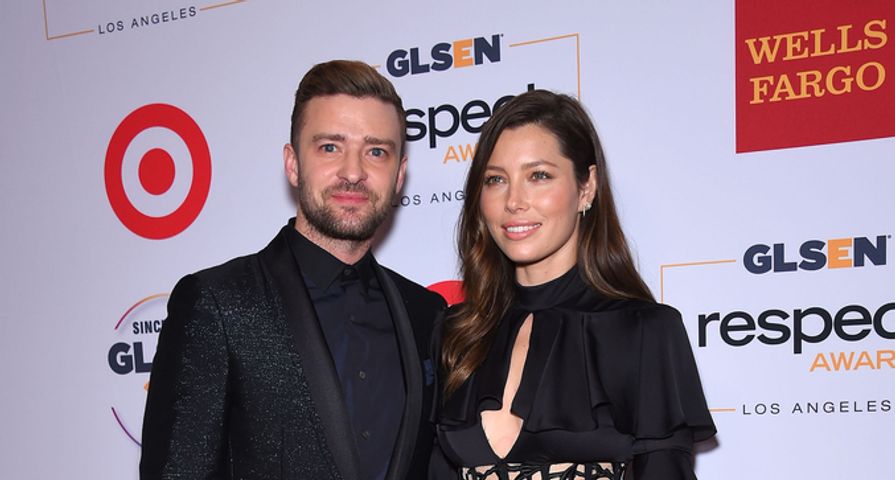 Everyone loves a good love story, which is why filmmakers choose to release new romance movies every chance they get. The only thing better than a manufactured love story is a real love story. Have you ever wondered how your favorite celebrity couples got together? We have. So, rather than wonder, we researched the history of some of the most popular A-list couples to see how they met and fell in love. Check out how these Hollywood power couples initially hooked up:

George Clooney met his wife Amal when a friend of his brought her to his home in Lake Como in 2013. “It’s the wildest thing. A mutual friend of ours said, ‘I’m stopping by and can I bring my friend?’ And I was like, ‘Of course.’ I got a call from my agent who called me and said, ‘I met this woman who’s coming to your house who you’re gonna marry,’” he told David Letterman on his new show My Next Guest Needs No Introduction. “The funniest thing was my mom and dad were visiting, so my parents were there, and we just talked and we stayed up all night talking and then, you know, I got her email address ’cause she was going to send me some pictures of my parents and then, we started writing and I didn’t know if she wanted to go out with me. I just thought, you know, we were buddies.” He had to pursue her for months until she finally agreed to go out with him and then he proposed to her six months later. Now, they are married with twins!

Blake Lively and Ryan Reynolds were both with other people when they met on the set of Green Lantern. She was dating Penn Badgley and he was married to Scarlett Johansson. They initially became friends, but a year after first meeting, it became more when they went on a double date with other people. “She was on a date with another guy, and I was on a date with another girl,” Reynolds said. “That was the most awkward date [from their perspective] probably because we were just like fireworks coming across.”

Tom Brady and Gisele Bundchen were set up by a mutual friend back in 2006. The football star had just broken up with his then-girlfriend Bridget Moynahan – who, unbeknownst to Brady, was pregnant with their child – when his mutual friend decided that he and Bundchen would be perfect together. These two met for dinner in New York City and the rest is history. They clicked immediately and are currently married with two children.

12. Will Smith and Jada Pinkett Smith

Will Smith met his wife Jada Pinkett Smith on the set of the television show The Fresh Prince of Bel-Air when she auditioned for the role of his character’s girlfriend. She didn’t end up getting the part because she wasn’t tall enough, but the two became friends and years later it became romantic. “After we had known each other for many years, we went out for dinner one night and I saw that he had grown from this lanky kid to this really responsible man,” Jada revealed. “We started courting each other and our friendship turned into romance.”

Freddie Prinze Jr. and Sarah Michelle Geller met in 1997 on the set of I Know What You Did Last Summer; however, sparks didn’t fly initially. Fast-forward three years and the two started dating. “Then one day I gave her a ride to the gym. We talked on the way up, and she was a cool chick,” Freddie said. The two got married in Mexico in 2002. “We are each other’s best friend. He is my first love,” Gellar told People.

Chris Hemsworth and Elsa Pataky were introduced by talent agent William Ward in early 2010. “There was no light bulb moment,” he said. “From the first time we met, we just made sense. She’s fun. She’s outgoing, and she has a sense of humor and a passionate attitude toward life, which is nice to try and keep up with.” The couple was married just three months later. Now the couple has three children together, India Rose, and twins Tristan and Sasha.

Ellen DeGeneres first met Portia de Rossi in 2000 and she was quite taken with her. They met again a few years later at a photo shoot, but it took another 10 months for de Rossi to actually do something about her feelings for DeGeneres. They finally starting dating in December 2004 and were married in August 2008.

Vanessa Minnillo and Nick Lachey had met at the Miss Teen USA Pageant back in 2003 when they were both serving as judges. At the time, he was married to Jessica Simpson and she was dating Derek Jeter. It wasn’t until 2006 that they met again when they were both single and he then asked her to be in his video for “What’s Left of Me,” which is how their relationship began. “And a track continuously playing over and over and over, ‘Will you take what’s left of me? Will you take what’s left of me?’ Okay! I will! And I did,” Vanessa said of the shoot. The couple was married in November 2011 and now share three children.

Back in 2007, Chrissy Teigen was a catalog model auditioning for a part in John Legend’s music video for “Stereo.” She got the part in the part in the video and she also got the guy – kind of. They weren’t exclusive initially; however, it was during their many phone conversations that Legend realized that he wanted to be with her. Four years later in 2013 they were married in Lake Como. Five years later, they have two children and are happier than ever.

Sofia Vergara and Joe Manganiello were introduced by her Modern Family co-star Tyler Ferguson at the White House Correspondents Dinner in 2014. However, she was still engaged to Nick Loeb at the time. It wasn’t until they broke up that Manganiello caught wind of it and then he demanded that Ferguson give him her number. Although Vergara didn’t initially want to date Manganiello, he was able to persuade her. Six months after they started dating, they were engaged in Christmas Day in 2014 and married in November 2015.

David Beckham knew that he was going to marry Victoria before he even met her! According to the football star, he saw Posh in a Spice Girls music video for “Say You’ll Be There” and he told his friend, “See the girl in the dark short dress? I’m going to marry her.” The two ended up meeting at a charity football match in 1997 and it was love at first sight. “He told me he went home and wrote my [telephone] number on so many other things in case he lost it,” Victoria said. “My wife picked me out of a soccer sticker book. And I chose her off the telly” David said. “It felt straight away like we’d always been meant to be together.”

According to Joel Madden, he was the one who pursued Nicole Richie and she didn’t make it easy. “When I first would see her around, we were friends. But I don’t think I’m the obvious choice. I’m always like, ‘Just give me a shot. Just give me one date.’ If I can get my foot in the door,” Madden said. Eventually, Richie agreed to go out with him and it wasn’t long before she was pregnant with their first child, Harlow. It took Madden a bit longer to get her to agree to marry him though!

Megan Fox and Brian Austin Green met while filming the sitcom Hope & Faith. According to the Transformers star, she was instantly attracted to him. “Everyone was around the monitor watching a scene, and Brian accidentally touched my leg. I remember literal electricity shooting through me and out me from every direction. It was like magic,” Fox said. These two tied the knot back in 2010 and now have three sons together.

Kim Kardashian and Kanye West have known each other for years. They first met in 2004 when she was married to Damon Thomas. In 2006, the outspoken rapper began developing a crush on the reality TV star when he saw a photo of her with Paris Hilton. They ran into each other in 2007 at a party in Beverly Hills, but he was dating Alexis Phifer and she had just started dating Reggie Bush. These two continued to run into each other from time to time; however, it wasn’t until Kardashian broke up with Kris Humphries that West finally swooped in. The two have now been married for four years and have three children together.

Justin Timberlake and Jessica Biel met through mutual friends. “There was nothing starry about the way we got together. It was very un-Hollywood-esque, in fact,” Timberlake revealed. “We met and got talking. Afterwards, I asked my friend if I could call her and ask her out. My friend called Jessica and Jessica said yes, and so I called her,” he said. Biel made him work for it – she initially turned him down! “I had to be pretty persistent in order to get her to say yes. But I have a fair amount of tenacity and if I want something I stick to it. And in the end she agreed,” the Grammy-winning singer said.