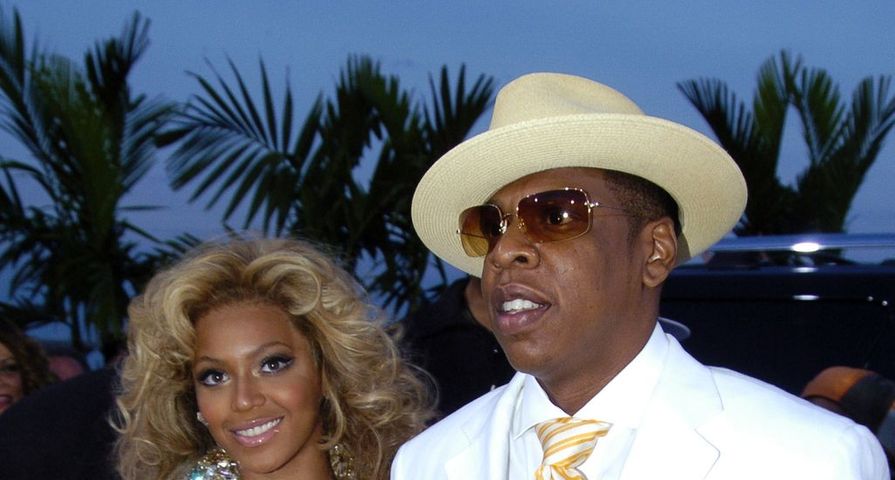 Sometimes celebrities don’t want us to know that they are dating even though we obviously know they are. They want to reveal their relationships on their own terms, which usually means they do it through an Instagram post or walk a red carpet together. We have a list of 13 celebrity couples who let us know that they were a couple by confirming their relationship on the red carpet:

A few weeks before the 2020 Golden Globes there were reports that actress Rachel Bilson had officially moved on from her ex Hayden Christensen and was dating Barry actor Bill Hader. Although the two had been spotted having lunch, many assumed they were just friends, that was until they made their red carpet debut at the 2020 Golden Globes!

It was pretty obvious that Kate Hudson and Danny Fujikawa were a couple a few months before they made their formal debut in May 2017 at the L.A. premiere of Snatched. The two showed some serious PDA on the red carpet, and they are still going strong a year later. They are expecting their first child together, a baby girl!

In December 2017, Stranger Things stars Charlie Heaton and Natalia Dyer confirmed their relationship at The Fashion Awards 2017 in London, England. The two play love interests on the show and it appears that life is imitating art, as the two are still going strong several months later!

11. Selena Gomez and The Weeknd

In 2017, it was Selena Gomez and The Weeknd who announced that they were dating by showing up on the Met Gala red carpet holding hands. They had first been spotted together in early January 2017 and then began vacationing together and posting photos of each other on Instagram. The relationship didn’t last though. In October 2017, it was announced that they went their separate ways.

Hailey Baldwin and Shawn Mendes made their relationship red carpet official at the 2018 Met Gala. Rumors that the two were a couple began popping up in November 2017 and two have since been spotted at concerts. In April 2018, Mendes even posted a photo of the two hanging out. It looks like Baldwin has always had a thing for the Canadian singer. In 2013, she tweeted that she wanted to date him so that he could sing to her all day!

Diane Kruger and Norman Reedus only made their debut as a couple on the red carpet at the 2018 Golden Globe Awards, but there were rumors that the two were romantically involved dating all the way back to 2015 when she was still with Joshua Jackson. After she and Jackson broke up, Kruger was spotted with Reedus in February 2017 and then on vacation together in Costa Rica in 2018. It was pretty obvious that they were a couple – they were just taking their time with confirming the news!

For almost a year, Riverdale co-stars Cole Sprouse and Lili Reinhart had been dodging dating rumors and it wasn’t until the 2018 Met Gala that they finally confirmed that, yes, they are in fact dating. The two looked happier than ever on the red carpet with Reinhart wearing a silver H&M dress, which featured a chainmail corset and a train, and Sprouse in a tux.

Katharine McPhee and David Foster made their debut as a couple at the 2018 Met Gala. The two had been dodging dating rumors since May 2017. The couple had been friends for years before they hooked up. They met all the way back in 2006 on the set of American Idol when McPhee was a contestant.

Taylor Swift and Calvin Harris made their first red carpet appearance together at the 2015 MTV VMAs. They had been dating since February 2015 but had been keeping their relationship on the DL. When they finally broke up in June 2016, it was a pretty rough split. Swift quickly jumped into a rebound relationship with Tom Hiddleston, and she and Harris duked it out on Twitter.

Elon Musk has officially moved on from Amber Heard! He was seen on the 2018 Met Gala red carpet with musician Grimes. The couple has been quietly dating for the past months after they bonded over a Twitter joke about artificial intelligence, and it seems kind of serious because they coordinated their outfits for the Met Gala!

Scarlett Johansson has been romantically linked to the Saturday Night Live actor since May 2017, but the couple didn’t make their red carpet debut together until April 2018 when they stepped out for the premiere of her film, Avengers: Infinity War. The couple made another appearance together in May 2018 when they attended the Met Gala 2018 together where they posed on the red carpet again.

Selena Gomez and Justin Bieber had been dodging dating rumors when they finally announced to the world in February 2011 that they were, in fact, a couple! The two showed up on the red carpet of Vanity Fair’s Oscar Party and looked absolutely adorable together. Gomez was in a red dress while Bieber donned a black three-piece suit with a red pocket square that matched her dress!

Chris Evans and Jenny Slate took their budding relationship public at the premiere of The Secret Life of Pets in June 2016. They had been dating since they met on the set of the drama Gifted that same year. The relationship ended eight months later, but the couple reconciled in November 2018, only to break up again in March 2018.

Jay Z and Beyonce were rumored to be a couple long before they finally made their first appearance together as a couple at the 2004 MTV VMAs. She looked ravishing in a gold satin jacket and high-waisted shorts while he wore a white suit. Fans went especially crazy when she gave him a shout-out during her acceptance speech for best female video, saying, “What up, Jay?”