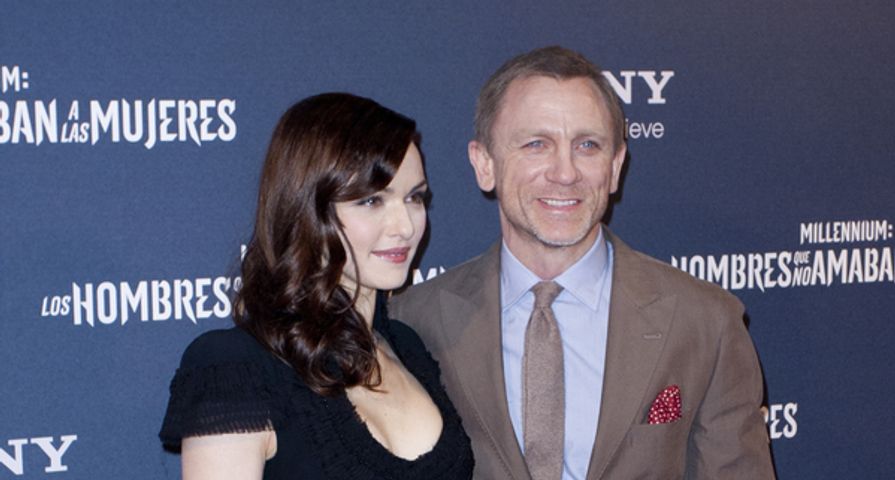 Some high profile celebrities have proven themselves to be quite sneaky! Instead of having large, lavish weddings that everyone knows about, they opt for something so low-key that no one knows about it until after the fact. Getting married in secret isn’t such a bad idea. By keeping mum about their nuptials, celebrities can avoid having the paparazzi interrupt their ceremonies and they won’t need extra security. We decided to make a list of 15 celebrities who were able to keep their upcoming nuptials secret. These weddings were so private that the paparazzi had no clue until long after the ceremony!

As one of the most popular actresses in the industry everyone was thrilled when Jennifer Aniston found happiness again with actor and screenwriter Justin Theroux. After the pair became engaged in August 2012, the actress was constantly questioned about wedding plans and always played coy. Finally on August 5, 2015 the duo married at their Bel-Air estate under the disguise of Justin’s 44th birthday party in order to throw off the media and trick their own guests.

Teen drama fans couldn’t be more excited when news leaked that former The O.C. star Adam Brody and former Gossip Girl star Leighton Meester were dating, but that is about all of the information they were going to get about the relationship. The popular duo are rarely spotted together and don’t talk to the media about their relationship, so it wasn’t really surprising when they kept their wedding a secret either. Meester and Brody were married on February 15, 2014 in a very secret ceremony, and in the years since, still have not diverged any details about their nuptials.

Cameron Diaz had many high profile relationships prior to her hook-up with Good Charlotte rocker Benji Madden, and no one took it seriously despite the fact their relationship moved at breakneck speeds. After they began dating in the spring of 2014, they quietly became engaged in December of that year and only 17 days later they secretly wed on January 5, 2015 in their Beverly Hills home.

Mila Kunis and Ashton Kutcher may be one of the most loved celebrity couples in Hollywood, but that doesn’t stop them from being notoriously private. The two have always been very hush-hush about their romance and went out of their way to keep their wedding a secret. They married over the July 4th weekend in 2015 and for months refused to confirm the rumors.

Despite being two of the biggest superstars on the planet, Beyonce and Jay-Z were successful at keeping most of their relationship very private — including their wedding. Without ever confirming their relationship, the pair wed in New York City on April 4, 2008 and only had 45 guests at the celebration, and to ensure word didn’t get out, they asked all their guests to leave their phones at home. It wasn’t until later that year when at a listening party for her album “I Am… Sasha Fierce” that Beyonce finally confirmed they had married.

Some celebrity relationships aren’t necessarily kept a secret, but fans still find them surprising and that is the case for Game of Thrones and Justice League actor Jason Momoa and former The Cosby Show star Lisa Bonet. Despite more than a decade of an age difference, the pair began dating in 2005 and in the more than 10 years since, they have had not one, but two secret weddings! The two first had a ceremony on November 15, 2007 but it was until 10 years later in October, 2017 it was revealed that the first ceremony wasn’t official. In mid-October 2017 Momoa and Bonet obtained a marriage license and were officially wed at their home in Topanga, California, and yet again no one found out about it until two weeks later!

In June 2013, Zoe Saldana secretly wed Italian artist Marco Perego in a small, intimate ceremony in England with just family and friends present. Prior to this relationship, she had been engaged to Keith Britton, her boyfriend of 11 years, and she had an on-off relationship with Bradley Cooper. According to Saldana, she chose to marry Perego because he brings out the best in her. Now the pair share three children together and are going strong!

Naya Rivera and Ryan Dorsey got married on July 19, 2014 in San Cabo Lucas, Mexico, in front of a small group of close family in a surprise ceremony. These two have been friends for a few years and dated years before; however, their relationship blossomed back into a romance few months after her engagement to Big Sean ended. The wedding was pretty low-key. The bride wore a Monique Lhuillier gown and carried a bouquet of daisies and baby’s breath while the groom wore a Dolce & Gabbana suit. In September 2015, they welcomed their son Josey Hollis Dorsey and in November 2016, the former Glee actress announced they had separated and filed for divorce but in October 2017 they called off the split.

In 2010, after a six-year courtship and a four-year engagement, Megan Fox and Brian Austin Green quietly tied the knot in a romantic sunset ceremony on a beach in Ka’upulehu, Hawaii. His son Kassius – who acted as the ring-bearer – was one of the few people in attendance. The couple kept it so low-key that they didn’t even invite either of their parents to the ceremony and opted to text them the news after it was official.

After Gwyneth Paltrow and Chris Martin announced that they were expecting their first child, they got married in a secret ceremony in Santa Barbara, California, the following day without any family members present. Blythe Danner reportedly thought that these two really complemented each other. Sadly, the marriage didn’t last. In March 2014, Paltrow and Martin announced their decision to “consciously uncouple.”

Jennifer Lopez married Marc Anthony in a surprise ceremony back in 2004. Everyone was shocked by this wedding. Anthony had only finalized his divorce from his first wife five days before the wedding while Lopez had been set to marry Ben Affleck only nine months before. Even the 35 guests who attended the wedding were surprised. They had been instructed to turn up at Lopez’s Beverly Hills mansion for an afternoon party. Unfortunately the relationship didn’t last and the pair split in July 2011 and finalized their divorce three years later in June 2014.

Britney Spears and Kevin Federline had initially planned to marry in a lavish ceremony at Santa Barbara’s Bacara Resort with 100 guests; however, with growing paparazzi attention and mounting stress, they opted for something much more low-key. The controversial pair ended up marrying in a ceremony with only 27 guests and relatives, all of whom were kept in the dark until minutes before Spears and Federline exchanged vows.

Ben Affleck and Jennifer Garner married in a low-key ceremony in Parrot Cay on the Turks and Caicos Islands back in 2005. The ceremony was so small that not even her parents attended. Garner, who was pregnant at the time, wasn’t wearing any makeup and had her hair in a loose ponytail while Affleck wore a t-shirt and a five o’clock shadow. After 10 years of being one of Hollywood’s most beloved couples, the pair dramatically split in June 2015.

In 2012, Blake Lively and Ryan Reynolds married in a secret ceremony just outside of Charleston, South Carolina. Only 60 guests were in attendance, which included close friends and some Hollywood types including Lively’s manager. No details were leaked before the event. This isn’t the first time that Reynolds has pulled off a secret wedding. When he married Scarlett Johannson, their nuptials were also kept hush-hush.

Daniel Craig and Rachel Weisz got married in 2011 after a short, quiet courtship. The low-key couple wed in front of just four people in New York, which included Craig’s teenage daughter Ella, Weisz’s five-year-old son Henry and two family friends as guests. The notoriously private couple started dating in 2010, shortly after she announced her split from Darren Aronofsky and his from Satsuki Mitchell. Rumor has it that Craig and Weisz were having a torrid affair prior to splitting from their partners.