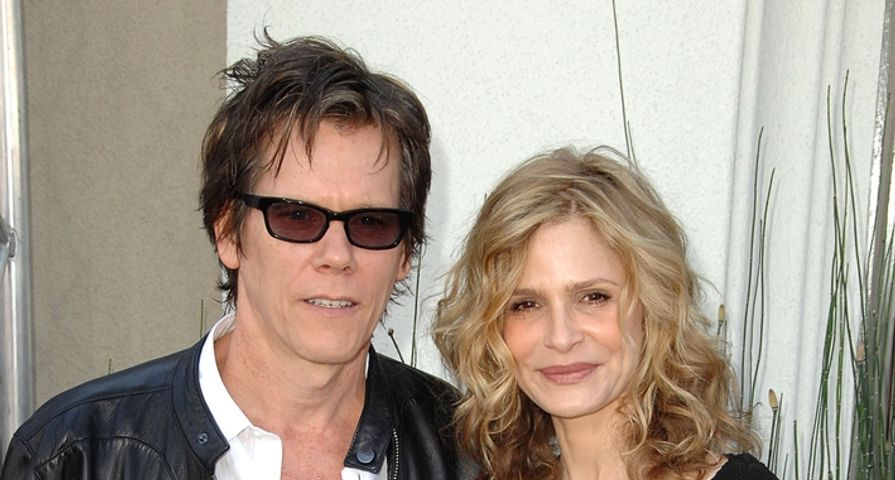 Do you have a dream of marrying a celebrity? It sounds impossible, but many celebrities have married regular people who were longtime fans of their work. Here are some celebrities who married people who were fans before they were that celeb’s spouse.

Another profession that might get you close to celebrities: hair styling. Grey’s Anatomy hunk Patrick Dempsey met Jillian Fink in 2005 after he booked a haircut with her. Jillian, who is also a makeup artist, knew who he was and praised his acting work. They got married in 1999 and have three children together, though sadly they filed for divorce in early 2015.

Reese Witherspoon famously married her Cruel Intentions co-star Ryan Philippe when she was only 23, but they ended up getting divorced. Now she’s married to another Hollywood guy who isn’t famous: talent agent Jim Toth, who’s originally from Pittsburgh. “He makes me laugh every day. I’m a very lucky lady,” she gushed on Instagram. She also told Glamour, “It’s really wonderful being with somebody who supports me, who loves me, who is my number-one fan. That is such an incredible experience. You have to be ready for those things. I had to be in a place where I felt all those things about myself.”

Another great place to meet celebrities is Coachella, the annual music festival in Indio, California. That’s where Breaking Bad star Aaron Paul met his now-wife Lauren Parsekian — and we’re guessing she knew who he was, since Breaking Bad was such a huge hit. When asked by users on Reddit about his favorite vacation spot, he responded, “Anything music festival related. Me and Lauren are addicted to musical festivals. We met at Coachella.” They even had their first kiss on a Coachella ferris wheel. It’s no surprise that they had a carnival-themed wedding!

Julia Roberts beat the system by marrying a Hollywood professional who isn’t famous: cameraman Daniel Moder. They met in 2000 on the set of The Mexican and got married two years later. Rumors say they may be headed for a split, but we still think it’s a good idea to become a co-worker to a celebrity if you want to get to know one better (and maybe even become a romantic option).

Anne Hathaway’s husband Adam Schulman is an actor and jewelry designer (obviously not as famous as Anne Hathaway). They started dating in 2008 after meeting through friends; she told Vogue, “We hit it off immediately, but it took us a pretty long time to get together. He thought that I had a boyfriend, and I thought that he had a girlfriend, so I thought that I’d better keep my distance because I didn’t want to be that girl.” Once they figured out that they were both single, Anne says, “things sped up a bit.” Anne gushed about him to USA Today as well: “He’s all the things you want a partner to be. I so find joy in his presence.” She says they have dinner parties and just hang out, and it makes sense that she was looking for someone pretty normal after a tumultuous relationship with con man Raffaelo Follieri, who ended up in federal prison.

Kanye West had a crush on Kim Kardashian the moment he met her back in 2004 when she was working as Brandy’s assistant and his crush only intensified when he saw pictures of her in 2006 vacationing with Paris. For several more years, he crushed on her and he even tried to get her to break off her engagement to Kris Humphries. While he was not successful breaking her and Humphries up before their wedding, the marriage quickly fizzled and after that West finally got his chance with Kim.

Jackie Sandler was a big fan of Adam Sandler when she was cast in his movie, Big Daddy, in 1999. Shortly after the movie was released, the two started dating and they were married in 2003. Since Big Daddy, she has continued to take on small roles in films.

Another example of meeting in a restaurant: In 2003, when Matt Damon was filming Stuck on You in Miami, he met Argentinian Luciana Barroso in the restaurant where she was working. Apparently, she helped him escape people who wanted autographs — so maybe the key is to play it cool when you see a celebrity, and prove that you’re not like the other fans. Rumor has it that she had seen some of his movies and was a fan of his work before they met. They started dating and later married in 2005; they have three children together: Isabella, Gia and Stella.

Jason Momoa has had a crush on Lisa Bonet since he was eight years old! He saw her on The Cosby Show and knew from that moment that she was the one for him. In 2005, he finally met her at a jazz club in L.A. through some friends and they were together from that night on. In 2017, after two children, Momoa and Bonet finally tied the knot.

Steve Harvey met his third wife, Marjorie Bridges, in 1990 when she came attended one of his performances at a comedy club. He knew immediately that she was the one for him and announced on stage that he was “going to marry” her one day. And in 2007, he did!

Before meeting Fergie on the set of Las Vegas, Josh Duhamel told InStyle magazine that he had quite the crush on the singer. “My recurring dream involves the lead singer of The Black Eyed Peas. Oh, my god, I’ve got the biggest crush on her! God, she is hot,” he said. Fergie had heard about it, so when they met she asked him if his dream was any good. The two immediately hit it off and were married in 2009. Unfortunately, in 2017, they split after 13 years together.

Kelly Preston fell for John Travolta after she saw his picture on a poster for the musical Grease. “I did have sort of a flash. I came out of a film, saw the poster for Grease and I knew I’d be with him, I just knew,” she said. “I was about 16 years old. I really knew it and it turned into, ‘I’m going to marry that man,’ and so he likes to tease me that I walked out and said, ‘I’m going to marry that man,’ and then did, ultimately.” The couple has been married since 1991.

Conan O’Brien fell for his wife, Liza Powel, when he saw her in the audience during the taping of an episode of Late Night with Conan O’Brieen back in 2000. “Somewhere, in the vault at NBC, there’s footage of me literally falling for my wife on camera,” he said. The couple was married in 2002 and share two children together.

Before Wiz Khalifa and Amber Rose met, he had confessed in an interview that he had a huge crush on her. So, she hit him up on Twitter and the two fell in love! Unfortunately, after having their son Sebastian, their love didn’t last and she filed for divorce in 2014, but they are still on good terms.

Priscilla Presley was just 14 when she met Elvis Presley during a party at his home in 1959. He was in the army at the time and living in Bad Nauheim, Germany, and he took an immediate liking to her. The couple had an unusual relationship. In 1963, she came to live with him in Memphis as a minor under the condition that he marry her. In 1967, they finally tied the knot, but they separated in 1972 and divorced a year later.

Kyra Sedgwick met Kevin Bacon back in the 1970s at a deli when she was 13 and he was 19. She had just watched him in a play and her brother had convinced her to go talk to him. “A little girl was in there who had just seen the matinee, and her brother said, ‘You liked that actor, go tell him you liked him’ and it was Kyra,” Kevin said. She ended up meeting him again on the set of the 1988 television film, Lemon Sky, and the two were an item by the time filming had wrapped. Now, 30 years later, they’re still going strong!

American Idol star Ruben Studdard was shopping at Wal Mart when a fan, Zuri McCants, asked him to autograph a CD. The two hit it off and ended up getting married in 2008! Unfortunately, the story has a sad ending in that they divorced in April 2012, citing irreconcilable differences. But their story proves that you can be up-front about being a fan (and even ask for a celebrity’s autograph) and end up marrying the guy.

Tom Cruise and Katie Holmes are no longer married, but Katie has said in interviews that she was always a fan of Tom and wanted to marry him. (It makes sense, since she’s so much younger than he is, and probably grew up seeing his movies.) She said in a 2005 cover story in W magazine: “From the moment I met him, it just felt like I’d known him forever. I was blown away. He’s the most incredible man. He’s so generous and kind, and he helps so many people, and, um, he makes me laugh like I’ve never laughed, and he’s a great friend.”