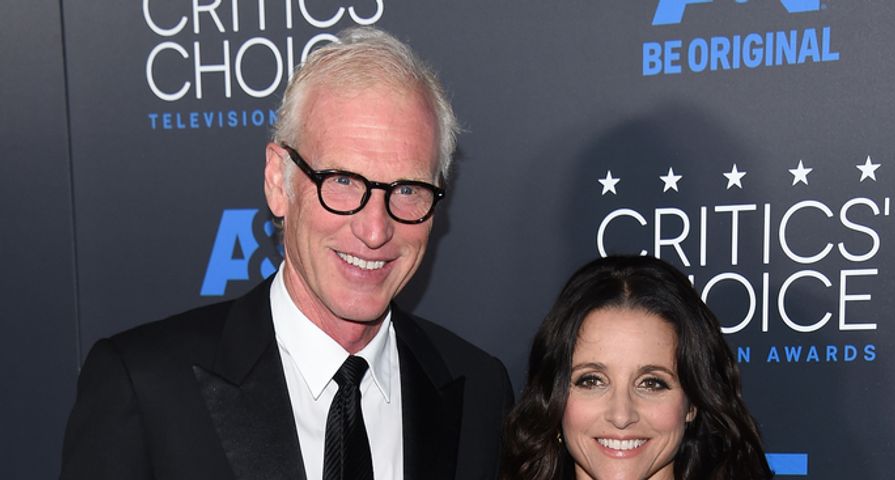 Mark Hamill and his wife Marilou York have been married since 1978! The two met in the most unlikely place – the dentist office! She was working as a dental hygienist at the time and, when she walked into the waiting room, Hamill was immediately transfixed. They began dating soon after, but it wasn’t smooth sailing. His star had begun to rise thanks to his Star Wars’ fame, and he needed to sow his wild oats, but he and York ended up getting back together, and were then married and had three children together. After all of these years, they are still together!

Rob Lowe and Sheryl Berkoff have been married since 1991, but they met back in 1983 on a “half blind” date. At the time, neither one of them were ready for a relationship, so they didn’t see each other again until she was working as a makeup artist on the set of his movie Bad Influence. Although Lowe hadn’t had any monogamous relationships at this point, he decided to give it a shot with Berkoff. The two were married in 1991 and have two sons together and are one of Hollywood’s rare success stories.

Samuel L. Jackson and his wife LaTanya Richardson met back when they were attending Morehouse College and were married in 1980. Together, they share one daughter, Zoe. The two have a really solid relationship and they knew this early on. “We actually thought we were going to be the black Liz Taylor and Richard Burton, but we were going to stay together!” he told People. “She’s had a good career. I’ve had a good career. So it’s worked.”

Meryl Streep and her husband Don Gummer have been married for 40 years now. They met back in 1978 after her partner at the time, John Cazale, died of lung cancer. Her brother was the one who introduced them and then she stayed at his apartment while he was traveling abroad. When he returned, they continued to live in his apartment with him and then they were married within six months. Now, they have four children together, three daughters and a son.

Denzel Washington and his wife Pauletta Pearson have a strong marriage that spans more than three decades. The couple first met back in 1977 while filming the television movie Wilma and began dating a year after that. Although she turned him down the first two times that he proposed, these two have made their marriage last. Thirty-five years later, these two are still going strong!

Robert De Niro and his second wife, Grace Hightower, began dating in 1987 and weren’t married until 1997. More than two decades later, the two are still together with two children, a son Elliott and daughter Helen. Although the couple separated for a year from 1999 to 2000, the couple renewed their vows in 2004 and haven’t looked back.

Phoebe Cates and Kevin Kline met back in 1983 when she auditioned for a role in The Big Chill. Although she didn’t get the role, she did get the guy! They were married in 1989 and have two children together, a son Owen Joseph and a daughter Greta Simone. Even though there is a 16-year age gap between the two, they have no problem making their relationship work. They make sure not to spend too much time apart and they made sure that one of them was with the kids while the other was working.

Bono met his wife, Ali Hewson when they were both teenagers living in Dublin. At that point, he was still known as Paul Hewson and his career hadn’t taken off yet. The couple was married in 1982 when they were in their early 20s. More than four decades later, they still have one of the strongest marriages in show business and still seem genuinely in love with each other.

Michael Caine met his wife Shakira Baksh when they appeared in a Maxwell House coffee commercial together in 1971. Her friend gave him her number and he called her every day for 10 days until she finally agreed to go out with him. They were married in 1973 and have one daughter together, Natasha. During the early days of their relationship, Caine was a heavy drinker and smoker, but being with Shakira made him sober up!

Jamie Lee Curtis fell for Christopher Guest before she met him. She saw his picture of him from his movie, This Is Spinal Tap, in Rolling Stone magazine and told her friend that she was going to marry him – and marry him she did! They tied the knot in 1984, adopted two children together and are still together more than 30 years later!

Jeff Bridges met his wife Susan Geston in Montana back in 1974 when he was filming Rancho Deluxe and she was waiting tables. According to him, it was love at first sight, but it took a few years for him to finally make a lifelong commitment to her. Once he did propose to her in 1977, they were married five days later. The couple has three daughters together, Isabelle, Jessica and Haley, and one grandchild, Grace.

Julia Louis-Dreyfus has been married to Brad Hall since 1987! They met back while they were students at Northwestern University and she was auditioning for his theater production. According to her, she knew pretty quickly that he was the one. “There were a couple of moments, some of which I will not share. But I would say that I knew almost immediately. It’s really the truth,” she said. Together, they share two children, Henry and Charles.