We Weigh In: Could Julie Berman Replace Emme Rylan As Lulu Spencer On General Hospital? 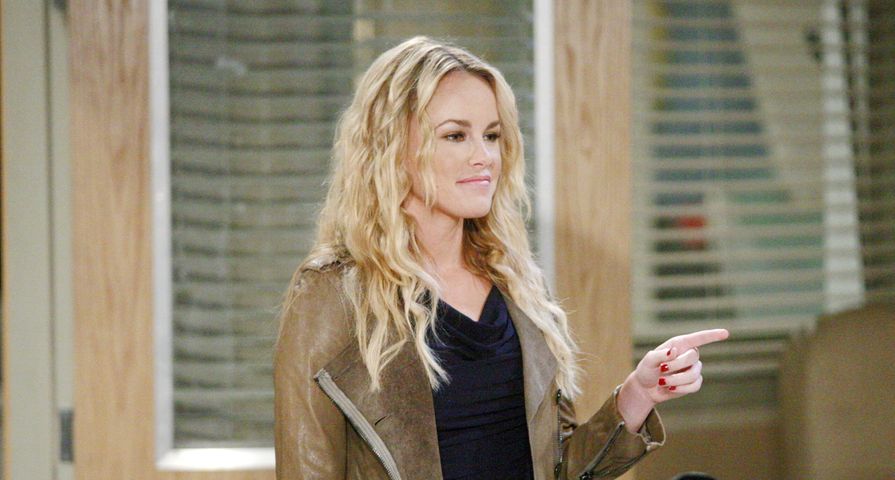 After weeks of speculation, it was finally revealed on General Hospital’s (GH) December 1st episode that Lulu Spencer would be stepping away from the land of Port Charles, as Luke and Laura’s daughter was shipped off to a long-term care center after the Floating Rib explosion, which left her in a coma.

This not only ended Lulu’s run on the show (for now) but also actress Emme Ryan’s. With that said, why have Lulu leave when Dante just returned to the canvas? As Emme posted on social media eluding to her departure, she also let fans know this was not her decision, rather the show’s, which left even more question marks in many people’s minds.

Still, there is a silver lining in all this. Lulu may be down, but she certainly is not out. Many characters within the land of daytime drama (all across the board) have been shipped away due to comas or other ailments, only to come back, and this has been a major theme in past GH storylines. If Lulu’s mother (Laura) and Cousin Michael can wake up and come back, so can she.

This brings us to some major buzz about Lulu’s departure. Spencer clearly will not be gone forever, so could she return in some months – even weeks – in the form of OG Lulu, played by actress Julie Berman? Berman, who played a SORASed Lulu from 2005 to 2013, was much loved by GH viewers, and many were sad to see her leave the show years ago. While Rylan did a stellar job stepping into the established Lulu role, there was a certain connection Berman had with the audience, as she “grew” the character from an awkward and scheming teenager into the strong-willed heroine Spencer is today. Julie’s chemistry with counterpart Dominic Zamprogna (Dante) was undeniable, and many fans would be over the moon if Berman stepped back in the role.

With that said, Rylan was an incredible choice for the recast. She slipped into the role with ease and added her own loveable and sassy spin to Lulu Spencer. Yet, there’s nothing like the original, and if you look across the spectrum at another soap that took a major chance in switching actresses then, with GH’s dipped ratings, it may just be worth it. The Young and the Restless did this very thing in 2019, when then-Phyllis, played by Gina Tognoni, was fired, only to make way for OG Phyllis, Michelle Stafford, to return. The swap equaled success all around.

Despite some sadness about Spencer’s exit, the entire Floating Rib explosion has created a lot of hype for Port Charles. This plot twist has left fans emotionally shaken by the Lulu/Rylan exit; however, how exciting would it be if this all happened only to have Berman and her version of Lulu re-enter unexpectedly in the near future?