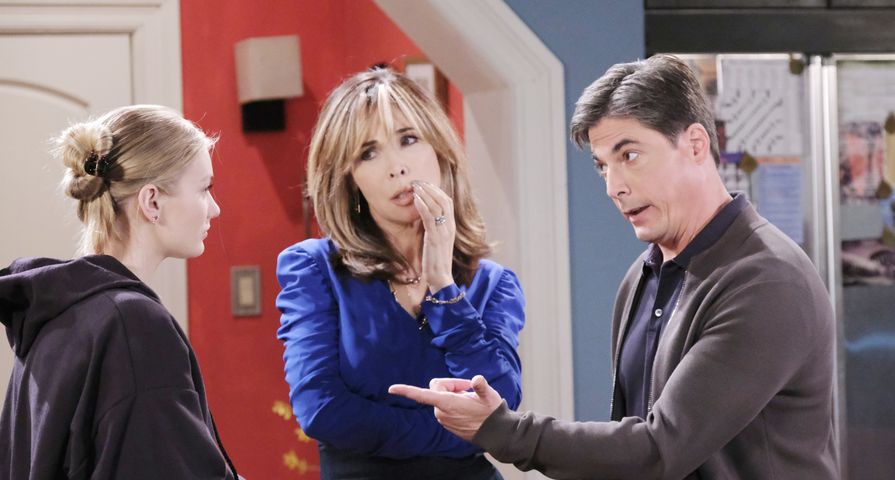 There weren’t any dull moments today on The Young and the Restless, Days of Our Lives, General Hospital and The Bold and the Beautiful! Find out what happened with our recap for June 10, 2020:

Wednesday on Y&R, Michael proposed to Lauren while Nick and Sharon awaited news on Cassie’s condition. The episode originally aired on May 5, 2005.

Lucas came to Kate with distressing news on Wednesday’s episode of DOOL while Rafe was dealt a huge blow. Also, Eric and Nicole received an unexpected visitor, and Kayla questioned Steve about his behavior.

On Wednesday on B&B, Brooke antagonized Stephanie about becoming Mrs. Ridge Forrester again after Ridge puts a ring on her finger. Stephanie and Sally drank to ease their woes when Sally decided that what Stephanie needed to win Eric back is a makeover. In a hilarious scene, a drunken Sally gave an equally drunk Stephanie a haircut while listing her workplace demands after Stephanie offered her a job at Forrester Creations. The episode originally aired on January 6, 2003.