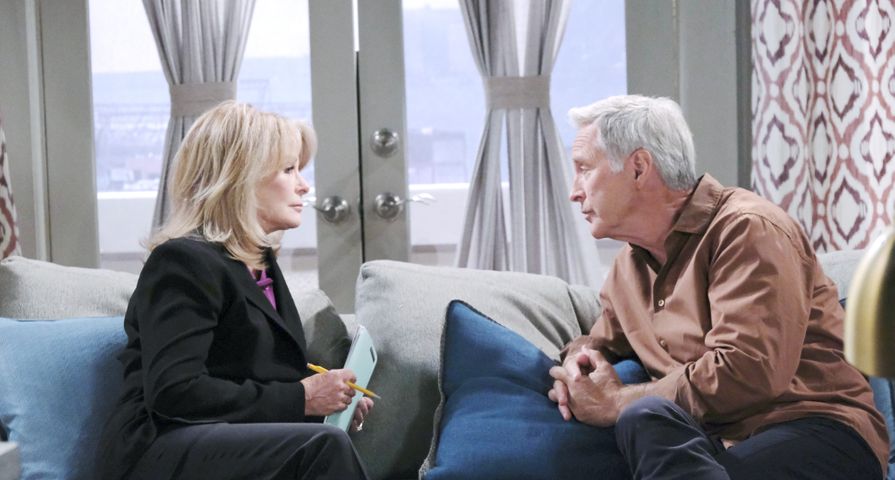 There weren’t any dull moments today on The Young and the Restless, Days of Our Lives, General Hospital and The Bold and the Beautiful! Find out what happened with our recap for June 2, 2020:

Tuesday on Y&R, Jack smelled success as John Abbott regained control of Jabot, and Victor and Ashley made amends. The episode originally aired on September 17, 1999.

Jake came clean with Ben on Tuesday’s episode of DOOL while Sarah laid into Victor for what he did to her. Also, John questioned Brady’s motives, and Marlena received a surprising call.

Tuesday’s GH episode’s original air date was May 23, 2017. Jake showed Emma and Charlotte the Chimera canister that was sent to him; Jason found Anna’s Chimera necklace on the floor; and Sonny had Morgan’s medication.

On Tuesday on B&B, the sinister Sheila Carter (Kimberlin Brown) threatened Stephanie for keeping her from Eric while Ridge (then played by Ronn Moss), Brooke, Eric, Dr. James Warwick (Ian Buchanan) and Lauren Fenmore attempted to talk her down. Meanwhile, Taylor and her father, Jack Hamilton (Chris Robinson), tried to make sense of why Ridge married Brooke so soon after he thought Taylor passed away. Darla (Schae Harrison) brought Sally Spectra a new hairdresser, Gladys (the late Phyllis Diller), who revealed that Taylor was still alive! The episode originally aired on June 7, 1995.