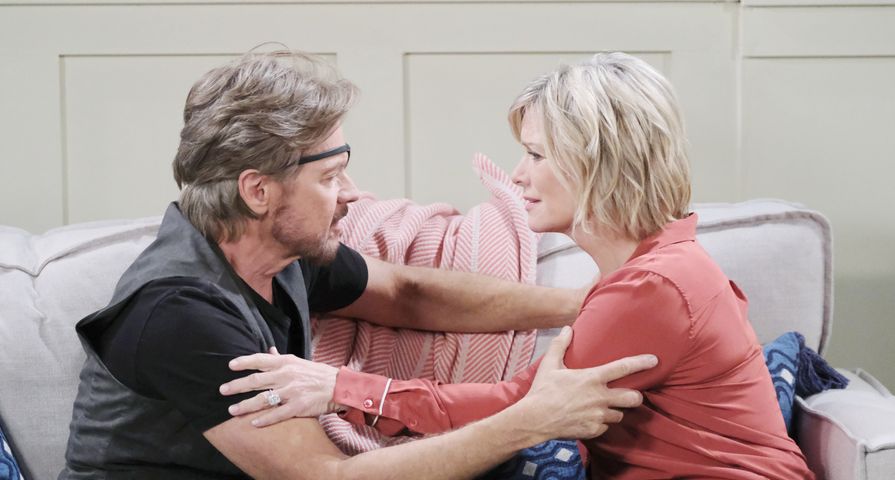 There weren’t any dull moments today on The Young and the Restless, Days of Our Lives, General Hospital and The Bold and the Beautiful! Find out what happened with our recap for June 5, 2020:

Friday on Y&R, Dina reminded the Abbotts of the true meaning of Christmas; Kyle and Lola celebrated their first Christmas as a married couple; and Billy kept a secret from his family. The episode originally aired on December 24, 2019.

Jake revealed to Ben and Ciara that Gabi has been kidnapped on Friday’s episode of DOOL while Marlena discussed Claire’s request with John. Also, Claire confided in her new friend and fellow patient, Gwen, and a drunk Steve was tempted to tell Kayla the truth.

On B&B on Friday, in what was the most anticipated episode of 2019, Douglas revealed to Liam that Phoebe was Beth. Liam raced against time to save Hope from Thomas and tell her the truth. Liam and Thomas had a battle of epic proportions on the rooftop of Forrester Creations, which resulted in Hope learning the truth that her beautiful baby Beth was alive and that her family could be reunited. Heartbroken, Flo attempted to convince Wyatt not to leave her over her part in the baby Beth scandal. Ridge assured Steffy that she was Phoebe’s mother and that she had nothing to worry about. The episode originally aired on August 5, 2019.