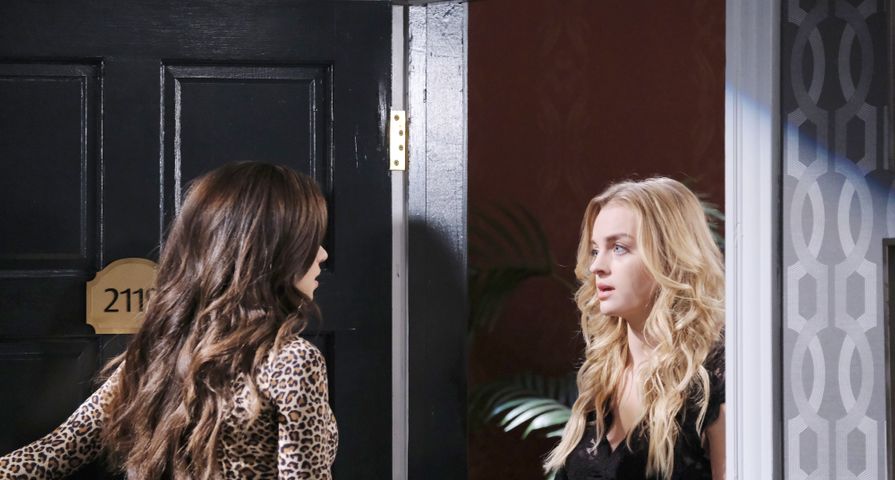 There weren’t any dull moments today on The Young and the Restless, Days of Our Lives, General Hospital and The Bold and the Beautiful! Find out what happened with our recap for June 12, 2020:

Friday on Y&R, Lily and Cane invited family and friends to Provence, France, for their second wedding, and Victor and Nikki worried about Victoria’s future with Billy (then played by Billy Miller). The episode originally aired on February 13, 2012.

Ciara confronted Brady about his true intentions on Friday’s episode of DOOL while Allie dropped a bombshell on Lucas. Also, Claire was released from Bayview, and Xander sought advice from Jack about Sarah.

On Friday on B&B, Wyatt was horrified to find out that his mother Quinn had kidnapped his brother Liam, who was suffering from amnesia and living with him as man and wife, “Adam” and “Eve.” Meanwhile, Bill questioned Steffy about Wyatt’s theory that Liam is just “trying to find himself.” Alone in the cabin he shared with “Eve,” Liam, through a series of flashbacks, slowly regained his memory, realizing who he was, Liam Spencer, and who he had lost, Steffy. In a moment of clarity, Liam confronted Quinn and with the help of Wyatt locked her in a closet before returning to Malibu for a bittersweet reunion with Steffy. The episode originally aired on April 8, 2016.