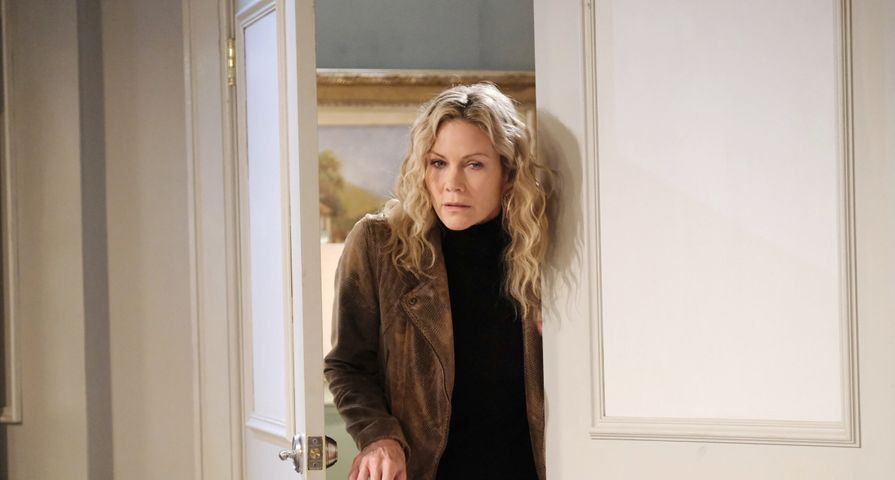 Stacy Haiduk is back as Kristen DiMera on Days Of Our Lives (DOOL). The actress spoke with Soap Opera Digest about everything she’s missed during her absence, including her reaction to ex-Kristen Eileen Davidson reclaiming her role.

“They [DOOL producers] mentioned that I would be back,” Haiduk explained. “It was just not knowing when exactly, so when I got the email that said, ‘You’re coming back,’ I was kind of curious to know how.”

DOOL viewers will recall that Davidson, who portrayed Kristen DiMera on and off from 1993 to 2017, was reinstated as Kristen DiMera during Peacock’s Days Of Our Lives: Beyond Salem.

“At first, I was a little like, ‘What’s going on?’ and it was hard,” Haiduk shared. “But I get what they were doing and I understand it.”

“I really love Eileen,” Haiduk continued. “I think she’s a wonderful woman and actress, so I get why they did what they did. But I had to call the producer and say, ‘Uh, is Eileen coming back?’ and he was like, ‘Yes, yes, she is, but not in the way that you think she is’.

“So there was this panic that I went through because it was like, ‘No, I don’t want to not play Kristen,’ because I really, really enjoy it,” Haiduk admitted. “But I knew exactly what they were going for and I hope it was a success!”

It’s hard to know whether Peacock’s Beyond Salem miniseries was a success, as NBC’s streaming service doesn’t release its performance numbers. Regardless, Haiduk is excited for what’s to come, now that her characters (let’s not forget about Susan Banks…) are back in Salem.

“I was told that I would get to meet Kristen’s daughter, which was exciting,” Haiduk mentioned.

Haiduk’s return also permits the actress to work alongside new talent like Dan Feuerriegel (EJ DiMera) and legacy performers like Stephen Nichols, who was playing a different character the last time she shared scenes with him.

“It’s very, very different when he’s Steve and Stefano” Haiduk said of the actor best known as Patch. “They’re very different characters. Now he’s someone she really doesn’t like, so it becomes this cat-and-mouse game with him. I really enjoy working with him.”