Eileen Davidson is well recognized for her long career in the soap industry, but she’s also known for her role on Bravo’s widely popular reality series known as The Real Housewives. Currently starring as Ashley Abbott on The Young and the Restless (Y&R), Davidson is also credited as an award-winning actress, reality star, author, former model and mother/step-mother of three children. Here are things you probably didn’t know about Eileen Davidson!

Eileen’s love life has been a little bit rocky in the past! She’s been married three times, first to actor Christopher Mayer from 1985 to 1986. She then married fellow soap opera actor Jon Lindstrom from General Hospital and As the World Turns from 1997 until 2000. In an odd twist of events, both her ex-husbands appeared on Santa Barbara, a show that Davidson worked on for two years, but they never appeared on screen together. Finally, she married her current husband, Vince Van Patten. She met Vince while working on the set of The Young and the Restless when he appeared as the boyfriend of Ashley Abbott. Vince isn’t necessarily recognized as a soap actor, but more as a former tennis professional and Poker Tour commentator. They wed in 2003, the same year she gave birth to their son, Jesse. The couple lives in Malibu and Eileen acts as the stepmother to Van Patten’s two sons, Duke and Vinny, from a previous marriage. 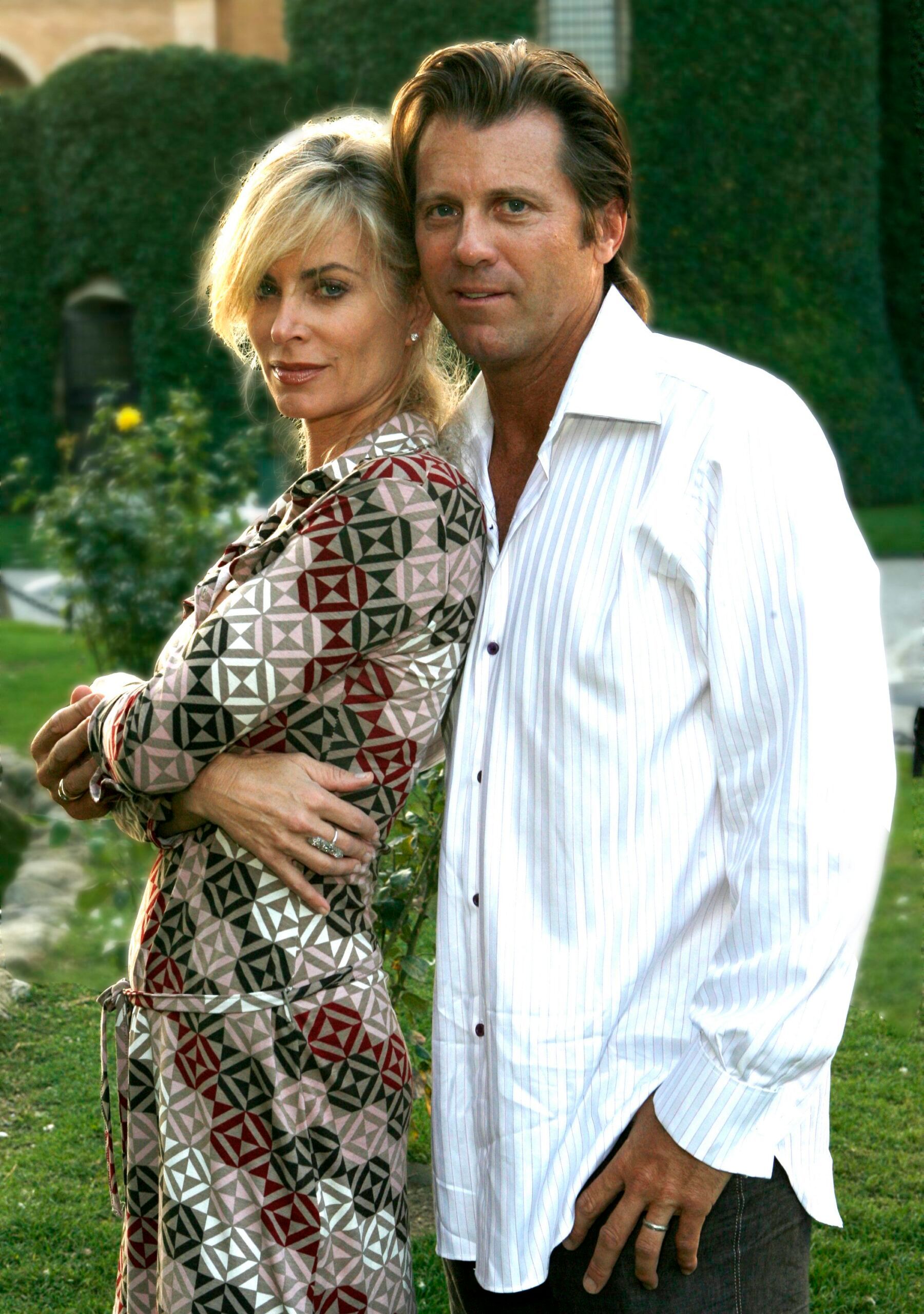 She was born on June 15, 1959, in Artesia, California. Davidson is the youngest of seven children. Her mother, Charlotte was a homemaker while her father, Richard, was an airplane parts manufacturer. Eileen is no stranger to tragedy as she’s lost two sisters and a niece. In 2014, Davidson lost her sister Connie after a long battle with breast cancer. According to Eileen, who talked about the passing of her sister while filming Real Housewives, she said her sister Connie did not share her health problems with their family until the last few months. As a result, Eileen experienced a lot of guilt. On Real Housewives she traveled to Italy and scattered her sister’s ashes in the ocean. A few months later she lost her niece, Brooke Watkins, a daughter of another sister of Davidson’s. Brooke passed away in her sleep due to a drug overdose and left behind two children. 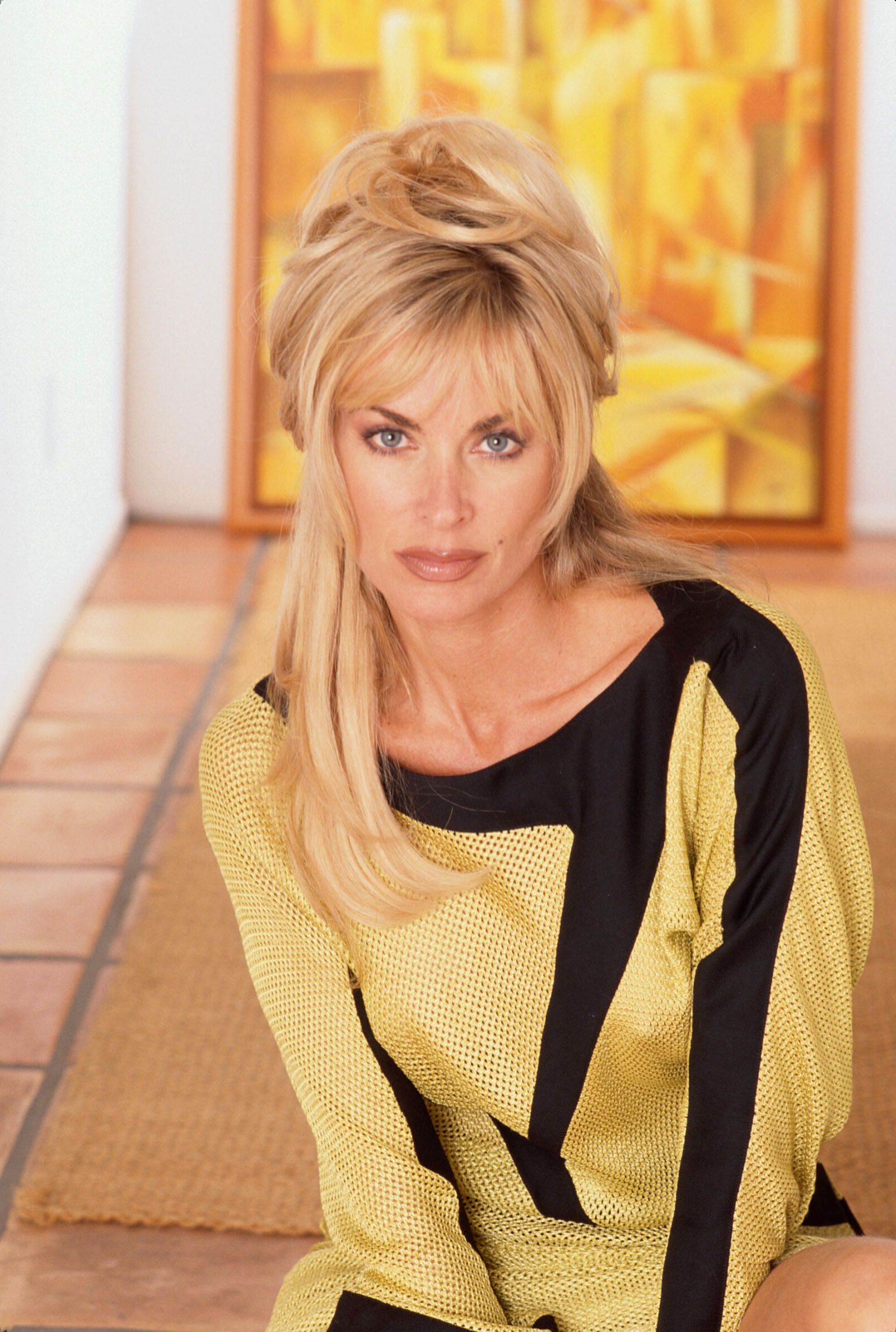 Eileen has been acting for over 30 years, but she hasn’t always been a soap star. She moved to Los Angeles in 1978 to begin taking acting classes and one of her first jobs was starring in the slasher film The House on Sorority Row. However, her film career was short lived because in 1982, she landed her role as Ashley Abbott on Y&R. She still had a passion to pursue something other than soap acting, so after six years on the show, she left to pursue a career in film and prime time television. Fans loved her so much that when she left, producers had to hire a look-alike to fill her role, so the viewers wouldn’t be too upset about the change! In 1990 she landed a role on the television series Broken Badges and starred in the film Eternity alongside Jon Voight. In 1991 she returned to the land of soaps with a role on Santa Barbara and then Days of Our Lives (DOOL). She returned to Y&R in 1999 and bounced back and forth between The Bold and the Beautiful and DOOL playing the character of Ashley Abbott. 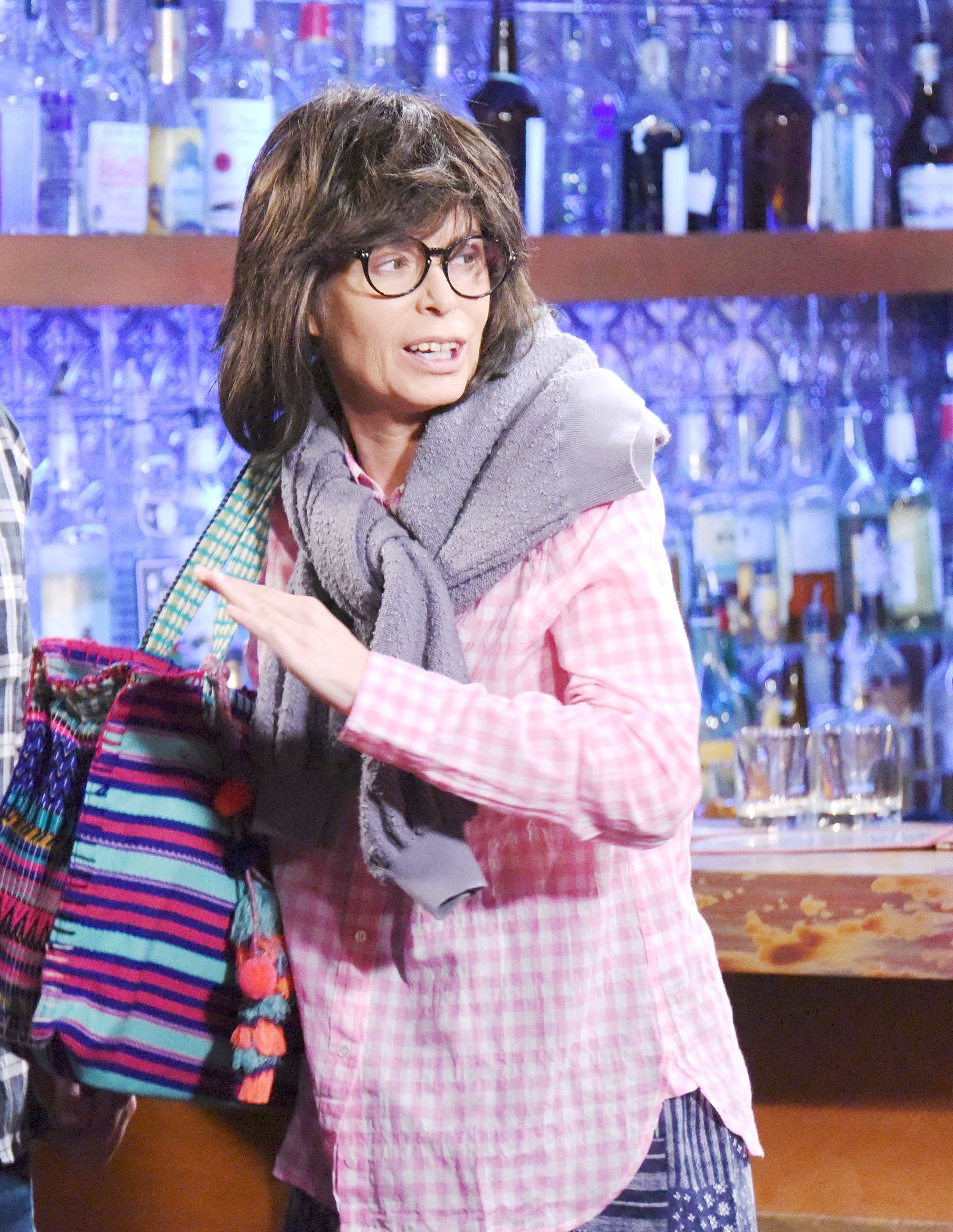 5. She’s an Author And Entrepreneur

A side to Eileen that many people might not know about is that she is a published author! She’s written a series of mystery novels like “Death in Daytime” (2008), “Dial Emmy for Murder” (2009), “Diva Las Vegas” (2010), and “Swinging in the Rain” (2011). She also owns a clothing line which she founded with her niece, Devon Martt. The fashion line is called “Femmeology” which aims to provide working mothers with a feminine wardrobe. Their clothes come in all different sizes for all ages and market themselves as practical and comfortable!

Not only is the fact that she’s been acting for over 30 years impressive enough, she’s got the awards to back it up! She won her first Emmy for Outstanding Lead Actress back in 1998 for her role on DOOL. One of the major factors behind her winning this Emmy was because she was the first actress to play five different characters at the same time! Then in 2014, she won another Emmy for her role as Ashley Abbott on Y&R. 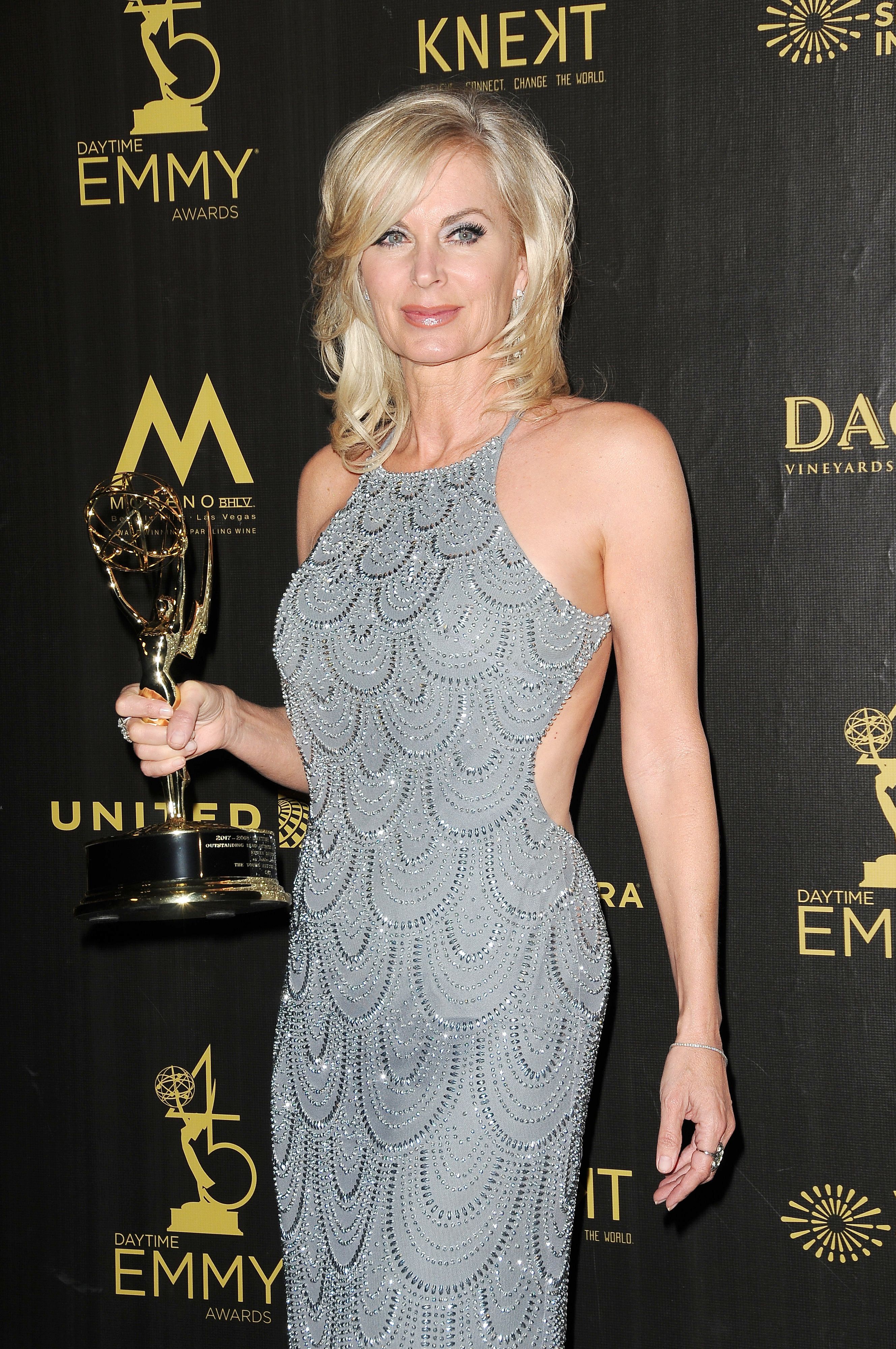 Eileen’s had quite an impressive career so it’s not surprising she’s worth an estimated $3 million! Eileen’s biggest money-making roles have been as Ashley Abbott on Y&R, Kristen DiMera on DOOL and by joining The Real Housewives of Beverly Hills. It’s unclear how much she makes, but we do know that many of the housewives reportedly earn about $75,000 a season. In addition to her on-screen appearances, Eileen’s books and clothing line contribute to her income. She’s definitely a hard-working gal and worth every penny! 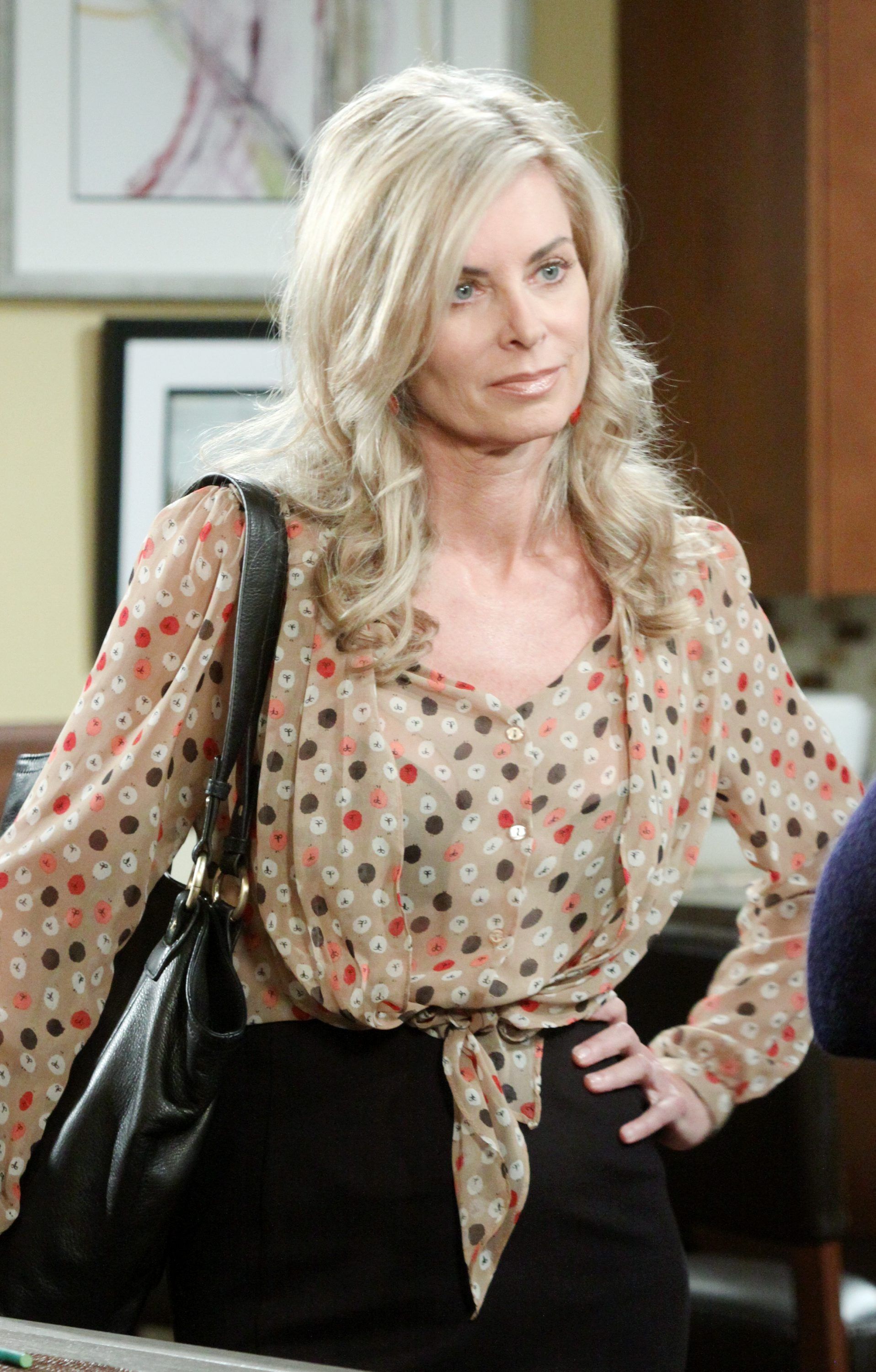 Eileen has been extremely honest about her relationship with Vince and the fact that when the two met they were already married. She claims they never cheated on their spouses or disrespected their marriages at the time, but there’s speculation there was some unintentional cheating involved, especially since their characters on Y&R were romantically involved. On The Real Housewives of Beverly Hills, Eileen got in a tiff with Lisa Vanderpump for asking about their relationship and whether they were cheating. Eileen calmly responded, “I knew he was married and I was married and I was totally respectful of that… but whatever. So, he and I, we had a friendship for a long time.” On The Real Housewives of Beverly Hills, Eileen Davidson revealed she had previously been in a violent relationship. Fans and her co-stars were totally shocked to learn about this aspect of Eileen’s past and since sharing it on the show she’s been quite candid about her experience. In an interview with Jenny McCarthy and Larry Flick, Davidson said, “It’s just a process of feeling like you can’t live without them even if they hit you. It’s like, ‘Maybe I did something to make this happen. It’s me.’ And as I’ve said before, it’s like, I was so afraid of being alone.” During the episode where she told the women, she said one evening their fighting got so bad that she had to call the cops. Thankfully, she’s moved on and is now in a healthy and happy marriage.