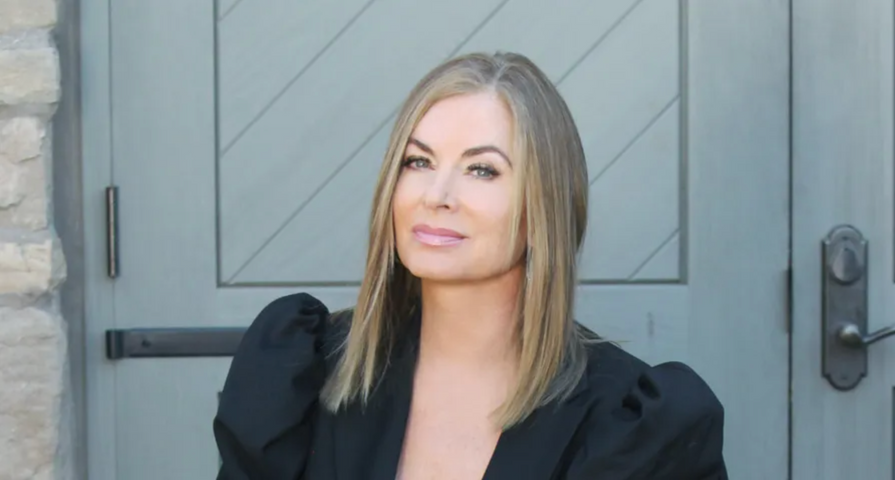 The five-part miniseries, which was announced last month, will premiere on Monday, September 6th. New episodes will air daily for that entire week, leading up to a finale on Friday, September 10th.

On top of that development, Beyond Salem has shared a series of four photos taken from the forthcoming episodes with Entertainment Weekly — and one of them reveals more than producers might have intended!

Six actors are featured in these images: Lisa Rinna (as Billie Reed), Jackée Harry (as Paulina Price), James Reynolds (as Abe Carver), Drake Hogestyn (as John Black), Deidre Hall (as Dr. Marlena Evans) and Eileen Davidson. Producers have been secretive about Davidson’s role, since her tenure on DOOL involved so many characters.

While Peacock was careful to avoid including character names on these official photos, whoever writes the captions on the NBC Media Village website clearly wasn’t in on the conspiracy! It looks like efforts have been made to delete the slip, but not before a savvy fan managed to get a screen-grab. Spoiler alert: Davidson will indeed be returning to the DOOL canvas as Kristen DiMera.

Fans will be overjoyed to see this soap veteran take another spin in the juicy role. Davidson last appeared on the NBC soap in 2017.