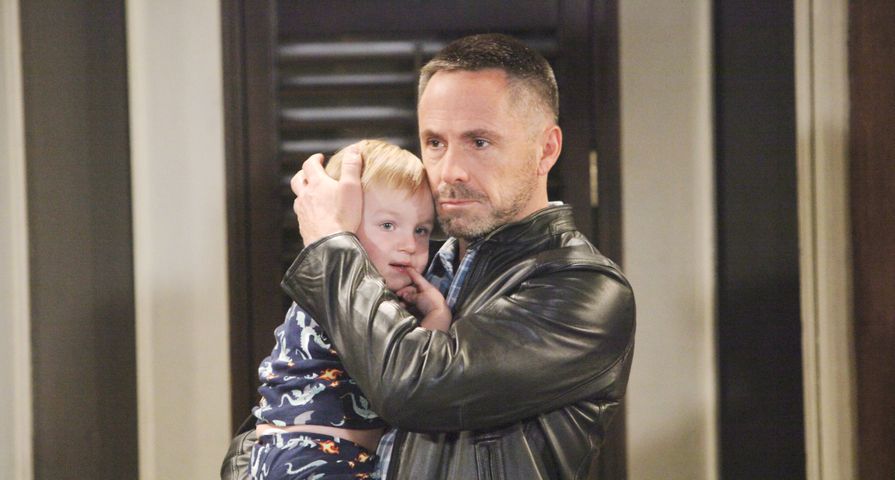 Calling all General Hospital (GH) fans! It seems as if viewers might be getting closer and closer to new episodes, as this coming week the soap opera will re-air the final five shows that were broadcasted before they ran out of fresh episodes. If you need a refresher on what went down in the land of Port Charles to help jog your memory for when new episodes hit the horizon, then this is a week to watch! From the Wiley custody battle to Holly’s disappearance, Valentine’s pursuit of ELQ, and more, check out the below GH spoilers for the week of July 27, 2020.

Originally airing on May 14, 2020, Michael will get prepped for the Wiley custody hearing by Diane, and for those who recall, it was a day after his wedding to Willow, so the lawyer was very pleased by the idea that a couple would be walking in the courtroom against Nelle. Meanwhile, by the end of the episode, Nelle would be sauntering in with some wedding news of her own.

In other GH spoilers, Anna was very preoccupied with the news around Holly’s passing, and Carly confronted Chase to thank him for his sacrifice (giving up Willow, so she could marry Michael). Across town, Sasha was given a hard time by Nina, and Valentine continued to press Martin about those ELQ shares!

Remember the time that Nelle was late for Wiley’s custody hearing, only to burst in wearing a wedding dress? On the episode that originally aired this past May 18th, Nelle tells the courtroom she has married Julian Jerome! Meanwhile, Ava refuses to sell her penthouse to Cyrus, while Molly and TJ celebrate becoming domestic partners!

Originally airing on May 19th, GH fans will witness a plethora of drama between Franco, Liz, and Nikolas on this show. In fact, Scott will warn his son about the history between Liz and Nik, and he’ll even run into Cassadine at the gym where the two match wits about Liz before parting ways. Viewers will see a crack start to show up within the Fritz relationship.

In other storylines that day, Liz will be frank with Jason around Mike’s condition, and let him know that he’s ready to go, but is hanging on because of Sonny. Meanwhile, Nina will agree to testify on Nelle’s behalf, as the two women talk about her recent wedding, and Nina’s need to find her bio daughter. Oh, the irony of it all!

Originally airing on May 20, Jason and Sonny continue to talk about Mike’s condition, and what he would want. In fact, Jason turns the tables on Sonny during the discussion, questioning if Corinthos would want to be living the way his dad is, hooked up to all those machines. Meanwhile, Nikolas reaches out to Spencer with a decision, and Wiley’s custody case resumes.

3. Carly and Michael Take the Stand

Speaking of, Martin will grill both Carly and Michael on the stand this Thursday, pointing out Carly’s past with Tony and her stay at mental health facilities. Martin will have Michael pointing to the fact that he is not in love with Willow, and his new wife also take the stand. Just before the show ends, Nelle is also called to testify.

Last GH show to air before the soap ran of out episodes on May 21st, and fans will see Robert believing that Holly is still alive, yet frustrated he can’t search for her. He thinks Luke might be the person to reach out for, and Laura suggests reaching out to Tracy! Could Luke return to GH to help with finding Holly? Meanwhile, Sasha continues to go down a dangerous path by accepting some cocaine from a photographer.

Nelle finally takes the stand and plays the consummate victim. Meanwhile, Julian also takes the stand, and much to Sam’s eye-rolling (who is in the courtroom), states he is committed to offering a good home to the little boy that he considers his grandson. After he gets off the stand, the very last scene that GH audiences witness is Nina and Jax entering the courtroom, as she is seemingly ready to testify on Nelle’s behalf.