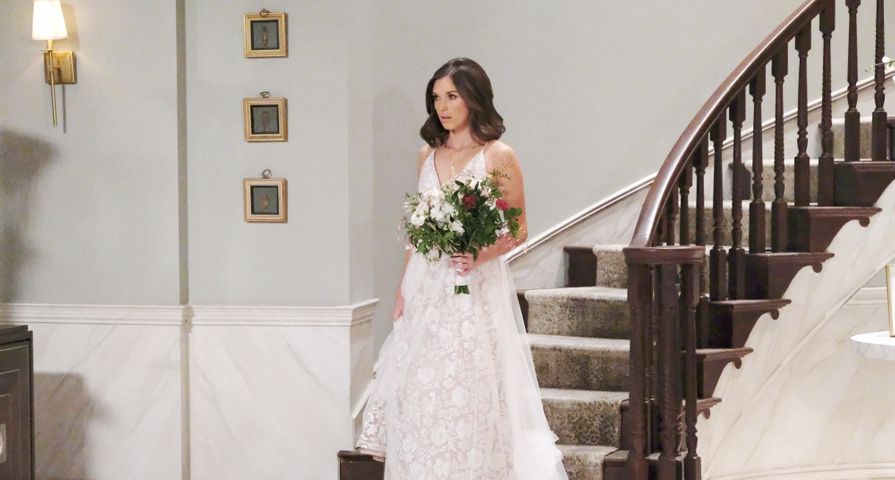 Calling all General Hospital (GH) fans! Time for a little déjà vu, as it seems that this week (and next) GH will be airing the final 10 episodes that were broadcasted in May before the soap ran out of new shows. If you missed those final episodes, now is your chance to DVR them and catch up before new shows come down the pipe. It’s important to note, an airdate for new GH episodes has not been posted as of yet, but Fame 10 will notify fans when one is released. Also, episodes this week (and the next week) are subject to change. Without further ado, below are some GH spoilers for the week of July 20, 2020.

9. Nelle Reaches Out to Nina

For fans that recall, Nelle will reach out to Nina on Monday to ask for a favor during this episode that originally aired on May 6th of this year. Spoiler alert: it’s to testify on her behalf at Wiley’s custody hearing! Meanwhile, additional GH teasers reveal that Robert will be at the Floating Rib when Peter runs into him! Time to re-watch the fireworks fly between these guys!

8. Willow and Michael Put Their Feelings Aside

Additional GH spoilers suggest that Willow and Michael decide to put their feelings aside, and for those who remember, they had just discovered that Sasha and Chase were secretly having an affair at this point. Well, not really, as Chase and Sasha were merely trying to break up their respective relationships so that Willow and Michael would agree to get married, and have a solid fight against Nelle for Wiley’s custody.

7. Sasha and Brook Lynn Have a Run-In

Originally airing on May 7, 2020, GH spoilers state that Michael will take Sasha to the hospital after a run-in with Brook Lynn Quartermaine at the gym. Brook ended up punching Sasha out in a fit of rage (and in an attempt to stand up for her cousin, Michael). Sasha’s nose started bleeding, and the rest is history.

Added GH spoilers for Tuesday’s show include Michael prepping for his day in court, as Willow will think about her future. Spoiler alert: She decides to take the plunge and marry Michael! Meanwhile, Nelle will ask for another favor, and Mac will turn to Jordan for some answers, but won’t get any truthful ones!

5. Dustin Will Hear from Brook Lynn

Fast-forwarding to an episode that originally aired on May 11, 2020 where GH spoilers reveal that Dustin will hear from Brook Lynn while Finn will feel rejected over something. Nelle will get a vital piece of information. All the goods on Julian’s role around the baby swap incident, probably, and Chase will reflect on things (and by “things” we mean “Willow”).

4. Willow Will Make a Decision

In an episode that ran on May 12th of this year, GH spoilers tease that Willow will make a decision, and if memory serves us all correct, she’ll turn the green light on marrying Michael, in effort to save Wiley from Nelle’s custodial influence. Meanwhile, Jordan decides to step in on a matter.

Other GH spoilers for that day, Lucy will receive a phone call, and it’ll be the Quartermaines requesting her presence at the mansion to officiate Willow and Michael’s wedding, and what a wedding it was! In other teasers for that episode, Willow will be admired by Carly, and the entire family will surround Michael that day in support.

Originally airing on May 13, 2020, GH spoilers reveal that Sonny will be in agony, as he struggles with the continued decline of his dad Mike. So sad! In other news, Michael will feel supported as his friends and family as they continue to stand by him (and Willow) when it comes to their wedded union, and fighting Nelle for custody of Wiley.

Rounding up GH spoilers for Friday, Olivia will be upset, and this has to do with Dante and not knowing where his head is at. Across town, Mac will pull Chase aside to have a chat. Last but not least, Robert gets some much-needed support from Laura, as he continues to agonize over the loss of Holly.