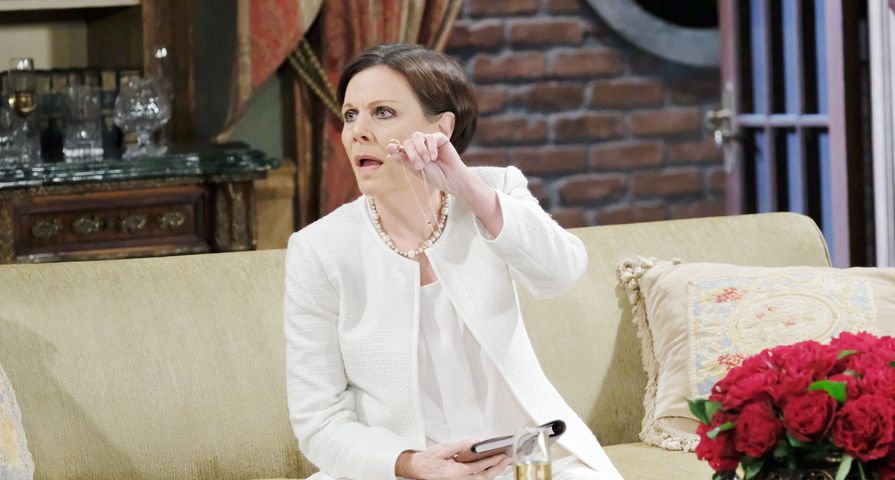 Calling all General Hospital (GH) fans! It’s a whole new year in the land of Port Charles, but audiences can expect the same incredible drama this week. Cyrus and Jason have a confrontation, while Nina offers up some words for Jax. Also, Dante bonds with Sam. Learn about these storylines and others in the GH spoilers for the week of January 4, 2021.

GH spoilers suggest a massive confrontation between Cyrus and Jason early in the week. Whatever goes down, it seems as if Cyrus may lose a little bit of his edge. As the days progress, Renault will snap his fingers at Jordan, but she won’t be a receptive as she generally is, and he’ll also get down to the “root” of his issues.

GH spoilers hint that Jordan will summon Jason to the PCPD this week; however, added teasers reveal that she may be asking him for help. This has to do with Cyrus. In other Jordan news, she’ll have a major confrontation with Portia. In fact, Jordan won’t be the only person Portia confronts in the coming days, as she’ll collide with Taggert and encourage him to “fight.”

GH spoilers do reveal that JaSam will spend some time together early on in the week. Could there be a reunion in the works? Maybe not. Added teasers hint that Jason will meet with Brando to get an update, as Sam bonds with Dante. Should fans be gearing up for a new GH super couple?

Speaking of Dante, GH spoilers tease that Anna will hope to pry some info out of him this week, but it sounds like Dante will keep his lips sealed when it comes to his time with the WSB. Anna won’t only be interested in Dante, but also Franco’s treatments. Whatever she learns about them will leave her stunned.

Laura will continue to gather information around the relationship between new half-brothers Cyrus and Martin. As the days go by, GH spoilers suggest that something will stun Laura to the point of disbelief! Her week will continue to spiral, as she receives some news about Ryan. Seems as if Laura’s 2021 will start rocky.

Across town, GH spoilers imply that Jax will get some choice words of advice from Nina, and they’ll take him aback. As the days go by, she’ll run into Valentin, and he’ll plead to her about something; perhaps, this has to with Charlotte? In other related teasers, Jax will turn to Carly for some vital information.

GH spoilers hint that Valentin will make a promise to Martin this week. While the two were on shaky ground during Lulu’s medical emergency, it seems as if they may be back on track. In other teasers, Peter will go off on Sam as the weekend approaches. After all he’s done to her, what could possibly have him mad enough to lash out at her?

Fans saw him in a body bag some weeks ago, but some cryptic GH spoilers may have viewers raising an eyebrow (or two). Teasers indicate that Ava will get word on Julian. Hasn’t he passed away? Maybe this has to do with a funeral or cremation. Meanwhile, she and Alexis may find themselves bonding in grief in the coming days over the brother and lover they have lost.

Sasha will comfort Michael this week, while Chase turns to Finn for some brotherly advice. Meanwhile, over at the Quartermaine mansion, GH spoilers tease that despite extreme efforts to hide the truth from Olivia, Tracy may be the one who reveals Ned’s secret after all! Speaking of Ned’s secret, Alexis will turn to Jordan and talk about her legal issues.