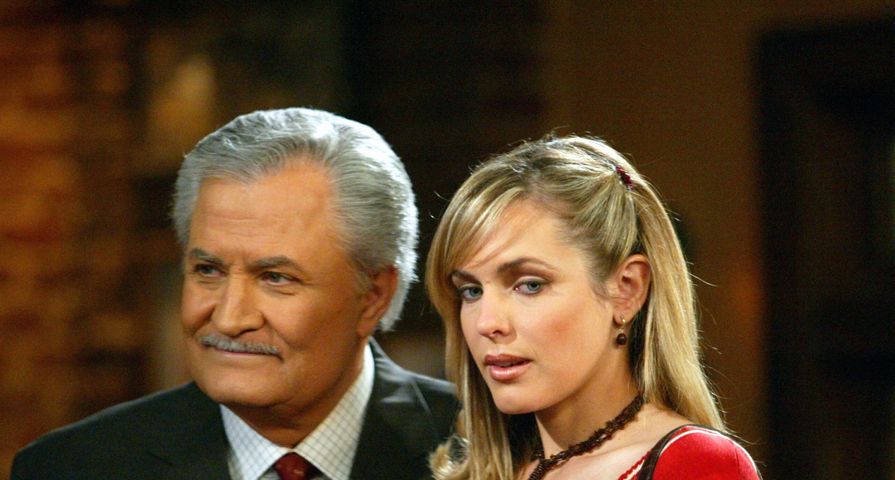 Soap opera fans love their daytime dramas because of the adventure, drama, and romance. No other television show knows how to do love quite like soaps! We’ve seen plenty of soap opera couples over the many seasons each show has been on the air. Some are perfectly matched duos who fit well from the get-go while others are a little more mismatched. They say opposites attract and sometimes they do, but many times they don’t. Below is a list of some of the most mismatched soap opera couples ever:

Even though these two had tremendous chemistry, and were a fun couple to watch on daytime drama screens, Kola was a mismatched couple. She came from a down-to-earth upbringing, where she had to work for everything she got. Meanwhile, as an Abbott, he grew up with prep schools and opportunities handed to him. They were worlds apart, although they did look cute together.

Steffy and Rick always had great chemistry with others, but together they were completely mismatched. Not only had he dated both her mother and her sister, but Rick was also the one driving the car when Steffy’s sister Phoebe met her demise. Steffy and Rick also usually spent the majority of the time they were together arguing about their feuding families.

Cin was certainly one of the biggest super couples on Days, and their romance followed a traditional Salem recipe with the “good girl” falling in love with the “bad boy” in town; however, with a little twist. Ciara was far from naïve, and she was a strong woman that has not only helped herself out of a sticky situation but Ben as well. Still, they worked very well, despite different backgrounds and family roots.

It’s still hard to picture Sam and Patrick together to this day. The couple dated from 2014 to about 2015, and even got engaged. While on paper, they seemed like the perfect super couple because they were such opposites (this works in soaps), but in reality, they lacked chemistry. Makes it no surprise that when “Jason” (at the time) returned, the two broke up with Patrick reuniting with Robin.

Age difference aside, these two were a mismatched couple from the get-go. When they hooked up in 2011, Nikki Newman was considered a high-society diva in Genoa City, whereas Deacon was a con artist, bartender, and low life. The handsome Sharpe was able to turn Nikki’s eye and manipulate her into marrying him, despite her daughter Vicky’s warnings. Nikki would eventually see Deacon’s true colors, so these two didn’t last long, but still a cringe-worthy mismatched couple to reminisce upon.

Shortly after Thorne’s wife Darla passed away at the side of a road, Thorne turned to Taylor for comfort. What he didn’t know was that Taylor was the one responsible for hitting her when she was driving while intoxicated. This relationship was jarring to viewers, who knew that once Thorne found out the truth, he and Taylor would be done for good.

When it comes to the land of Salem, these two represent complete extremes. Maggie was a gentle soul in town, someone that could be trusted, and always willing to help out a friend or family member. Victor was the Greek corporate tycoon, obsessed with business and controlling what his family did – not to mention some illegal activities in and around town. Since these two have come together, Maggie has certainly helped to soften Victor up (a little bit). Again, they might be mismatched, but they are also quite charming together.

The ultimate super couple – the super couple that started it all – were also two mismatched individuals (made in heaven). They haven’t been together in years, but the magic and chemistry they had lit up daytime television screens everywhere. No two people could be further opposites, which made their love story work on so many different levels!

Billion-dollar princess Victoria Newman seemed to have a type that she always fell for, you know, the hunky corporate businessman. Her relationships with Neil Winters, Brad Carlton, Billy Abbott, and Ryan McNeil proved this, and maybe she always falls for this “type” because of who her father is. Along came J.T. Hellstrom in 2008. Unlike her other suitors, he wasn’t corporate, a businessman, or even remotely wealthy. J.T. was an average Joe, who also happened to be incredibly handsome and charming. While this couple was mismatched, they also had tremendous chemistry and were a good fit at one point in time. Perhaps some of that chemistry is attributed to the fact that the actors who play Hellstrom and Newman were also a real-life couple at one point.

This couple just never worked. For one thing, Ridge delivered Bridget up at Big Bear cabin and originally thought she was his daughter. But when it turned out Eric was her real father, viewers still believed Ridge was Bridget’s uncle. Even after it was revealed that the pair were not related by blood, watching this mismatched pair kiss was enough to make fans flinch. Thankfully, they weren’t together for long.

Austin has always been a perfect fit for Carrie Brady. Both are kind-hearted people, who value good friends and family. This is perhaps why they are still together, even after all these years. However, when Sami was obsessed with her sister’s better half in the 1990s, she was successfully able to pull these two apart. Sami’s changed over the years, but back then she was a manipulative, backstabbing, scheming little liar (okay, maybe she hasn’t changed that much). Regardless, she certainly was a mismatch to the moral compass that Austin possessed back then.

These two made quite the couple back in the day, and in many ways, the “opposites attract” rule for love on soap operas worked well for them. Damien Spinelli was charming, with his incredible vocabulary, tech-savviness, and overall nerd-isms. It made for a unique pairing when matched up with the self-absorbed, fashionista Maxie. They are the epitome of a mismatched couple, which makes it no surprise that Damien chose Ellie (a female version of himself) to settle down with when all was said and done.

These two were definitely one of the most mismatched Y&R couples! Their age difference was a non-issue, but these two certainly had nothing in common … other than maybe their last name and immediate family! The two got hitched twice in 2012, and it seemed the only reason they hooked up was a vengeful need to get back at others. Overall, their mismatched relationship had little depth to it and was all around creepy.

Ivy was the second in what would be a fairly long line of women who had fallen for Wyatt’s brother Liam before they gave him a second glance. Both Hope and Steffy had declared their love for Liam and then seemed to view Wyatt as a consolation prize. Even Sally fell for his brother before she became involved with Wyatt. Ivy was no different and although she put on a brave face and pretended to be in love with Wyatt, it was obvious they were incompatible. Just as Wyatt proposed to her, Quinn rushed in to tell him his beloved was still pining for Liam and Ivy admitted she was.

Rafe certainly has a thing for bad girls, and no one could have ever predicted that he would end up hooking up with Sami’s nemesis, Kate Roberts. Yes, there was a bit of an age difference, but the reason behind the mismatch was that Kate wasn’t the honest person Rafe was. In fact, she walked a fine line between what was okay and what was illegal, and if she could get away with murder, she would most definitely try (and she has in the past). Besides, Kate’s always been aligned with corporate powerhouses (Victor, Stefano, and John … just to name a few). While they were mismatched, they were also an intriguing couple to watch onscreen.

Fans know all too well that Alexis has a thing for mobsters, and Julian fits that bill to a ‘T.’ While the couple had plenty of fans, they also had a ton of mismatched qualities. Julian is a criminal who partakes in plenty of illegal activities (not to mention scamming his own family), whereas Alexis is/was a lawyer who has tried, for the most part, to live life on the straight and narrow.

Another mismatched couple was Ashley and Tom, who hooked up in the early 2000s. An abusive father, he was the reason Kevin had so many issues. Tom also came from the wrong side of the tracks, whereas Ashley was born into one of the richest families in Genoa City. Ashley was manipulated into thinking Tom Fisher was Tom Callahan and had no clue about his past. Fisher/Callahan wooed Ashley well, and she was pretty smitten until his true identity came out.

Ridge returned to LA in 2014 after a two-year absence and was suddenly and inexplicably attracted to Katie. They began to have awkward meetings in the park where they read poetry to each other and when they became romantically involved, it looked forced. Ridge and Katie just never worked as a couple and always seemed to be off-balance.

The only thing these two had in common was their love of money. They came from different backgrounds, there was a huge age difference between them, and they shared no common interests. They didn’t last that long, and the good news is that both characters have come a long way since they were a couple in 2008.

Back in the 1990s, Lucy Coe was a gold-digging manipulator and town outcast, while Alan Quartermaine was a respectable member of the town and a doctor at the hospital. Lucy squirmed her way into Alan’s heart, broke up his marriage to Monica, and the two had got married … but it didn’t last very long. Regardless, one look at their wedding photo, and it is not hard to see just how mismatched this couple was back in the day.