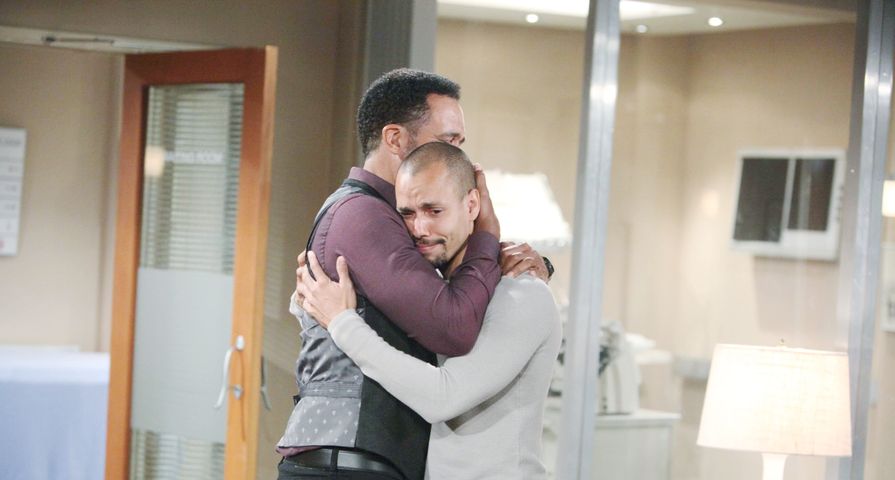 There’s nothing soap opera fans love more than sinking their teeth into a good old-fashioned dispute. Conflict, scheming, and confrontation deliver plenty of drama. Just like a great super-couple, an incredible rivalry requires chemistry and that “it” factor. However, while some rivalries have viewers glued to their screens, others offer only a feeling of “meh”. As such, below are some of the underwhelming soap opera rivalries in recent history.

As with most female rivalries in soaps, Summer and Lola didn’t get along thanks to their mutual adoration for a man… in this case, Kyle. It was touch-and-go for a while there; however, Summer scored the young Abbott in the long run and “Skyle” is enjoying a nice run. With that said, at one point during the drama, circa 2020, most fans began to wonder why either lady would bother with the immature Abbott. Lola has since faded off-canvas, while Summer and Kyle are living their best life in Italy. All’s well that ends well.

Both women are confident, smart, beautiful and successful. So, why the drama over the years? Well, Obrecht had a hate-on for Devane thanks to Faison’s obsession for the super spy. As of late, it does seem as if the ladies would make better friends than rivals. If they worked together, they could bring down anyone that dared to stand in their way. It’s a much better watch to see Liesl and Anna on the same page, rather than at opposite ends of the spectrum.

Sure, Gabi hasn’t been the best person to the Horton family over the years. The things she’s done to Nick Fallon, Abigail Deveraux and Eli Grant have been horrendous. However, every time Julie nitpicks at Hernandez, she ends up looking like a busy body. Even though Gabi teeters on the villain/heroine line in Salem, it’s just not a good look for Williams.

It’s not so much that there wasn’t chemistry between these two rivals; it’s just the reason this rivalry lands on the “worst” is because of why the quarrel began in the first place. Billy’s young daughter Delia passed away in 2013 when Adam accidentally hit her, leaving her on the side of the road. These two have had incredible scenes in the past as they continually try to move on from that fateful night. It’s still heartbreaking when the entire incident is brought up, and Billy being blamed as a negligent father is awful (even as a comeback). Meanwhile, Adam’s mistake of hitting the little girl and not taking ownership right away is likely something he’ll regret for the rest of his life. There are too many “feels” in this dispute to “enjoy” the drama of it.

It’s never an ideal situation when two siblings fight. While Eric and Brady aren’t “blood”, John and Marlena have bound the men into a brotherhood for life. For the longest time, they simply could not land on the same page. And let’s not forget all those fistfights between them. While Mr. Black was the villain in this rivalry at one point, watching two decent guys at opposite ends of the fence was not a fun watch.

The same could be said for the on-and-off rivalry between Abbott siblings, Jack and Ashley. When they are “friends”, it’s awesome to see the on-screen bonding. When they are fighting and scheming, however, things just don’t seem “right” in the land of Genoa City. Take their recent go, for example, when Jack created a rule at Jabot barring “non-family” members when it came to the CEO position. That was a low blow, since John isn’t Ashley’s biological father. From there, the storyline that unfolded was simply awful. No fan wanted to believe that Tracy was the only “real” Abbott of Dina’s kids. Thankfully, the truth came out, Ashley took ownership of her scheme to make Jack think he was not John’s son, and it was all brushed under the rug. However, the squabble between Ash and Jack was cringeworthy at the time.

Now, this might be a controversial one, as Sami and Kate have had some incredible confrontations and scenes as rivals. With that said, when they put their differences aside and come together as one, they are an unstoppable force in Salem. It’s almost more enjoyable to see them united than divided. They’ll never be besties, but when they work together, it’s an incredible watch for Days fans. Two strong women coming together to achieve their goals make female viewers feel empowered in some way. #EmpoweredWomenEmpowerWomen

Sasha and Nina moving past their issues from 2019 is a good thing. While they are not mother and daughter, they have become working colleagues and friends. Sure, Sasha deceived Nina (along with Valentin), but the bond they built over the years is a beautiful one. Two nice people shouldn’t remain rivals and hold grudges. They should simply move on, which is exactly what they did.

Actress Kassie DePaiva made an excellent Eve Donovan recast when she entered the role in 2014. However, the chemistry between her and Melissa Reeves (Jennifer Horton) was not there, when it came to their past rivalry. Perhaps it’s because Jennifer changed a little and strayed from her typical character during that time, too.

Remember when Neil Winters went a little off the deep end after Devon married Hilary? Kidnapping his son’s wife didn’t seem like something Neil would do. Sure, it’s understandable that he’d still be a little upset at Devon for stealing Hilary, but Winters went too far. Thankfully, the two were able to resolve their differences, and all three individuals created peace, and no drama, for the family.

Believe it or not, there was a time when Maxie and Lulu couldn’t stand each other. This was many moons ago when Jones and Falconeri were teens, and both were little schemers trying to figure out where they fit in the land of Port Charles. The good news is, they decided that being “for” each other was a better option than being “against” each other. Thus, a beautiful BFF bond was formed.

Nick’s never been a fan of Sharon with Adam during their on-again/off-again roller coaster romance. In fact, there was a time when Nick was so mad at his ex, he was thinking about keeping Faith away from her. Sharon and Nick make great friends, co-parents, and some would even say they are at their best as a super-couple. Watching these two fight, bicker, and scheme against each other was a hard watch for many fans.