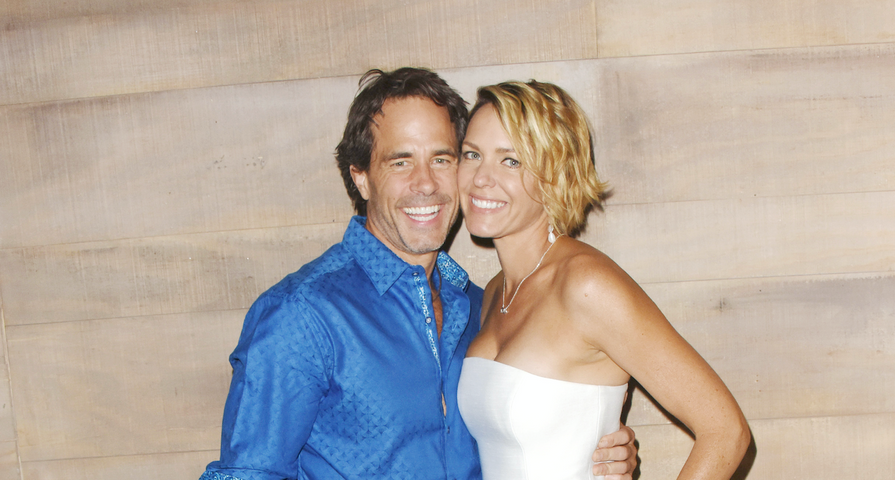 Soap opera characters hook up all the time on screen. Some are hot, some are not, but all tend to be quite interesting at the end of the day. It’s no secret that many daytime drama fans love tuning into their favorite shows because of the romance, the love affairs, and the super-couples. Life can sometimes imitate art, and while many soap opera stars are busy rehearsing their lines, working on their scenes, and frolicking on set with castmates, some of them are hooking up too! Below are some of the steamiest soap opera off-screen hookups of all time.

Some hook-ups are meant to last! Scott and Melissa met on the set of Days decades ago, when Scott had a short stint on the show as “Jake Hogansen” in the late 1980s. He’d move on to have roles on GH and the Y&R, while Missy would stay in the land of Salem with her Jennifer Horton character. They got married in 1990, and share two children. Both now in their 50s, and still looking fabulous — it’s hard to believe that these soap stars are also grandparents! 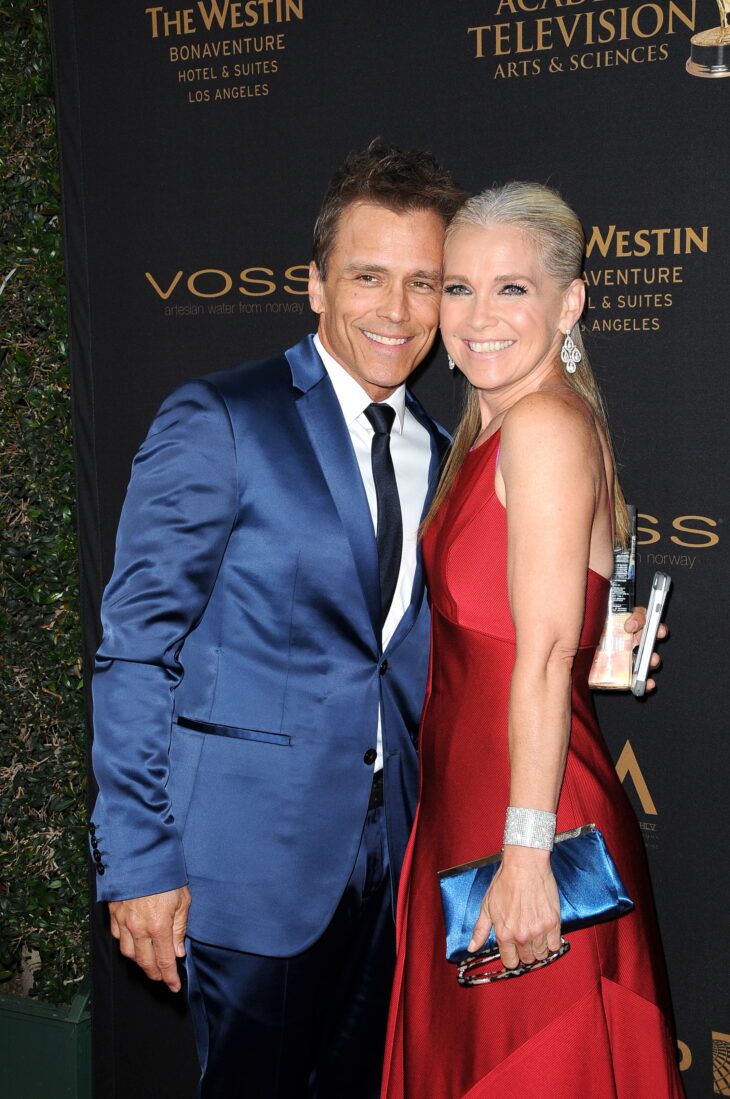 While Peter August and Carly Corinthos barely have any scenes together on GH, Laura and Wes spend a lot of their free time from the show living their best lives together! The two started dating in 2017, and have been inseparable since. In fact, fans can find some really cute photos of the two posted on Wright’s Instagram account. 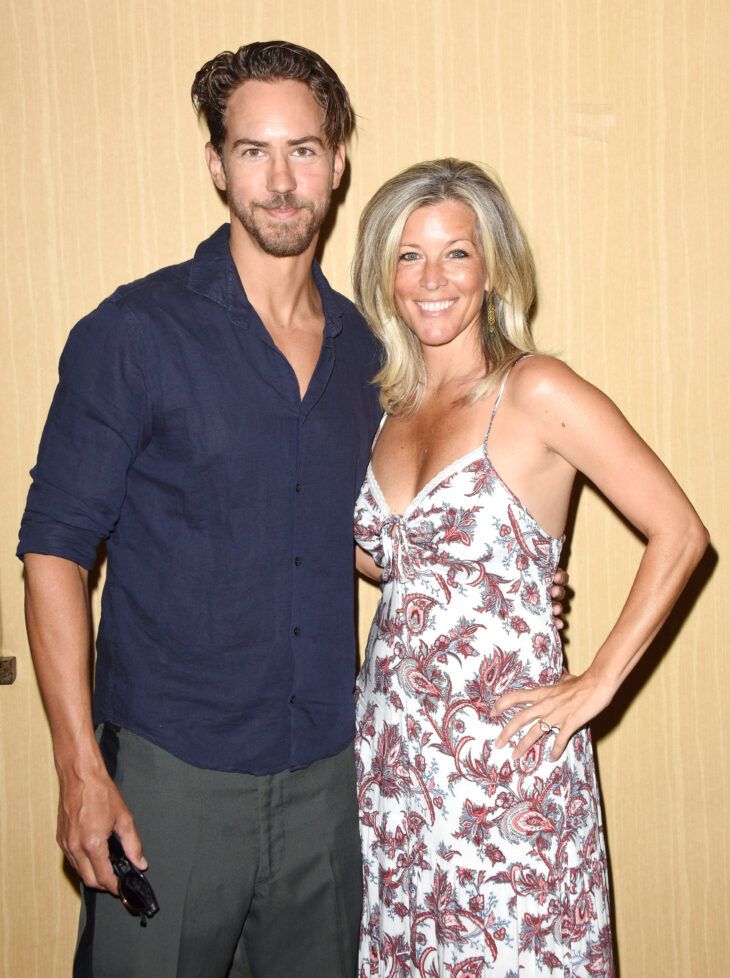 Shortly after Duell’s break up with Kristen Alderson, he began dating Bold and the Beautiful’s Courtney Hope. While Sally Spectra now resides in the land of Genoa City, these two soap stars have never worked together on the same soap. So, how did they meet? It seems as if the two were introduced at a party hosted by Chad’s former-GH colleague, Bryan Craig (Morgan Corinthos). Chad and Courtney met, fell in love, and in October 2021 got married! Alas, the couple appeared to part ways mere weeks later, as they scrubbed their social media of any couple photos. 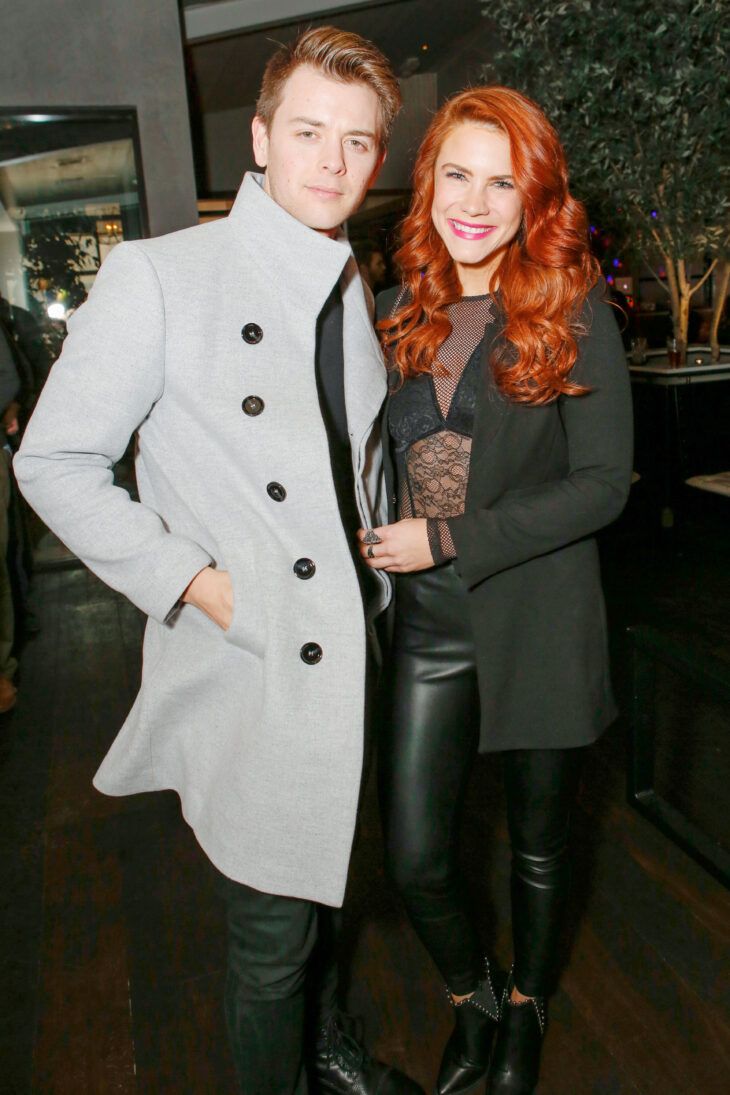 The bad news is that these two soap opera stars went their separate ways in 2017; however, the good news is that they still seem to be on very good terms. Thad and Amelia met on the set of the Y&R and got married in 2007, during a time their characters Victoria Newman and J.T. Hellstrom were also hitched on the soap. While this hook-up didn’t last, it’s nice to know that Heinle still gives Luckinbill some Instagram shoutouts on his birthday! #CoParentingGoals 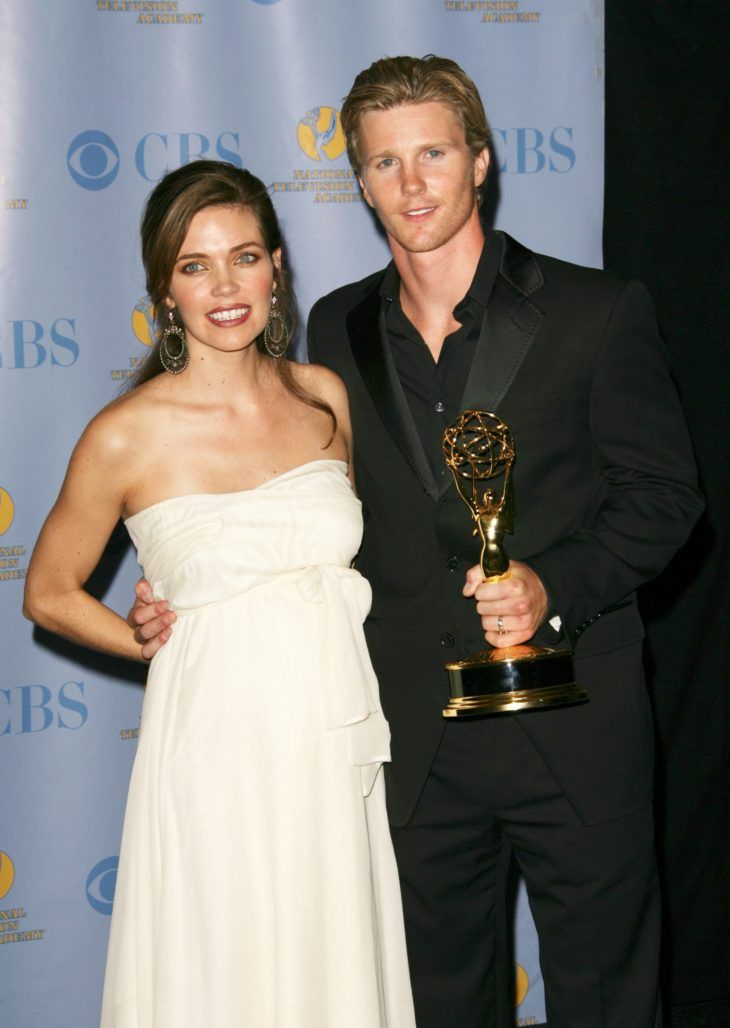 Love certainly began to imitate art in early 2012 when these good-looking soap stars hooked up on the set of General Hospital (GH). Duell’s character (Michael Corinthos) managed to steal Alderson’ character (Kiki Jerome) from his brother Morgan and love was in the air in Port Charles. Meanwhile off-screen, these two young soap stars fell in love. They posted cute Instagram pictures of each other all cuddled up, did the awards’ show circuit scene, and enjoyed parties together. Sadly, the relationship only lasted until 2015. Alderson let her fans know about the split via Twitter. 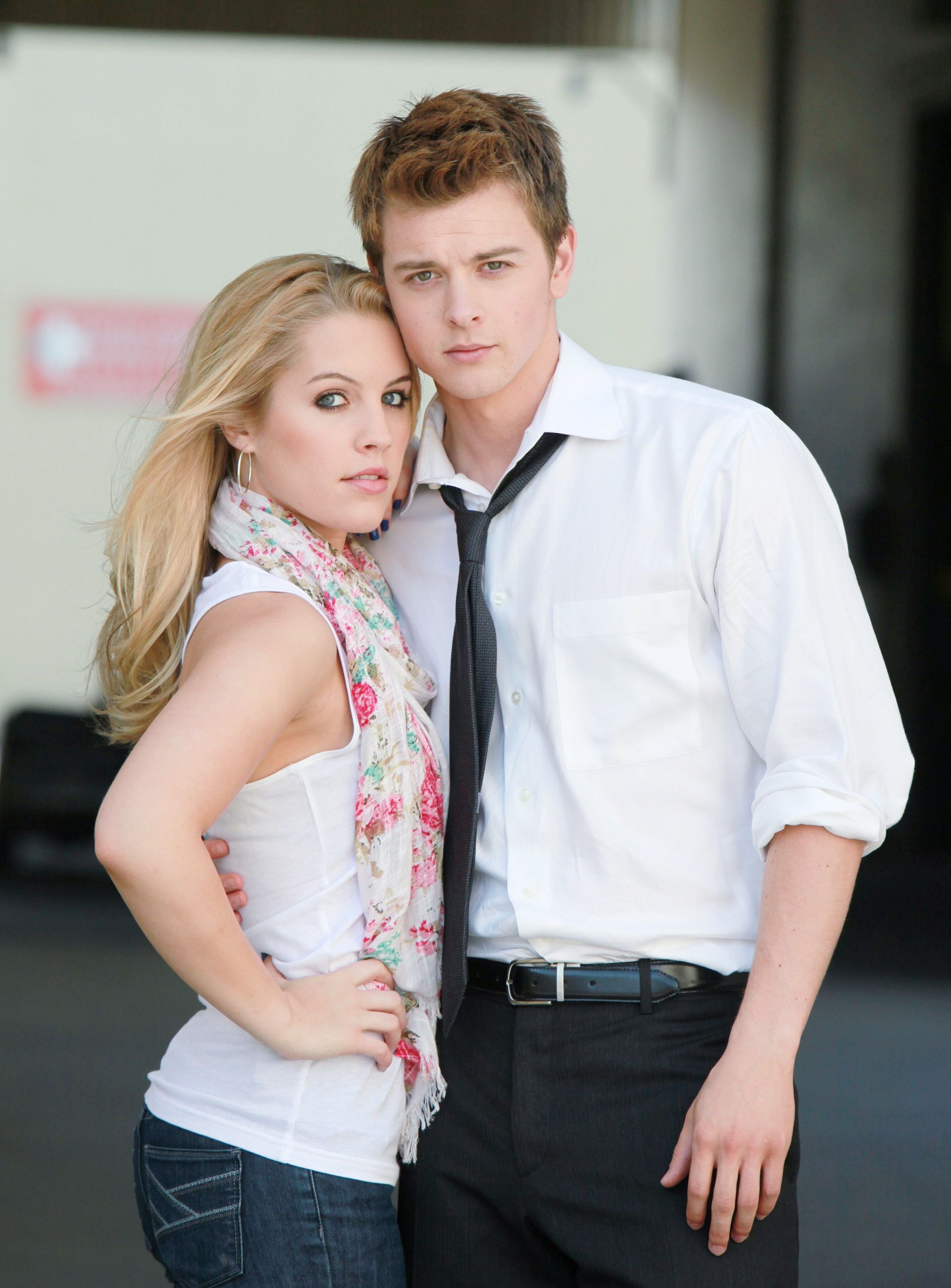 This hook up is still happening and made the list because for the hotness factor. Both stars are now closing in on their 50s, and still, look incredible! Plus, they are madly in love with each other! As the story goes, Kelly Ripa met Mark Consuelos in 1995 on the set of All My Children and the duo eloped a year later. More than twenty years later, and these two stars still enjoy a successful marriage. It seems the honeymoon stage never ended for Conseuelos and Ripa, as they continue to gush about each other in the media and over social media. 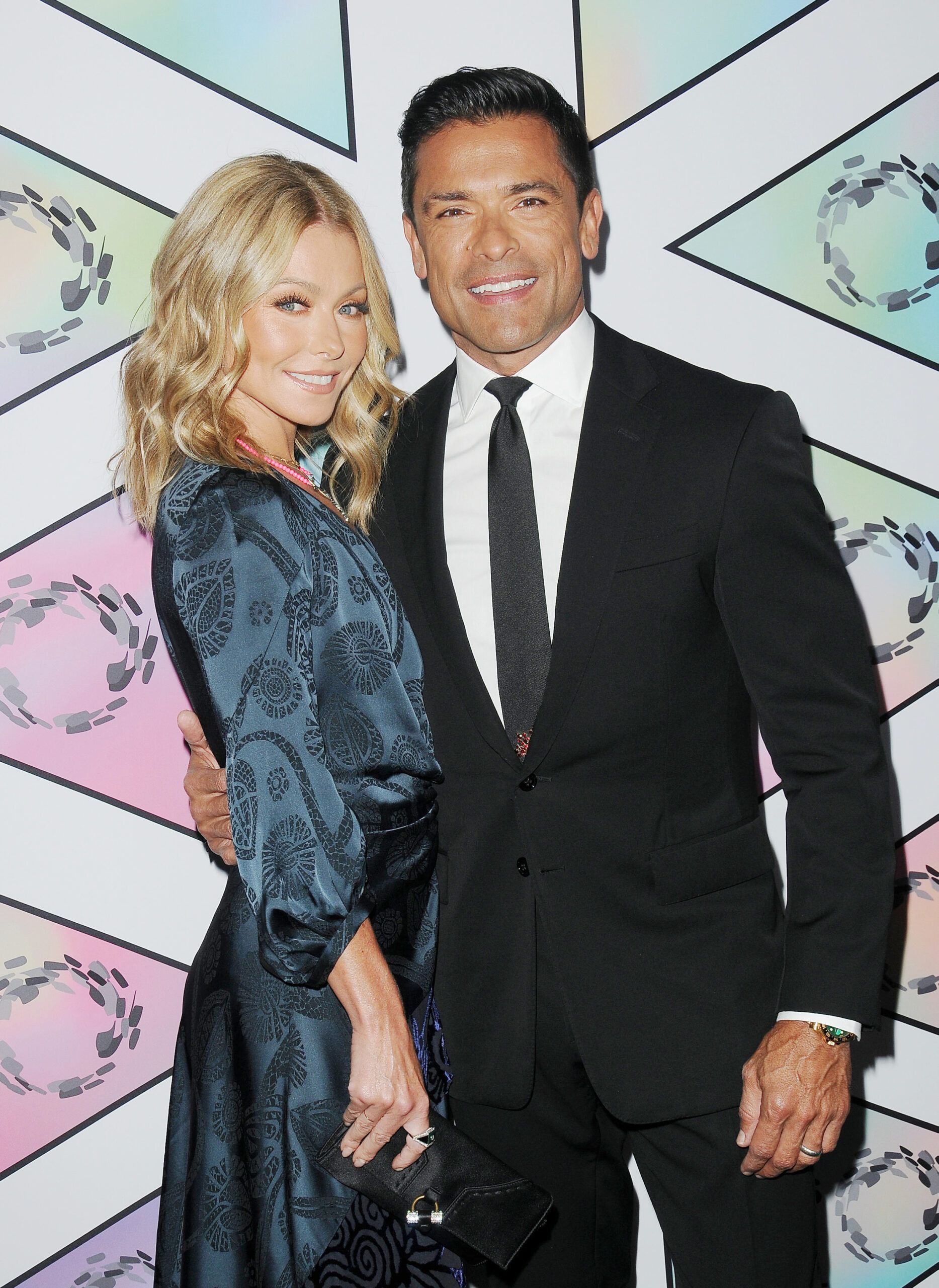 These young Days of Our Lives (DOOL) stars enjoyed a whirlwind hook up in 2009 when Casey Deidrick played Chad DiMera and Molly Burnett played Melanie Jonas. It was not serious by any stretch of the imagination, but the two had a fun fling that lasted about one year. Their hook up ended in 2010 and they still managed to remain extremely professional with one another on the DOOL set. They were even able to work together with no issues when their characters Melanie and Chad had a hook up of their own in 2012. 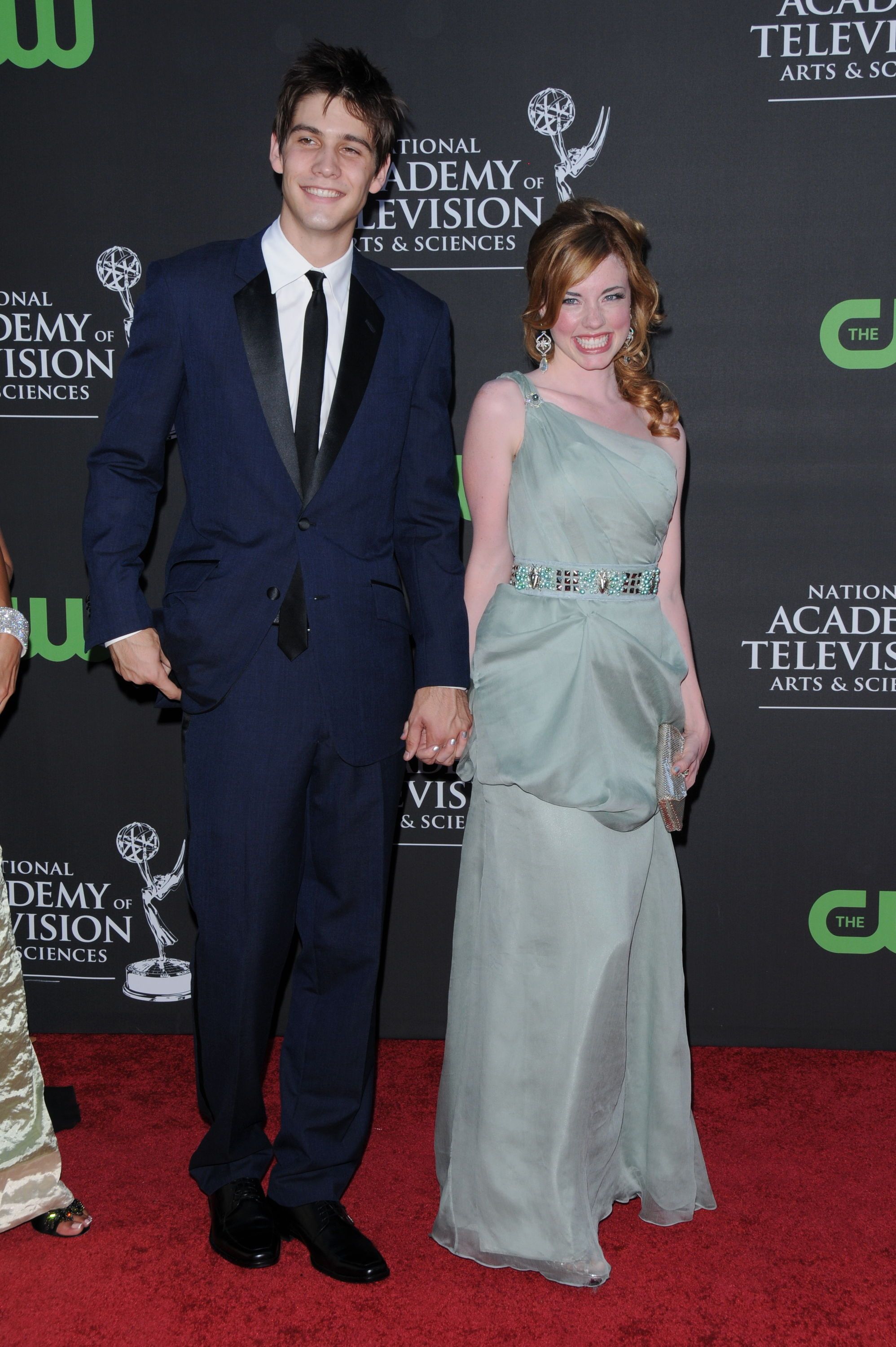 It doesn’t get any steamier than Dr. Daniel Jonas and Nicole Walker in Salem. Sadly, Jonas passed away in early 2016, leaving poor Nicole to mourn him. Good news for Zucker though, she still gets to hook up with Christian in real-life as these two are a solid couple off-screen. This hook up has it all! They are both good looking and talented, but the best part is that they both have huge hearts and work to make a difference through an organization Zucker created with her brother called Arrow Heart. They hooked up on the DOOL set in 2014 and have been happy ever since. 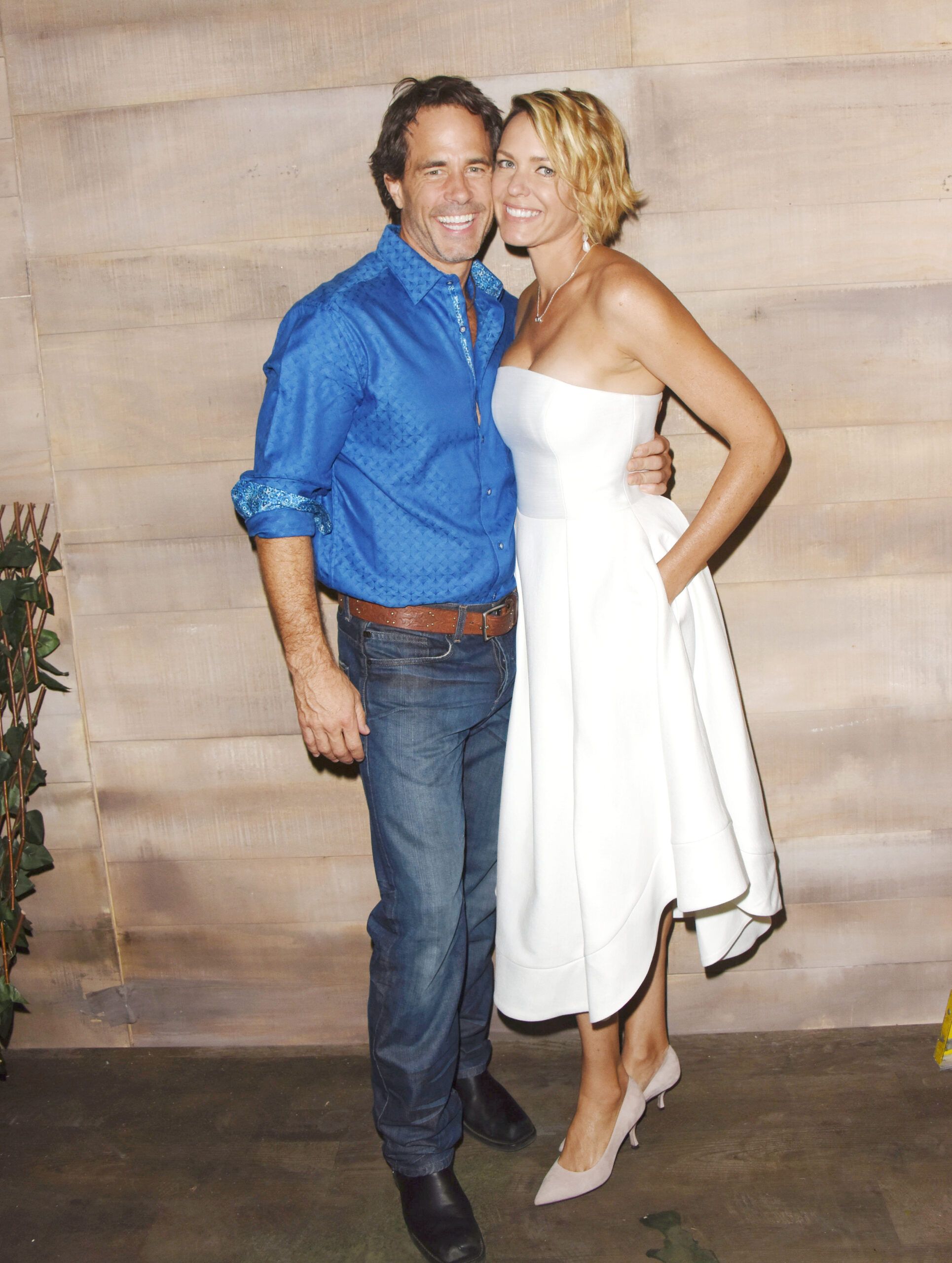 While Kelly is currently on GH and Bryan isn’t, the two met on the soap opera in 2013 and fell in love despite not having any scenes together as their characters weren’t connected. Still, they did have a ton of chemistry, which led to an engagement in 2015. Sadly, the two broke up in 2016, ending their engagement and three-year relationship. 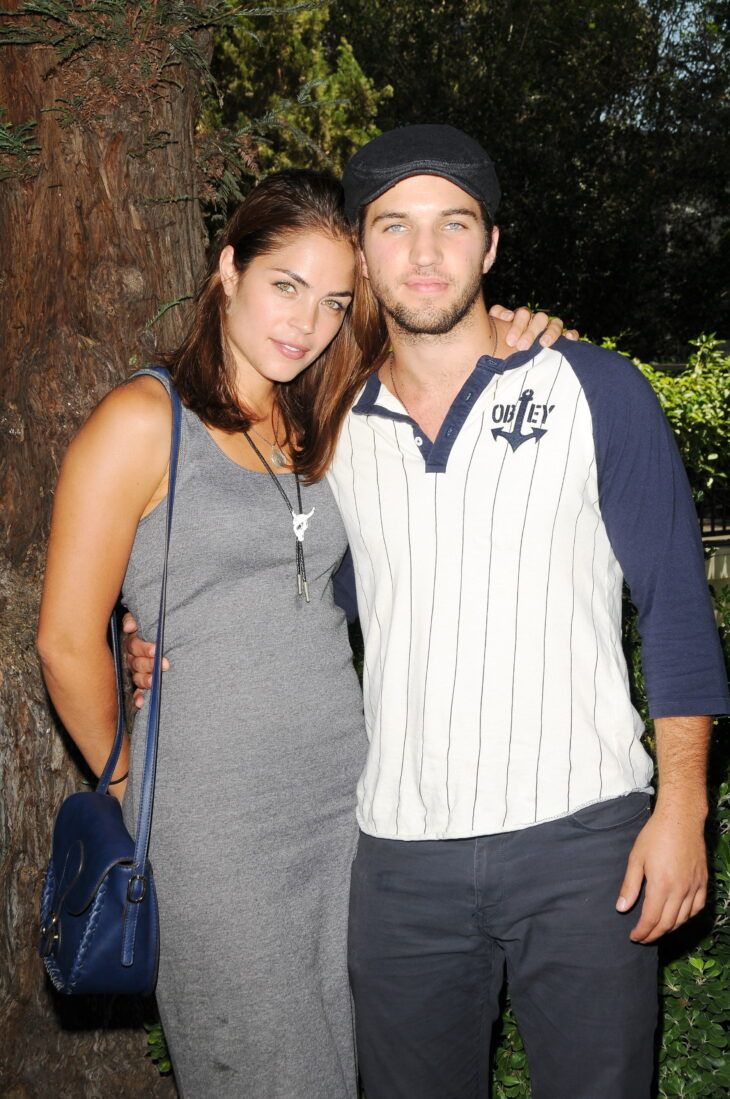 Is there anything better than watching your rock and roll boyfriend play gigs with his band? Not sure if there is! She’s a former Ford Model and he’s a former James Tudor underwear model, so it makes sense these two DOOL stars hooked up after they met on the set in 2014. Their two characters (Paige Larson and J.J. Deveraux) had quite a thing of their own on-screen. While Paige exited the show in 2015, O’Brien and Moss are still going strong with the cute couple posting photos on Instagram together and O’Brien supporting Moss’s band “Eyes of One” by attending his performances. 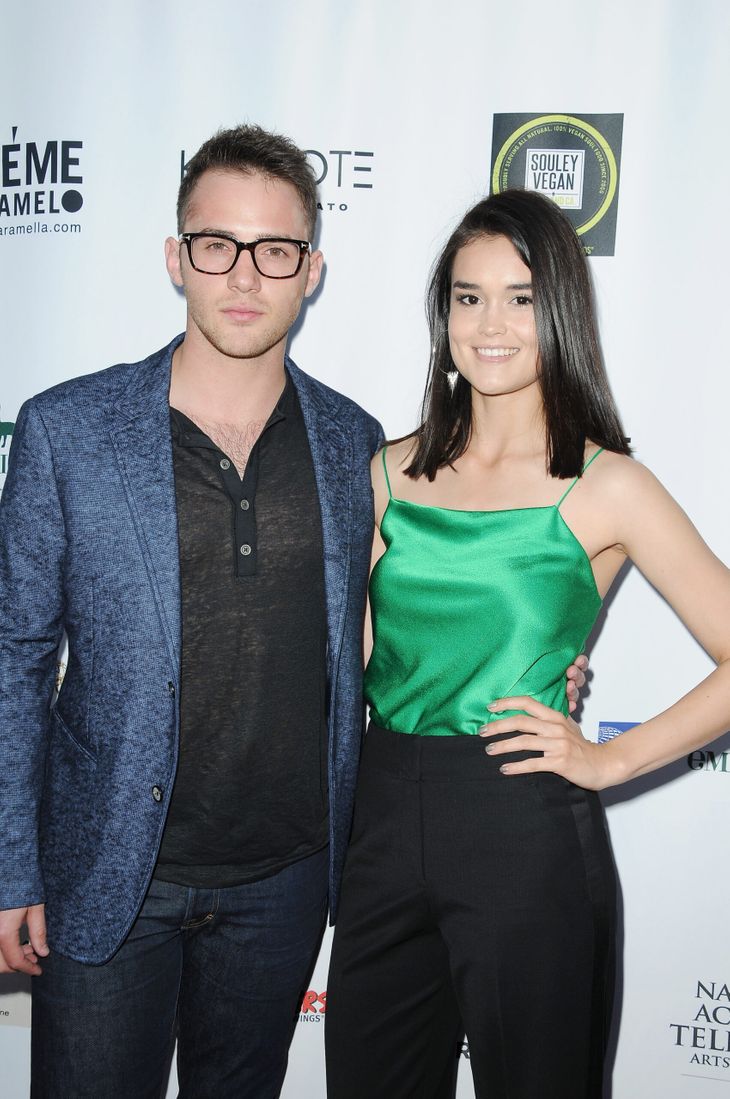 While on-screen Johnny Zacchara and Maxie Jones were never a couple, these two GH stars met on the set and had a whirlwind hook up in real life. They confirmed their relationship in 2013 and then secretly wed in the summer of that year. In early January 2014, the couple had a sweet baby girl named Harper. The bad news is the two announced they were separating in 2016. The good news? The split does seem like a friendly one, and if you peruse their Instagram accounts you will see just how well they are doing when it comes to co-parenting their daughter and ensuring they still do things as a family. 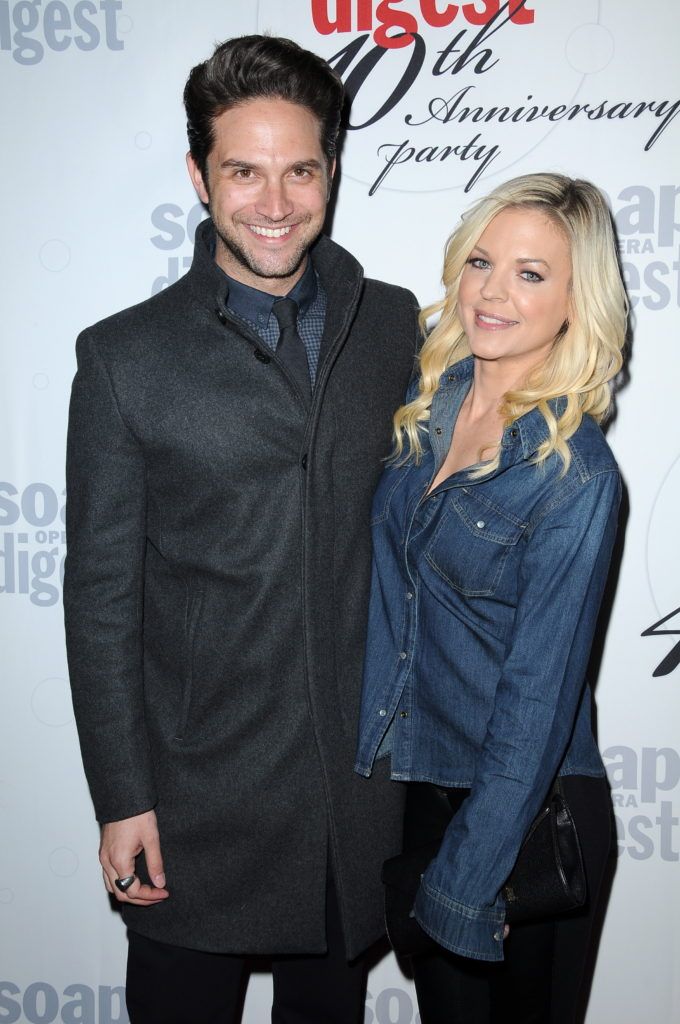 These two soap opera stars (now primetime star status for Justin thanks to his role on This is Us) didn’t meet on the set like some of the other couples on this list. He’s a former soap star from Young and the Restless (Y&R) and Passions, while Stause has had gigs on DOOL and the Y&R as well. They began dating in 2014 and were so smitten with each other that Hartley popped the question in 2016. Although they were married in October 2018, Hartley filed for separation in November 2019, citing irreconcilable differences. 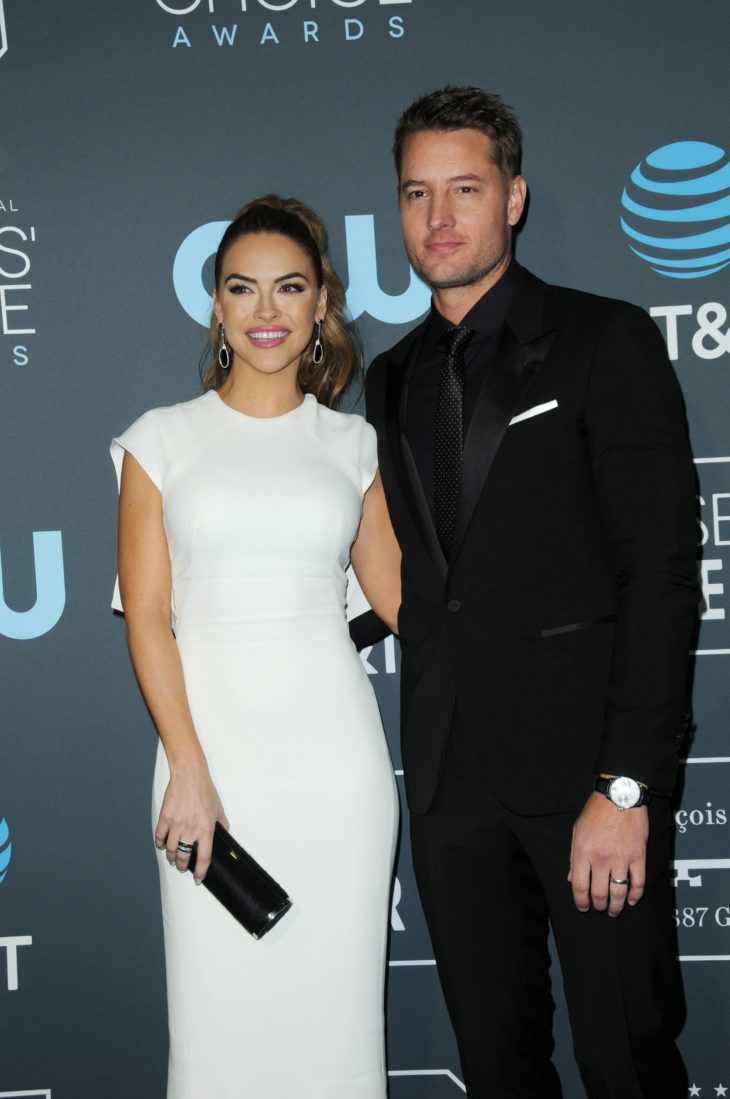